Are All Addicts Selfish? Exploring the Addiction Stigma

If you saw someone lying on the street, moaning in pain from a broken leg, would you think, ‘Man, that guy is selfish’ …? Probably not. Instead, you’d probably think, ‘Wow, that guy is in a lot of pain. Better get him some professional help right away.’

When someone has a physical injury, we don’t judge them – we just get them the help they need. Yet when someone has a mental or emotional injury – the kind that often leads to substance abuse – we tend to look at them with judgment. We think that they should “try harder” or “shape up.”

But what if we understood that, behind most addictions, we find untreated mental and emotional pain? What if we had compassion for those who suffer, and we helped them get the support they need in order to heal?

In this post, we’ll talk about the myths of selfishness and moral deficiency that have surrounded the addiction community for years. We’ll unpack what’s really behind addiction and debunk the idea that those who have addictions are “bad.”

The Myth of Addiction as a Moral Failing

When programs like the 12 Steps of AA gained popularity in the twentieth century, they filled a real need. 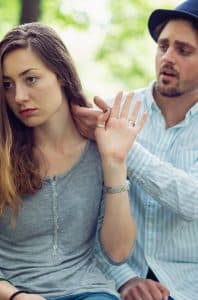 Before the advent of the 12 Steps, there was little in the form of structured support for recovery. Yet, while the 12 Steps have helped millions of people, they also contribute to the concept of addiction as a moral failing.

The 12 Steps are spiritual in nature, and they focus on themes such as connecting with a Higher Power, making amends, and living a life of service. All of these are admirable. Yet steps such as “[making] a searching and fearless moral inventory” and “[being] entirely ready to have God remove all these defects of character” don’t actually resolve the underlying mental health issues that lead to addiction in the first place.

For this reason, it’s all too easy for people to assume that, if they go through a 12 Step program and don’t recover, then there’s something wrong with them. Many in the addiction recovery industry have heard the problematic 12 Step community catchphrase, “It works if you work it.” This refrain implies that the fault always lies with the individual, never the 12 Step framework.

Would you tell someone with depression that all they needed to do was ask God to remove their character defects? Would you advise someone with anxiety to make a moral inventory in order to sleep at night?

Most of us realize that depression and anxiety are not moral failures; rather, they’re serious mental health issues that arise from unaddressed mental and emotional pain. These are the same issues that lead to addiction!

Is Addiction a Moral Failing or a Brain Disease?

So, is it better to consider addiction as a disease rather than a moral failing. Not necessarily…

As the brain disease model has gained popularity, we’ve seen the nature of the addictive stigma change, but not exactly decrease.

“The [brain disease model of addiction] does not necessarily lead to more benign attitudes to addiction among the general public and professional workers,” says Nick Heather, a clinical psychologist, alcohol researcher and Emeritus Professor at Northumbria University in the UK.

The brain disease model may remove the idea of addiction as a character defect, but it also supports the idea of powerlessness and passivity. After all, if you have a “chronic and relapsing disease,” then you may doubt your ability to heal from it!

Is there a middle way? Yes.

Dr. Marc Lewis, a neuroscientist and professor at the University of Toronto, states that, “The distance between the disease and choice dichotomies … there’s a place in the middle where you can think of addiction as a biological phenomenon, one which does not preclude choice.”

So if addiction is a biological phenomenon that does not preclude choice, what causes it in the first place?

The Real Root Cause of Most Addictions

According to the latest statistics, more than half of those who have a substance use disorder have what’s called a dual diagnosis: an addiction combined with a mental health issue such as depression, anxiety, trauma, or bipolar disorder. Left untreated, these mental health issues are the forces that drive addiction.

Our experience running a non 12 step rehab suggests that the percentages are much higher. The vast majority of people coming through our program have a dual diagnosis.

In the recent past, however, addiction and mental health issues were treated as separate and distinct conditions. For example, prior to the 1990s, individuals were required to receive treatment for substance abuse issues prior to receiving mental health services. This is called sequential treatment, and it’s a classic case of putting the cart before the horse.

In integrative treatment, individuals receive mental health services and addiction treatment at the same time through the same system…with the understanding that the mental health issue typically predates and precipitates the addiction.

The Truth about Addiction and Selfishness

How do mental health concerns such as depression and anxiety lead to addiction, though? In my experience, here’s how it works: 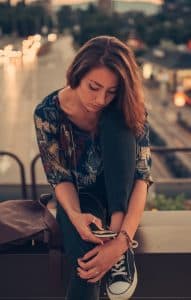 When people struggle with untreated mental health issues such as depression – which we define in our program as “anger turned inward” – they experience mental and emotional pain. The walls they’ve set up around negative emotions also prevent them from feeling positive emotions, and they experience numbness, apathy, hopelessness, and despair.

In such a state, is it any wonder that people reach for substances? When people feel alone with their trauma, grief, and loss, they are desperate to connect with anything…and drugs and addictive behaviors fill the void.

Author, journalist, and recovering drug user Maia Szalavitz puts it this way in her book Unbroken Brain: “Addictive behavior is not the root of the problem, it’s more like a symptom. Addiction is often a search for safety, rather than an attempt to rebel or a selfish turn inward.”

In summary, people who are addicted to drugs aren’t more “selfish” than the rest of us. That’s a hurtful, incorrect stigma. It’s more accurate to say that people with substance abuse issues are in pain and searching for safety.

Punishment, isolation, and shame don’t promote recovery; they only add to the pain and disconnection. When people heal from addiction, it’s because they’ve learned how to heal their mental and emotional anguish.

How do you do that? It’s simple, if not always easy: You apply love to the parts of yourself that hurt, and then you heal.