Addiction is Not an Omelet

I thought Mark Willenbring’s recent Pro Talk article was well thought out and interesting. Indeed we can point to genetic factors that increase vulnerability to addiction, and there is no doubt that environmental adversity, including loneliness and thwarted opportunity, are important contributors as well.

…all that money poured into genetic predictors of addiction might be better spent elsewhere.-Dr. Marc Lewis

Yet Willenbring concludes that nature and nurture combine in such complex ways that we are unlikely to put Humpty Dumpty, chicken and egg, together for some time. He says, “Our current inability to model a system like this has led to a lull in developing new approaches [to addiction treatment].” I strongly agree; all that money poured into genetic predictors of addiction might be better spent elsewhere.

But I would put the problem differently. The idea that genes and environments interact is well accepted. Yet it’s wrong. According to Steven Pinker, the renowned cognitive scientist, saying that genes and environments interact to produce behavior is like saying that CDs and CD players interact to produce music. In fact, they don’t interact. Interaction gives the idea of two causes that are added together, or combined in more complex ways, to produce an outcome. Rather, CD players can’t do a thing without CDs, and CDs can’t do a thing without CD players. Without one, the contribution of the other is exactly zero. They don’t interact, because they’re not in any sense separate. 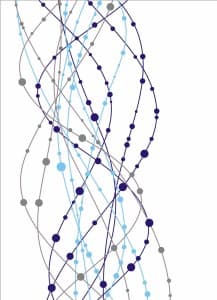 So what’s that got to do with addiction? First of all, the kinds of genetic factors we can point to as influencing addiction are things like impulsivity, extroversion, frustration tolerance – in a word, personality traits. (Dr. Willenbring’s emphasis on genetic sensitivity to various compounds doesn’t strike me as central. Smoking makes everyone nauseous at first… and then some people become smokers.) But the genes that contribute to personality can never be separated from their environment – not even a little bit.

…the genes that contribute to personality can never be separated from their environment – not even a little bit.-Dr. Marc Lewis

That environment starts with the chemical soup (read hormone levels, especially stress hormones) pumped through Mom’s uterus, which is a product of how her own (impulsive? anxious?) personality grew within a certain kind of family, social environment, and societal niche, as well as how her genes got passed on from the environments they worked in. And the environments of these pesky genes don’t stop feeding them with information (like a CD feeds a CD player information) for even one moment of the lifespan. So, if Mom was a nervous wreck, partly because she lived in poverty, and partly because her husband was abusive, then the body of the growing child came from poverty and abuse, not just from a bunch of genes. So the impact of poverty is carved in that child’s bodily organs, which certainly include his or her brain, which continues to process poverty as that child grows up.

…the impact of poverty is carved in that child’s bodily organs, which certainly include his or her brain, which continues to process poverty as that child grows up.-Dr. Marc Lewis

But it works the other way too. Bodies aren’t just formed by environments; environments are also formed (defined) by bodies. The Vietnam vets who famously kicked heroin when they returned to America weren’t just lucky enough to switch environments. Rather, they were lucky enough to be the kinds of people for whom that switch made a difference. I’m talking about the “structure” of their bodies and most of all the structures of their brains. And that structure was the result of their experience (in the army? in Vietnam?) and how that experience bubbled up through their nervous systems.

So where do we draw the line between the biological structure of a person’s brain and the world that person lives in? The answer is: we don’t.

The genes and environments that might predict addiction often don’t. A few years ago I shared a stage at the Sydney Writers Festival with a writer named Lemon Andersen – yeah, his name was Lemon – a slender, cool looking poet from Brooklyn with a Hispanic accent and running shoes. Lemon won a Tony in his twenties, for his self-styled performance poetry. He became a success in New York at a young age, and now in his thirties he was still going strong.

Do you know why Lemon has never touched drugs? Because he was afraid to. Simple as that. With all those genes and that terrible environment working against him, he took a different path. His own path.-Dr. Marc Lewis

Who would have predicted it? His parents met at a methadone clinic in Brooklyn. They were both long-term junkies, and they both died of AIDS. But Lemon has never taken drugs. He had sold them, to get by in an impoverished housing project, but he never took them himself.

When I first met this man, I wondered if there would be any rapport between us. The Beat poet and the dowdy professor? As it turned out, we talked for hours and promised to stay in touch. Maybe because we’d both struggled to get away from drugs. Maybe because we’d both found a calling that helped us feel fulfilled. Do you know why Lemon has never touched drugs? Because he was afraid to. Simple as that. With all those genes and that terrible environment working against him, he took a different path. His own path.

A lot of people are doing good research on genetic factors that predispose toward addiction, and Bruce Alexander’s work on addictogenic environments is brilliant. But so far, as Willenbring asserts, the result seems to be a lot of small pieces of a very large puzzle. It’s understood that complex genetic interactions are extremely hard to study. But that’s because genes don’t cause behavior. Just like CDs don’t cause music. At least not on their own. 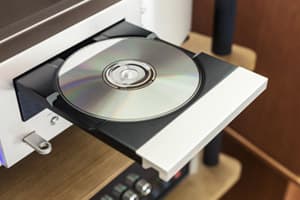 Genetic predictors of things like addiction don’t help us much because genetic factors can’t be separated – not even a little – from the environments they were inserted into: from societies to cells, from neighborhoods to the fumes off the furniture. People are so idiosyncratic, so individual, that neither genetics nor environments are good predictors of psychological outcomes like addiction.

If Dad was an alcoholic, then you’ve got a better than average chance of becoming one too. But good luck trying to isolate the genetic and environmental components of your inheritance. And of course, you may end up being a lot different from your dad. Most of us are.

It’s understood that complex genetic interactions are extremely hard to study. But that’s because genes don’t cause behavior. Just like CDs don’t cause music. At least not on their own.-Marc Lewis

So what should we do about all this diversity? How should we deal with the causes of addiction – since surely there are some? I’d say the best way to deal with them is to come to know the people we are trying to help very, very well. Not their background, not their genes, but what they made of where they came from, the music they created and continue to create, the way one song seems always to lead to another song, the size of the repertoire, the ongoing product woven by their development. Not the predictors that launched it.

I agree with Willenbring’s suggestion that more severe addictions invite more stringent approaches to quitting. But brain states are impervious to standard (linear) math. There are many occasions when addiction gets so aversive that quitting becomes more precious than using. That’s when it’s pursued with vigor and determination. In fact, we’ve all heard that people have to hit bottom, really hit bottom, before they’re ready to quit. And while this over-generalization is probably as flawed as any other, the phenomenon is indisputable.

Psychiatry generally tries to make sense of people’s problems by labeling their components. But people are much more complicated than the pieces they’re made of and the places they come from. We need to get to know them extremely well before we can hope to help them.

This article is in response to: Is Addiction Nature or Nurture, Chicken or Egg? It’s More of a Scramble by Dr. Mark Willenbring

Marc LewisAUTHORMarc Lewis, Ph.D. is a neuroscientist and professor of developmental psychology, recently at the University of Toronto, where he taught and conducted research from 1989 to 2010, and presently at Radboud University in the Netherlands. He is the author or co-author of over 50 journal publications in psychology and neuroscience. Marc experimented with a large variety of drugs in his youth, eventually becoming addicted to opiates. His addiction cost him several close relationships and led him into crime. He finally got arrested and convicted for theft, and he was kicked out of graduate school as a result. At the age of 30 Marc quit drugs for good, then reentered grad school and received his Ph.D. five years later. Around 2006, Marc's research led him back to addiction, this time as a neuroscientist studying the brain changes that amplify craving and weaken self-control. His recent book, Memoirs of an Addicted Brain, blends his life story with a user-friendly account of how drugs affect the brain and how addiction seriously alters neural chemistry and structure.
Take the next step