Addiction, like all behavioral disorders, is not a matter of objective, scientific evidence. Rather, it is based on a society’s idea of deviant behavior. So what is deviance? Deviance is any behavior which is disapproved of by the people holding power in a given society. In many Muslim societies a woman having a bare face is socially deviant. In earlier times, homosexuality in the US was socially deviant but now it has been reclassed as non-deviant and socially accepted (largely) behavior.

When a behavior is deviant, people classify it as a crime, sin, disease or public nuisance. Homosexuality in Colonial America was a crime punishable by death.  By the 1950’s homosexuality had been medicalized and called a disease by people who thought themselves very advanced and compassionate in doing so. “Conversion therapy” was common, in which licensed, MD psychiatrists attempted to change individual’s sexual orientations from gay to straight. Peter Gajdics, author of The Inheritance of Shame, speaks of being held down by two men while his psychiatrist screamed at him for being gay.

As recently as a decade ago, teenage boys were still sent to conversion therapy camps where a perverted version of the 12 Steps was used to attempt to change their sexual orientation. One young man reported confidentially that his parents sent him to such a camp at age 18 for an entire year. In his twenties, struggling with a substance use disorder (no doubt acquired in part due to the trauma of his conversion therapy experience), he found the 12 Steps of traditional rehab retraumatizing. Today, “conversion therapy” is gradually being outlawed. In nine states conversion therapy is outlawed for minors, and more and more municipalities are passing laws doing the same.

When Society Decides a Behavior is Deviant 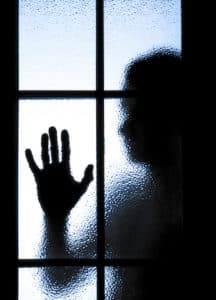 Likewise, cigarette smoking was considered a socially acceptable, and in many circles almost mandatory, behavior in the 1940’s. In the 1960’s when it was announced that cigarette smoking caused cancer, the Surgeon General wrote a long essay on why smoking cigarettes was a habit and not an addiction. Why would this be?  Because we all had friends and relatives who smoked: in fact, more than half of the country smoked cigarettes. We knew that THEY were not evil and that drug addicts WERE evil. By 1980 cigarette smoking had been reclassified as an addiction by the American psychiatric association and was gaining in deviance, as smokers were shunned as policies and laws were passed making smoking in public places illegal. Smoking came to be seen as an addiction just like addiction to alcohol: a disease and an anti-social behavior, which, while legal, could cause one to lose friends, status and even employment. Today, many employers refuse to hire employees who smoke.

A more extreme example of the subjectivity of defining substance use occurred in Ottoman Turkey, where opium eating was common and legal, even under the rule of Murad IV, when coffee drinking was declared a crime punishable by being sewn up in a bag and thrown in the Bosporus River!

Unlike malaria, where the presence of disease is determined by the presence or absence of a pathogen, and there are absolute criteria of who is infected and who is not, behavioral disorders have very fuzzy boundaries and may become non-disorders as society changes its judgments of which behaviors are acceptable and which are not. When society decides that a behavior is deviant, it winds up classed as a disease or a crime. And all deviance is quite socially relative. Moses, Jesus, and Mohammad are all considered prophets because they reported that God spoke to them. Yet there is a common saying among psychology students today which goes like this: “If you talk to God then you are religious, but if God talks to you then you are schizophrenic.”

A History of the DSM

The Diagnostic and Statistical Manual of Mental Disorders (DSM) is published by the American Psychiatric Association and is the manual that mental health clinicians use to diagnose “disorders.” Psychiatrists, psychologists, social workers and other mental health professionals use it to label those presenting with mental health issues, including problems in their relationships with alcohol and other drugs, and insurance companies, the courts, pharmaceutical companies and even schools and employers rely on these diagnoses to make critical decisions that can affect a person’s life.

The first edition of the DSM which was published in 1952 classified homosexuality as a mental disorder. Homosexuality remained a mental disorder until 1973 when a majority vote of the American Psychiatric Association declared it a non-disease. This is but one example of how “disease” or “disorder,” in the case of behaviors, is entirely a social construction: not a matter of science, but of the opinion of those in power, in this case, the psychiatric establishment. Would that we could also cure malaria or cancer through something so easy as a vote by the AMA. Unfortunately, real diseases are more recalcitrant than this.

This created a much more realistic view of the alcohol use patterns of regular people, not just those with the resources, motivation or family, employer or legal pressure to go to rehab.-Kenneth Anderson

What does this have to do with “alcoholism?” While still a commonly used term, and thousands of people identify themselves as “alcoholics” in the rooms of Alcoholics Anonymous and in public and private life, “alcoholism” was removed as a diagnosis in the DSM in 1980 with the publication of the DSM-III. It was replaced with a series of criteria that defined Alcohol Abuse and Alcohol Dependence, then the DSM-5 replaced these with criteria defining Alcohol Use Disorders (AUDs). These criteria described not a disease but a series of effects alcohol had on a person’s life, including trouble in relationships, difficult fulfilling major obligations such as at work, home or school, or legal issues. Cancer, diabetes or tuberculosis are not diagnosed by one’s ability to show up at work or do the dishes at home: they are identified by objective criteria such as the presence of malignant cells, high and unstable blood sugar, or infectious bacteria. Behavioral disorders are entirely subjective: those in power decide who meets the standard for acceptable behavior and pathologize those who do not.

The third wave of the National Epidemiologic Survey on Alcohol and Related Conditions (NESARC) is a giant epidemiological survey conducted by the National Institute on Alcohol and Alcoholism (NIAA). Initiated in 2001 – 2002 with a second wave in 2004 – 2005 and a third wave conducted in 2012 – 2013. This large, cross-sectional survey interviewed over 40,000 people at a time on their current and past alcohol use. Unlike previous studies on alcohol related behaviors, this study sampled the general population, not only populations taken from those who had received treatment. This created a much more realistic view of the alcohol use patterns of regular people, not just those with the resources, motivation or family, employer or legal pressure to go to rehab.

The third wave of NESARC created an opportunity to compare the new criteria for substance use disorders published in the DSM-5 with the old criteria in the DSM-IV.  The fascinating results of NESARC-III were that when DSM-IV criteria for AUD were applied, 43.6% population met the criteria for AUD at some point in their lifetime, whereas when the new DSM-5 criteria were used, only 29.1% met criteria for AUD. With the change in the DSM’s definition of Alcohol Use Disorders bringing down the percentage of Americans diagnosed with this disorder from 43.67% to 29.1%, this means that 46 million Americans were “cured” of Alcohol Use Disorders overnight. Not only were they cured, but they had never had the disease even if they had been treated for it and insurance had paid for it.

Another interesting fact is this: there are 11 criteria for Alcohol Use Disorder in the DSM-5, and people meeting any two of these criteria are defined as having AUD.  This means that there are 2,036 possible different combinations of criteria which can define AUD. In other words, there are 2,036 kinds of “alcoholism.” A far cry from malaria!

Deviant Behaviors Are Defined By Those in Power

Relationships to substances are not diseases: they are social constructions of deviant behavior as defined by those in power. In Harm Reduction we argue that these labels are damaging, demeaning, and a violation of human rights. People should have the right to define their own relationship to substance (as long as they are not putting others in danger), not to be forced into treatment, prison or worse, for use of an intoxicant. The history of changing diagnoses through the evolution of the DSM is evidence that substance use disorders are not real medical “diseases”; rather they are labels used to exert social control over groups defined as deviant, usually applied more stringently to people of color and the poor.

And remember, if anyone today tells you they’re an “alcoholic,” you should tell them they are wrong, since “alcoholism” has not existed since 1980, when it was removed from the DSM.