30,000 Feet: Taking the Mental Health Discussion Farther Than Ever Before

Most of my contribution to advancing the mental health dialogue nationally has come by discussing mental health as it pertains to the National Basketball Association  – one of the world’s most recognizable sports brands – battling an incorrect narrative and characterization of arrogance, martyrdom and an inability to fly on airplanes.

In my advocacy of recognition and policy reform within that industry, I’ve received support and criticism of many different extremes. Regardless of detractors, there’s no denying the importance of mental health, in all workplaces, and the pivotal role major corporations will play in realizing the advancements in comprehensive health initiatives. However, there’s much more to this conversation – there’s so much more to advancing mental health.

Once we commit to a solution for this issue on every societal level, it’ll be exciting to see what the quality of the human experience can be as we move forward.

Now is the time for that change.

In many ways, the national dialogue around mental health conversation has advanced. The scientific evidence offers irrefutable proof that we ignore mental health to our detriment, and that this only leads to poorer health outcomes and a significant societal cost. 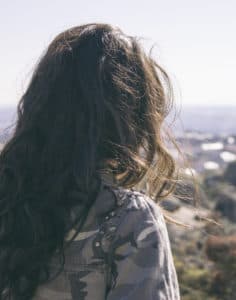 We are already witnessing a true culture shift – one that is ushering in large scale consensus on the importance of mental health and even receiving bi-partisan political support. Of course, we’ll see soon if the participation matches the rhetoric. Regardless, we are seeing more public figures, community leaders and common citizens show enormous courage in sharing their experiences or views on the mental health challenge.

Simultaneously, many of the social issues we historically compartmentalized – and have given “other” classifications – now come with a common denominator that the public is slowly identifying: “Wellness.”

Inequality, poverty, unemployment, worker productivity, crime, drugs, addiction, education, child development, marriage, LGBT, military, policing, general health, etc. all continue to give us a glimpse at the fundamental importance of mental health. People are now starting to realize and relay mental health as a primary factor in a diverse number of issues. Although it has been greatly denied by the mainstream, mental health is not that different from other social issues. It is a common historical trend in society for rational ideas that could help the quality of life rise to new plateaus, be held off and given descriptions like idealistic, progressive or radical. As such, mental health, like many other social issues, has experienced unnecessary delays. What is evident, though, is in a society with space and time to critically think, certain issues become increasingly unavoidable.

What, specifically, has led to mental health taking such a major backseat in our efforts for reform? Even now, with participation and discussion at an all-time high, mental health is still extremely under serviced, under prioritized, and often misunderstood. Which, to most would seem like a catch 22, but is actually more indicative of the starting line in which the mental health conversation came from.

Yes; we’re talking, and as good as that is, it’s not nearly enough. Given what we know scientifically, a state of emergency to restructure mental health care would be totally palpable. We need to seamlessly integrate mental health throughout all of healthcare. There is an economic argument to this as well alongside the moral one.

Yes; we’re talking, and as good as that is, it’s not nearly enough. Given what we know scientifically, a state of emergency to restructure mental health care would be totally palpable.-Royce White

What’s stopping this progress – besides a longstanding history and culture of fragmentation?

There’s the huge red sign that screams out “stigma” to anyone experiencing mental health struggles, also to those who aren’t or most likely will at some point in the future. Standard cost-benefit analysis models in business have never truly emphasized wellness, but they have certainly influenced the healthcare system and political budgeting. Even general misinformation has been an enormous hindrance for mental health.

Even with all of those systemic and cultural obstacles, there is an even more innate adversary we face on the journey to actualizing optimal mental health care: the basics of a perceived inconvenience.

If we take the term “mental health” – something I like to define as “The quality of an individual’s interaction with their internal and external environment” – it becomes an incredibly broad idea, one that is often confused with the term mental illness. Given the many complex layers of a modern society, the nature of mental health science and the topic itself amplifies personal and interpersonal accountability. There isn’t a single part of our lives that doesn’t start with our feelings, perspective, ability to reason and problem solve, while interacting with others. From the time we wake up until the time we go to sleep, thought is a constant. (And even in our sleep.) With that in mind, there’s isn’t a part of human life where mental health isn’t fundamental in our results. That’s is a scary notion, for everyone, and makes it a tough concept to buy into. A complete buy-in could, quite possibly and logically, change our entire way of life. Many of our societal practices are insensitive and neglectful to the fundamentals of our psychology. The mental health science and conversation lends a very concrete foundation for humanity’s interconnectedness. An idea we only discuss mostly in a metaphorical context.

The hesitancy to integrate is explainable and understandable. It isn’t, however, reasonable or justifiable.-Royce White

Many people already accept that what we do with our bodies is going to be a good indicator of our general health or overall quality of life. Do we smoke cigarettes or drink alcohol? What are we eating? What are we exposed to? Do we exercise? We have tried to solve these questions and integrate solutions into the way we navigate our daily lives, aiming for a chance at creating better health and adding more predictability to the way we feel and function. Even as science gives us better pathways into the area of general health, we still see many people experiencing shortcomings at being able to capitalize on the cutting edge developments of human living. 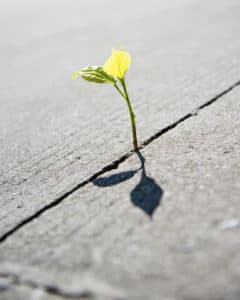 There are a variety of serious roadblocks for the wellness components that we do pay attention to. For example, a well-balanced meal that doesn’t include processed food or beverages can be very expensive and create serious time constraints for the majority of citizens in America, much less around the world.

Diet alone can create financial and time conflicts; add in daily exercise and it’s not hard to see why many people – who now know they should have a greener diet or more exercise – still have trouble implementing it.

Of course, integration of the mental health conversation, mental health care and mental illness has continuously been backlogged. It’s a broad stroke of our existence that magnifies our fallibility. Not only has it been back logged by government and corporations, but also communities and individuals. It’s a huge commitment, but it doesn’t have to be so complex.

Even though the human brain is probably one of the most complex systems on the planet and it isn’t a far stretch that, in the future, we will discover that, in search of health and wellness, mental health should have not only parity, but first priority. In the interim, let’s just recognize the apparent mental health parity as an overdue and necessary first step. People shouldn’t talk about exercise, diet or health without discussing mental health. Benefits shouldn’t be offered without a more robust offering for mental health and substance use treatment.

I know my next move.