If you’re looking to help yourself or someone you love struggling with alcoholism or drug abuse in Lancaster, CA, Rehabs.com supplies a large online database of inpatient programs, as well as a host of other alternatives. We can support you in finding addiction treatment clinics for a variety of addictions. Search for a perfect rehabilitation clinic in Lancaster now, and set out on the road to clean and sober living.

More Info About Rehab in Lancaster

The staff was caring and passionate for helping with my needs. They personalized my treatment to adjust and provide the best service possible. 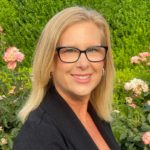 Angela Lankford
Program Director
California Highlands Vistas
Angela Lankford is a Licensed Vocational Nurse with over five years of experience in substance abuse treatment, providing compassionate care and professional expertise in the field of nursing. During the last five years, she has worked as a detox nurse and collaborated with her peers on new ideas and policies for different organizations. She also worked as the nursing supervisor where her management skills and resources were brought to the table. Prior to receiving her nursing license at Northwest College, Angela worked in managed care and claims, provided care in a private in-home setting for the medically fragile, and volunteered with hospice cases. Her passion to care for others has stemmed from her childhood where she took on a “Florence Nightingale” role as her family would say, caring for her family and friends who had fallen ill or who were in need at a young age. Angela has participated in community events over the years and helped with feeding and providing necessities to the homeless and also spent time as a high school cheer coach where she worked with the youth of her hometown. Reese Morgan
Executive Director
The District Recovery Community
Reese Morgan is our Executive Director, however our relationship with Reese didn’t start as such. Reese began his journey with us as a House Manager four years ago, and that’s when he developed his passion for working with others. That very same passion for helping others and watching our clients lives materialize is what motivates Reese on a daily basis to help to ensure Renaissance Recovery remains a safe, structured, and culturally sound environment for our clients. Serving as Executive Director, Reese provides oversight of all the day to day operations of Renaissance, lending support to each department whenever necessary. Dr. Montoya Whitfield
Primary Therapist
Divinity Recovery
Montoya has been in the field of mental health for over 12 years. Dr. Whitfield has experience with the following populations; children, adolescents, young adults and families. Specialty diagnosis; Anxiety, Autism, Eating Disorders, Depression, Substance Abuse and Trauma. Dr. Whitfield brings a wealth of academic experience as well, she has her BA in Mass Communications, M.A. in Marriage and Family Therapy and she recently completed her Doctorate of Psychology (PsyD) in Applied Clinical Psychology.
More Info
Search Lancaster Rehabilitation Programs Lancaster drug rehab programs have to keep up with new developments in substance abuse. The illegal drug market is constantly changing, and in a community like Lancaster, which is close to major California cities like Los Angeles and Bakersfield, the latest chemical intoxicants are always accessible. Among teens and young adults, the use of club drugs has become a popular trend -- and a big health risk. Many of Lancaster's younger residents first use club drugs recreationally, experimenting with them at a party or dance.

But with continued use, club drugs can cause dependence and addiction, along with an increased risk of accidental injury, sexually transmitted disease, overdose and death.

The Dangers of Club Drugs

Fun, cool, risky, sexy -- all of these terms are associated with club drugs like Ecstasy, GHB and ketamine. But the University of California cautions that these drugs can cause dangerous side effects, such as:

A Guide to Enrolling Into a Rehab Facility

Club drugs are used to enhance the fun of parties, raves and dance clubs. Most drugs that fall into this category are stimulants, but some have a hallucinogenic or tranquilizing effect. According to the City of Lancaster, club drugs may include synthetic "designer" substances like Ecstasy and GHB, prescription drugs like ketamine, and illicit drugs like meth and cocaine. Because many club drugs are manufactured illegally, it's impossible to know how the drug was produced, how potent it is or whether any harmful chemicals were cut into the product. To make the use of club drugs even more risky, these chemicals are often ingested with straight alcohol or alcoholic energy drinks.

Some teenagers experiment with club drugs out of curiosity, while others try them out of peer pressure. Still others may get involved with Ecstasy, cocaine, meth or ketamine because they're trying to cope with an undiagnosed mental illness. It's never too early -- or too late -- in the process of addiction to seek therapeutic intervention for a teenager who's in danger of addiction.

Lancaster drug treatment centers serve the residents of Antelope Valley regardless of the nature of their addiction. Whether you or your child is dabbling in drugs or you've reached the point that you can't control your use, treatment is available at your stage of the disease.

Our addiction professionals can help you narrow down your options and find a rehab facility that fits your needs.