If you’re looking to help yourself or someone you love struggling with drug or alcohol abuse issues in Grand Junction, CO, Rehabs.com houses a massive online database of exclusive clinics, as well as an array of other choices. We can assist you in discovering drug and alcohol treatment clinics for a variety of addictions. Search for a top rehabilitation program in Grand Junction now, and get rolling on the road to recovery.

Latest Reviews of Rehabs in Colorado

Staff are highly supportive in CTS treatment and target realistic goals. My daughter has struggled with addiction for years. This facility has helped her focus on sobriety but also learn how to work on past trauma and establish tools to be successful in the community.

Coming to Rites changed my life! I tried for well over 10 years to overcome my addiction. It was only in coming here and learning to work through my trauma that I found healing. The people at Rites of Passage taught me the tools I desperately needed in order to live a happy healthy life as a whole being.

I have dealt with many other rehabs and I was a bit skeptical on what Narconon Colorado had to offer. But I have got to say this was truly one of the best decisions I have ever made it literally saved my best friends life. She had been to rehab after rehab after rehab and they just didn't work! Narconon was her last chance and boy I wish we had gone here first. She has been drug free now for over a year and the biggest thing is that her cravings are gone. We are so grateful for Narconon. I know that they get some flak because they don't use drugs - but don't listen to that nonsense because Narconon works and I will forever be a believer! 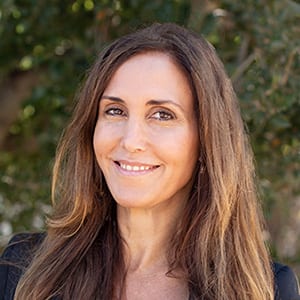 Dr. Shahla Modir, MD
Chief Medical Officer
All Points North Lodge
Shahla Modir, MD joins APN Lodge as Chief Medical Officer with over ten years of experience in addiction, psychiatry, and integrative medicine. She is dual board-certified in Addiction and Psychiatry, serving as a diplomate of the American Board of Psychiatry and Neurology and its Addiction Psychiatry certification. Dr. Modir completed a residency in General Psychiatry at Harbor-UCLA Medical Center and a 2-year fellowship in Addiction Psychiatry at UCLA Medical Center. For the past ten years, Dr. Modir has worked as medical director and chief psychiatrist for various dual diagnosis residential facilities. She collaborated with the leading experts from UCLA Integrated Substance Abuse Program to develop inpatient evidence-based treatment programs. This blend of experience has built her the credibility to evaluate and treat even the most complicated of patients. Dr. Modir has often served as an Addiction Psychiatry expert on various TV shows including The Doctors, Dr. Oz, Dr. Drew Life Changers, and the local ABC news. Dr. Modir is a licensed buprenorphine provider and a dual diagnosis expert. She received an NIH grant to study the effects of acupuncture and motivational interviewing on methamphetamine withdrawal symptoms and is trained in evidence-based psycho-social therapies such as motivational interviewing, cognitive behavioral therapy, and dialectical behavioral therapy. She also has expertise in pharmacogenetic testing and MTHFR mutations. To round out her expertise at APN, Dr. Modir is also an Integrative Medicine expert. She is certified by UCLA-HMI to perform medical acupuncture and has completed a 2-year clinical Ayurvedic medicine specialist program. She was a Bravewell scholar and completed the Associate Fellowship at the University of Arizona Program in Integrative Medicine, led by renowned expert, Dr. Andrew Weil. She worked as an integrative medicine specialist and lecturer with Dr. Deepak Chopra at the Chopra Center. She also wrote a chapter for the textbook, Integrative Cardiology, edited by Jack Vogel, M.D., on Ayurvedic approaches to cardiovascular disease. 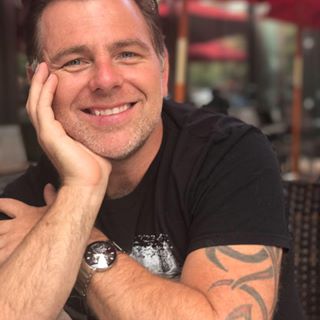 Eric Lapp
Founder
The Raleigh House of Hope
Hi, I’m Eric Lapp, the Founder and CEO of the Raleigh House. Just this year, we’ve celebrated our 10th year of serving our community. One thing I’ve learned after working with over a thousand families is that substance abuse devastates families. It destroys lives but most importantly, people do recover and families get better. Long ago I discovered that addiction stems from years of LIFE and it is just a symptom of something more going on. We didn’t cause it but it is our job to figure out how to live a healthy life. The Raleigh House takes a multifaceted approach to treating addiction but first we have to understand the contributing factors of why and how it exists in the first place. At The Raleigh House we are careful to understand what is driving the substance use and the behaviors. We understand that addiction in some cases is a family disease, patterns and behaviors started at a young age that later manifested as problematic substance use and mood irregularities. In order to treat the desire to use, drink and act out unhealthy behaviors we have to grasp the entire picture. What was the childhood like, was there enough attention, was there enough love and nurture, what about support and discipline? Was there space to make choices, was there guidance if there was a better decision? Where did it come from and what prohibitin advancement in life. At The Raleigh House our job is to raise awareness and begin the transformational process, your job is to keep it!
More Info
Comparing Grand Junction Recovery Centers As the most populous city of Western Colorado, Grand Junction runs the gamut in terms of positive and negative attributes. Various forms of substance abuse would fall within the negative category, but the problem has been addressed by programs for drug rehab in Grand Junction. Sadly, people often develop problems with drugs while still in their teens.Variations of Rehabilitation Approaches

Cigarettes and gateway drugs are often first encountered in middle schools, which makes it crucial to intervene when addictions surface in your teenage son or daughter.

While it's widely known that smoking leads to lung cancer and emphysema, this can all seem light years away to most teenagers. Innocently enough, teens often take up smoking under the false impression that they'll quit long before any problems emerge. As with many habits developed during adolescence, however, early nicotine addiction can last a lifetime.

In What Age Group Does Smoking Take Root?

The National Institute on Drug Abuse (NIDA) estimates that 440,000 Americans are killed by cigarettes each year. These deaths are often sown by decisions made early in life, as indicated by the overall percentages of teenage smoking.

According to the NIDA, smoking catches on among teens at the following rates:

NIDA concludes that 90 percent of all smokers start by age 18. Clearly, the smoking population could be drastically reduced if adults set better examples and intervene when necessary upon the formative habits of teenagers.

If your son or daughter starts smoking in spite of all the cautionary school courses, counseling might be needed at a more advanced level.

Call our number for more information on the Grand Junction addiction treatment programs that will help your teen live a smoke- and drug-free lifestyle.