If you’re looking to help yourself or someone you love struggling with drug or alcohol addiction in Duncanville, TX, Rehabs.com offers access to a large online catalog of executive programs, as well as a host of other alternatives. We can help you find substance abuse treatment centers for a variety of addictions. Search for a high-quality rehabilitation clinic in Duncanville now, and get moving on the path to sobriety. 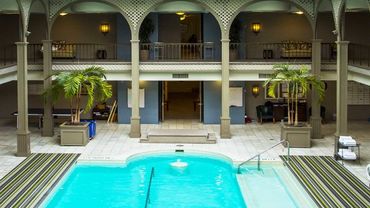 More Info About Rehab in Duncanville

Clean and professional. Not enough facility staff. In a remote area and no eating places after hours.

Staff was great but cost was a negative aspect. Beautiful outdoor deck and amazing group leaders.

CCR is an excellent place for you or a loved to receive treatment. The staff is highly knowledgeable in the treatment of co-occuring disorders, grief, trauma therapy and CCR meets each and every client right "where they are at". Every staff member treats you, the client, with the utmost dignity and respects and recognizes that healing and long term recovery comes from exploring the broken places inside of us all. CCR offers both 12 step and SMART Recovery options. More variety in health and wellness activities. Dean Sims (LCDC)
Clinical Director
AIM Recovery Center
"To achieve lasting change, you have to change at the emotional level. It took me 20 years to realize this. I had gone through trial and error, attempt after attempt, and I got nowhere but depressed. In my mind, I wanted to change, but just couldn’t stick with it. Once I learned to address the underlying causes, my emotions no longer fought against my mind, and I was able to quit my own addictions, and stay quit. That’s the trick! I can teach you to do that too at AIM, and it won’t take 20 years! For me, there is nothing more rewarding than working with clients as they identify their core recovery issue. I help clients find their own life purpose and create a life vision for themselves; something more meaningful than using drugs or alcohol. I know my purpose is working with clients just like you at AIM. What’s your life purpose or vision for yourself? I’m intensely interested in finding out." Rachel Truelove, LCSW, LCDC
Clinical Director
Banyan Texas
Born and raised in Texas, Rachel graduated from Texas State University with a BA degree in Mass Communication and Journalism and an MA in Social Work.  She is both a Licensed Chemical Dependency Counselor and a Licensed Clinical Social Worker.  Her career path to help others on their sobriety journey was fueled from her own long-term recovery and personal experiences.  Rachel started working in residential treatment in 2010 as a direct care staff and then onto holding various roles of tech, counselor, intake, admissions manager, and clinical director.  Rachel brings her experience, compassion, and methods of best-practice therapeutic interventions to the Banyan Texas team. James Carrell, LMSW, LCDC
Lead IOP Therapist
Greenhouse Outpatient Treatment Center
In his extensive practice working as a therapist, case manager, and sober coach at Greenhouse Treatment Facility, Carrell has always facilitated group and individual therapy with an eye to an individual’s whole journey in recovery. Actively involved in the client’s long-term strategy, Carrell encourages 12-Step networking, assists with sober living placement, and offers clients a clear view of the landscape of aftercare. An active member in good standing of Alcoholics Anonymous for over a decade, Carrell has spoken for nationally-recognized organizations such as Mothers Against Drunk Driving (MADD) and has volunteered at the local affiliation of Chemical Awareness, Resources, and Education (C.A.R.E.). Carrell recently became a Certified Daring Way Facilitator (CDWF), the cutting edge process on shame resilience and vulnerability, established by Brene’ Brown. Carrell is well known by clients for building trust and comfort in the therapeutic space with his capacity to listen and connect.
Texas Treatment Facts

More Info
Select Duncanville Rehab Centers Following his parents' divorce in 1969, the well-known singer-songwriter Elliott Smith moved with his mother to Duncanville, Texas, a suburb of Dallas, where he lived for almost 14 years. Despite turning out a string of widely praised albums in the 1990s and early 2000s, Smith displayed increasingly inescapable evidence of his addiction to alcohol, antidepressants, and eventually heroin. A number of friends tried to stage interventions to convince Smith to seek help, but without success. The musician died of an apparent suicide attempt in 2003.

Duncanville addiction treatment centers are available to assist those struggling with dependence on drugs or alcohol. Such centers can be extremely helpful even when friends and family are unable to make a difference.

It often takes professional care to assist someone in breaking their addiction to harmful substances. Elliott Smith tried rehab programs on a number of occasions, but found that he was unable to relate to their style of treatment, including the traditional 12-step program. Holistic programs can be useful alternatives to such traditional rehab programs, which tend to focus primarily on the physical and sociological aspects of addiction. Holistic programs, on the other hand, focus on a number of different aspects of health and well-being, and for this reason may, in some cases, be more effective.

There are a few different variations of holistic treatment programs: