A Complete History of Ecstasy 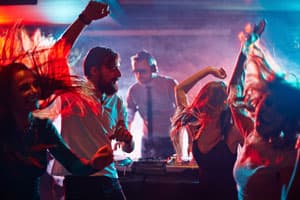 Ecstasy is a popular drug with ravers and party goers thanks to its euphoric and stimulatory effects. It helps people dance the night away and doesn’t lead to severe hangovers, unlike alcohol. Like most drugs though, it can have deleterious effects. It’s also one of the safer illegal drugs, although being in a cage with a great white shark and having the Jaws theme tune piped through underwater speakers might be safer than taking heroin or crack.

The principle ingredient of ecstasy should be MDMA, although this isn’t always the case. The history of MDMA goes back over 100 years.

It was first discovered, as with many chemical compounds, by the Germans, who were synthesizing everything they could lay their hands on. Amphetamine had been discovered in 1887, and in 1912, Anton Köllisch created MDMA as an intermediate product of another reaction. This is a bit like when you create the tasty batter of a cake—it’s not the raw ingredients of the flour, eggs, and water, but it isn’t the finished product, either. The chemist noted that he’d made a new compound and moved on.

It was briefly reexamined in 1927 and then laid dormant for another few decades. The idea that MDMA was used as an appetite suppressant during this time is laughable; Merck, the company for whom Köllisch was working, patented the chemical only because it was a precursor to making the drug they wanted, and the company didn’t even worry about the compound for another 15 years after it was made. If it had been used as an appetite suppressant, Merck, with its characteristic Germanic efficiency, would’ve recorded and noted a battery of pharmacological tests.

Now that we’ve got that misconception cleared up, we’ll move on.

MDMA was then tested covertly by the US military in the ‘50s. The usual explanation for this is that they were searching for a truth serum, but this seems unlikely for a number of reasons. First, the tests were conducted on animals. While animals can lie, a truth serum wouldn’t be much use on them. It’s much more likely that they were looking for new chemical weapons and that MDMA was one of the many chemicals synthesized for this purpose.

“…helps people dance the night away and doesn’t lead to severe hangovers, unlike alcohol.”-Rehabs.com

Back to a less sinister theme, now.

MDMA had already been patented and couldn’t be repatented, so little research was carried out by various companies on this compound. After all, they couldn’t profit from the drug because as soon as an acceptable use was found for it, the drug would be made by everyone else, and all the money put into various medical trials would be lost.

However, a chemist by the name of Alexander Shulgin began to show an interest in various hallucinogenic compounds. Shulgin had been born in 1925, had served in the US Navy, and eventually earned his PhD in 1954. During his time with the Dow Chemical Company, he created the world’s first biodegradable pesticide, mexacarbate, which was marketed under the name Zectran.

This made Dow a lot of money, and the company rewarded Shulgin by allowing him to research pretty much anything he wanted. Having tried mescaline in the late ‘50s, Shulgin decided to experiment further with various psychotropics. He reasoned that psychiatry was a growing field and that hallucinogenic and mind-altering drugs might be the answer to curing various disorders.

Shulgin eventually left Dow in 1965—partly because he tested various psychoactive drugs on himself—but he immediately started doing research work for the DEA. This let him legitimately research various illicit compounds, and in 1976, he tried MDMA after apparently hearing about it from various friends.

The first batches of MDMA had already been discovered in Chicago in 1970, and by 1975, it had been banned in the UK. It was virtually unknown in the United States, however.

Shulgin had built up a professional network of psychotherapists, and he passed on the drug to one of them, Leo Zeff, who was reportedly about to retire. Instead of picking up his pension, Zeff expanded his practice as a result and went on to use it during his talk therapies to encourage those suffering from various conditions to talk. Perhaps up to 4,000 psychotherapists around the world were introduced to MDMA during this time, and a number of them experimented with it, both personally and professionally. They noted it induced a feeling of calm and peace while providing enhanced sensations. 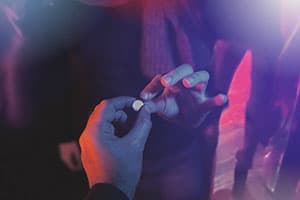 With the use of MDMA spreading, psychotherapists tried to keep it relatively quiet, but the DEA eventually cottoned onto the drug. It started being found in more and more raids, and people were reporting contamination of the drugs. Something had to give, and in 1985, the DEA used a recently imposed law to ban ecstasy.

The reason for this new law was because a drug had been sold to heroin addicts in 1979, a legal group of drugs had been sold as an alternative to heroin. Addicts rushed to buy these compounds, which were marketed under the name China White. The drug was alpha-methylfentanyl, and it caused several people to overdose. This was a nightmare for the DEA as they only had the power to ban specific compounds, and adding another functional group that didn’t restrict the effects of the central compound is relatively easy for back-street chemists. Eventually, the DEA was given the ability to restrict families of compounds, and they were also given the ability to enforce temporary bans.

It was this law that was used to ban MDMA, which had started getting the street name ecstasy.

MDMA was given a Schedule I rating, which meant it automatically criminalized anyone using it. The basis of this ban was that ecstasy produced long-term issues in rats. A hearing resulted, and proponents of MDMA argued that the drug had therapeutic value, and the judge presiding over the case recommended that the drug be placed on Schedule III. The DEA ignored this recommendation and permanently placed it on Schedule I.

Since then, limited trials have taken place, and it became one of the first psychoactive drugs approved for human testing by the FDA.

The main risk with ecstasy is that you never know what you’re getting. The average purity of an ecstasy tablet, ignoring the usual fillers, is around 10 percent, which means you simply don’t know what else you can get. It’s generally a safe drug for very short-term use, and it’s certainly no more harmful than alcohol. Like alcohol, however, addiction and other complications can result, which is why it’s advisable to seek advice if you find your use is getting out of control. If you or your loved one is suffering from ecstasy addiction, call our helpline at and learn more about the best drug or alcohol abuse treatment options.