7 Steps to Take After Finding Your Teen’s Drug Stash

Written by: McCarton Ackerman
Last updated on May 24, 2022

With more and more teenagers experimenting with drugs and alcohol, we naturally have more and more parents wondering how to handle the situation.

An April 2012 study published in the Archives of General Psychiatry revealed that parents had plenty of reason for concern. According to their results:

Pretty frightening numbers, huh? Especially when you take into account that some experimental substance use turns into full-fledged addiction. 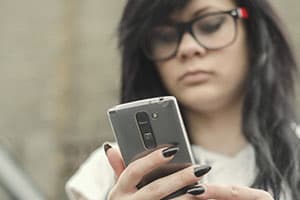 Numerous studies have shown that the still-developing brains of teenagers suffer far more damage than that of long-term alcohol and drug use among adults.

Using addictive substances at a young age also leads to a much higher likelihood of becoming dependent later in life.

And yet, despite all the facts and figures, teenagers still gravitate towards these dangerous substances.
So, as a parent, what should you do? And how should you handle the situation?

Think Before You Act

When you find a drug or alcohol stash that belongs to your teenager, a wave of emotion will likely hit you like a ton of bricks. It’ll feel like going from 0 to 100 in just a few seconds.

When you find a drug or alcohol stash that belongs to your teenager, a wave of emotion will likely hit you like a ton of bricks. It’ll feel like going from 0 to 100 in just a few seconds.First comes the anger, which will be quickly followed by concern…and then there’s the confusion.

Before you act on any of those emotions, stop and collect yourself. Most experts agree there are some very specific actions that parents should take after finding a stash.

So, without further ado, here’s a look at 7 steps that will help you get your point across and stop any further substance use.

Additional Reading: 7 Addiction Myths About Teens and Their Parents