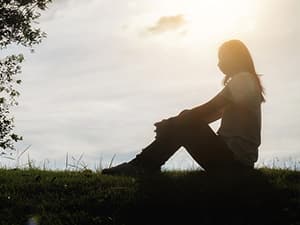 Eating disorders are the most deadly mental health conditions in today’s world. From anorexia and bulimia to binge eating disorder and overeating, eating disorders come in many forms. According to the National Association of Anorexia Nervosa and Associated Disorders, only 10 percent of people who suffer from eating disorders get the treatment they need to heal. Due to the deadly nature of this disease, it’s imperative that those struggling with an eating disorder get the necessary care to overcome their disorder. Luxury eating disorder treatment centers offer this high level of comprehensive, high-end care to those who need it.

Anorexia nervosa is an eating disorder which leads individuals to lose more weight than is deemed healthy. According to the National Institutes of Health, people with anorexia may have a powerful fear of gaining weight, even if they are extremely underweight. Anorexics often have a distorted view of their body image, and they may not be able to see the reality that others see.

People with anorexia may exhibit a number of signs, including:

If you suspect someone you love is suffering from anorexia, treatment at a luxury anorexia nervosa treatment facility can be critical. In luxury rehab, the patient will address the psychological issues that led to their disordered eating patterns. Oftentimes, issues of control and self-confidence are addressed in both individual and group therapy sessions. In luxury anorexia rehab, nutritionists and exercise specialists are on staff to ensure patients gain and maintain weight in a healthy manner, giving them a balanced approach to nutrition and exercise.

A luxury bulimia nervosa rehab can effectively treat those suffering from bulimia, a condition characterized by binging on large quantities of food and then purging the food from the body. According to WebMD, bulimia is most common in women and teens; however, there are men who suffer from the condition.

Treatment at a luxury bulimia nervosa treatment center will encompass many avenues of care – the reasons behind the bulimic behavior, nutritional counseling, and group therapy for support from others in recovery. In therapy, bulimic individuals will often address triggers that led to their disordered eating habits. Once they can identify those triggers, they’ll develop methods for dealing with them, with the help of their therapist. As a result, they’ll have a clear plan of action to take when faced with those triggers again.

According to Psych Central, those who suffer from binge eating disorder often eat incredibly rapidly during binge sessions. They may also eat until they are uncomfortably full, even in pain from the amount of food they consumed. The eating sessions often occur when the individual is not physically hungry but is instead eating to fill some other void, such as an emotional need. After a binge eating session, in which the individual may consume tens of thousands of calories, the person often feels intense feelings of shame or guilt. This cyclical process can occur quite regularly in those who suffer from the disorder.

With chronic overeating, a bevy of health effects can occur, such as obesity, high blood pressure, joint problems, breathing difficulties and high cholesterol. In a luxury overeating disorder treatment program, addiction therapy will deal with the reasons behind the overeating. Many patients discover they have deep-seated issues that lead them to find solace in food. Once the real issues behind the behavior are addressed, the individual is better prepared to not turn to food when triggers crop up. With the right kind of care in a luxury overeating disorder rehab, the person can take charge of their disorder and regain their health.