Roxicodone is just one of the many prescription painkillers that play a role in the current escalating opioid crisis. Roxicodone addiction can be a debilitating problem that seriously affects your ability to function in day-to-day life and may compromise your overall well-being. In this article, you will learn exactly what Roxicodone is and the ways it can affect your mind and body. You will also learn about the different treatment methods that can help you or your loved one start the journey to sobriety. If you suspect that you or someone you care about may be addicted to Roxicodone, know that you are not alone and that help is available. 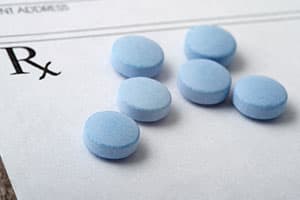 Roxicodone is a brand name for the prescription painkiller oxycodone hydrochloride, and it is available as an immediate-release oral tablet.1 Doctors prescribe Roxicodone to treat moderate to severe pain.2 Oxycodone hydrochloride is currently classified as a Schedule II substance under the Controlled Substances Act. This means that it has a high potential for abuse and can lead to psychological or physical dependence.3

As with other opioids, people may misuse and abuse Roxicodone to get high or manage withdrawal symptoms from heroin or other opioid drugs.3

What Does It Do?

Roxicodone’s painkiller function is solely attributable to oxycodone, as it is the only active ingredient in the formulation. Unlike some other oxycodone-containing medications—such as OxyContin, which is formulated as an extended-release tablet—Roxicodone is designed to provide an instant release of oxycodone.1,3 Roxicodone acts on the body’s central nervous system so that a person’s sense of physical pain and their emotional response to pain are reduced.3

In addition to its actions as a painkiller, Roxicodone may temporarily increase the release of dopamine, which is a neurotransmitter in the brain associated with feelings of pleasure and reward. A study comparing the effects of morphine with those of oxycodone found that oxycodone causes a more rapid and longer-lasting release of dopamine than morphine.4

This increased activity of dopamine brought on by Roxicodone may result in a pleasurable rush of euphoria, for which some people seek out the drug for recreational purposes.

What Are the Side Effects?

Roxicodone may have a number of mild to severe side effects, some of which can include:1

Misuse and abuse of Roxicodone—such as taking the drug more often or in higher quantities than intended—can result in opioid overdose and death in some cases. High doses of the drug can dangerously slow breathing rate, depriving the body of critical oxygen with sometimes lethal consequences.

Symptoms of Roxicodone overdose include:2

High doses of the drug can dangerously slow breathing rate, depriving the body of critical oxygen with sometimes lethal consequences.

If you think that you or someone you know is experiencing a Roxicodone overdose, it is crucial to seek medical attention. Call 911 immediately.

Certain factors can increase the risk of overdose and other complications, such as:2,3

Can I Get Addicted?

Long-term use of Roxicodone is associated with the development of significant tolerance and dependence. People who misuse or abuse Roxicodone are at even higher risk of these issues and may additionally begin to manifest the compulsive behaviors of addiction.

Opioid tolerance means that you require more of the drug to achieve a specific desired effect because your body has adapted to the presence of the drug. Chronic use of oxycodone can cause functional brain changes that underlie the onset of physiological dependence, which means that you need to use the drug to feel normal; if you stop using the drug, you experience withdrawal symptoms and you may continue using to avoid these effects. Addiction develops when you continue to compulsively use the drug despite its negative effects, which may include adverse health consequences, cravings, and the development of disruptive drug-seeking behaviors.5

Extent of Opioid Abuse in the U.S.

The National Institute on Drug Abuse (NIDA) reports that around 90 Americans die every day due to an opioid overdose.6 The misuse of prescription drugs such as Roxicodone contributes to the rise in opioid dependency and overdose deaths. Around 21–29% of people who are prescribed an opioid for chronic pain begin to misuse the drug.6

Around 21–29% of people who are prescribed an opioid for chronic pain begin to misuse the drug.

The opioid epidemic began in the late 1990s, when several pharmaceutical companies downplayed the addictive potential of their products and healthcare providers started prescribing opioids more frequently.6 People began misusing the drugs before it was realized that these medications could be so addictive. Not only did opioid addiction rates rise, but overdose death rates began to rise as well. In 2015, more than 33,000 Americans died due to opioid overdose, while 2 million Americans suffered from opioid use disorder (another term for opioid addiction).6

Taking a prescription opioid should be done with extreme care and only under a doctor’s supervision. Misusing an opioid like Roxicodone can carry certain risks, such as:2

How Do I Know If I Have a Problem?

The American Psychiatric Association outlines the criteria for diagnosing opioid use disorder. If you or someone you care about exhibits any of these symptoms, it may be an indication that it’s time to seek treatment. Signs of opioid use disorder include:7

What Happens During Rehab?

Rehab is one of the most effective ways to treat an opioid addiction. Addiction treatment helps a person stop using drugs, develop a game plan to stay drug-free, and resume a productive and healthy life. Opioid addiction treatment may involve a number of components, including detox, medication therapy, a variety of psychotherapies, and other therapeutic modalities such as support groups.

Detox is often the first step in the recovery process, especially when treating opioid addiction. During detox, you receive care and support to help you stay as comfortable and pain-free as possible while your body is gradually cleared of the drug during the withdrawal process. 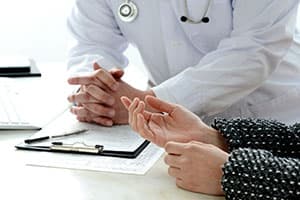 A professional detox facility will frequently be recommended for people with significant opioid dependence because withdrawal symptoms, while rarely life-threatening, can be extremely uncomfortable.8 In some cases, health complications can develop during acute withdrawal that may require medical attention, and this is not always possible if you try to detox at home.8

Rehab professionals are well-equipped to help ease some of the unpleasant symptoms of withdrawal. They can administer fluids to treat dehydration due to vomiting or diarrhea and perform regular assessments to determine whether your symptoms are improving or getting worse. Based on those assessments, clinicians may provide specific detox medications, discussed below, to help alleviate withdrawal symptoms. They can also monitor for the presence of co-occurring psychical or psychiatric complications, such as anxiety, and provide necessary treatment.9

The Substance Abuse and Mental Health Services Administration (SAMHSA) states that “management of withdrawal without medications can produce needless suffering in a population that tends to have limited tolerance for physical pain.”8  The use of specific medications can help patients focus on recovery by alleviating withdrawal symptoms, managing cravings, and helping to increase social functioning and willingness to remain in treatment.10

Some of the medications that may be used in the treatment of opioid addiction include:10

In addition to medication therapy, a wide range of psychotherapeutic therapies are commonly used to treat opioid addiction, such as:11,12 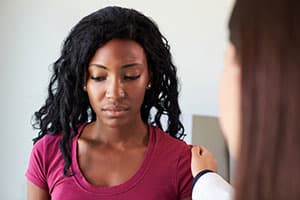 The journey to recovery does not end once you complete treatment. Participating in some form of aftercare, such as through attending self-help groups or by continuing to engage in individual psychotherapy, can help you stay on the right track and ensure that you do not relapse. Relapse rates for people recovering from addiction are similar to those of other chronic illnesses such as diabetes or hypertension. Statistics show that around 40–60% of people in recovery from drug addiction will experience a relapse at some point.13 This does not mean that treatment has not been successful, but just that you may need to re-engage in treatment or try another form of treatment to get back on track.13

While recovery is a lifelong process for people suffering from addiction, it can produce profound rewards that are well worth the effort and commitment. You can reverse the detrimental effects of drug abuse on your physical, mental, social, and financial health by entering an appropriate rehab program that suits your specific needs. Entering the recovery process can help you regain control of your life so that you are no longer ensnared by your addiction.