You Can Motivate Your Loved One to Get Help

This article is a continuation of When Your Loved One Has an Addiction: What Helps and What Doesn’t – Part 1 by Anne Fletcher

“You’re having another one?”

“When is this going to end? You were smashed again last night!”

“Your liver must be shot!”

“Out again with those friends?”

When we want someone to change, there’s a natural tendency to nag, preach, and complain – particularly when we’re worn down with the battle. As Dr. Phil would ask, “How’s that working for you?”

The truth is, the very things that quash desire to change are being pushed by others and getting yelled at – along with feeling that you’re misunderstood and judged, not having choices or reasons that make sense to you, and not believing in your ability to change – as detailed in the book, Beyond Addiction: How Science and Kindness Can Help People Change by psychologists from the Center for Motivation and Change.

As mentioned in Part 1, an approach shown in numerous studies to help family members motivate their loved one to take action, developed by Robert Meyers, Ph.D., Research Associate Professor Emeritus at the University of New Mexico’s Center on Alcoholism, Substance Abuse and Addiction is Community Reinforcement and Family Training or CRAFT. In contrast, I was able to find no research support for “family weeks” or “family nights” typically offered by U.S. addiction treatment facilities wherein participants learn about the disease of addiction, the 12 steps, and Al-Anon support groups, which are usually presented in “psycho educational” lectures as well as group discussions. While some research suggests that family members involved in Al-Anon reduce their distress and improve their coping skills, rehabs tend to favor this approach and not tell families about CRAFT, which facilitates change in loved ones and helps family members cope better.

Given its more than two decades of scientific backing, I was surprised that only one (Practical Recovery, in San Diego) of the 15 addiction treatment facilities I visited while writing ‘Inside Rehab’ consistently used CRAFT approaches.-Anne Fletcher

Given its more than two decades of scientific backing, I was surprised that only one (Practical Recovery, in San Diego) of the 15 addiction treatment facilities I visited while writing Inside Rehab consistently used CRAFT approaches. An administrator at a prominent residential rehab told me he hadn’t heard of it and that they were “all 12 step based.” At another famous rehab, the person in charge of the family program (who happened to be familiar with CRAFT) said, “It conflicts with Al-Anon, and I don’t buy that family members can get an alcoholic or addict into treatment.” She’s wrong – CRAFT greatly increases the odds that someone will get help, as demonstrated in multiple well-designed studies. In fact, the CRAFT approach offers more than double the chance that someone will enter treatment when compared with traditional “interventions.”

While some rehabs might argue that CRAFT was designed to get people into treatment and therefore isn’t relevant to patients who are already there, I found as I sat through family lectures in programs I visited that family members were warned about the likelihood of relapse and not offered many practical skills for what to do should this happen. I couldn’t help but think about how beneficial it would be for family members to know about CRAFT strategies should loved ones backslide.

In short, CRAFT teaches family members steps they can take to support a person’s sobriety, not reinforce using alcohol or drugs, encourage alternatives to using, and enhance their own happiness. For example, in addition to what families commonly hear about not doing things to “enable” someone’s use of drugs and alcohol (such as making excuses for a missed day of work), family members are taught how to reward positive steps the addicted person takes. 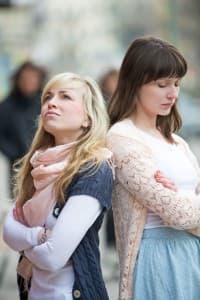 The couples’ young adult daughters became involved, too. Before attending a CRAFT session, they ignored their mother most of the time. But after a session with their parents and Dr. Rosengren, the daughters started asking their mom out to eat or made her dinner when they knew she wasn’t drinking. When she was drinking, they’d spend less time with her and explain why. The family’s efforts to spend more quality time with sober Susan gave her more incentive to stop.

George also took every opportunity to reward non-using behavior with things Susan enjoyed – such as walks together in her favorite park. Within three weeks, Susan came to him announcing her decision to stop drinking because it was not how she wanted to live and stating that she’d missed spending time with him and “feeling like teenagers.” Not only did she quit drinking on her own, she was then willing to get professional help. Dr. Rosengren still sees them periodically and says, “George is so happy to have his wife back – his depression has lifted and his quality of life improved because he learned to take time for himself regardless of what Susan was doing.”

This all goes to show that you can help addicted people change and family members can take steps that motivate them to stop or lower their alcohol and/or drug use as well as to seek treatment – at the same time taking action to make their lives better.

Another book that shares more about CRAFT is, Get Your Loved One Sober, co-authored by Dr. Meyers. A listing of certified CRAFT therapists will soon be available at his website: robertjmeyersphd.com. For more information about Dr. Meyers’ next professional CRAFT training (in Houston Texas on June 23, 24, & 25, 2014) contact Tammy Samour.

*Names were changed to protect confidentiality.