Like all human activities, drug use follows fads and fashions. Seemingly out of nowhere, a given drug becomes popular and easily accessible; dominates the street and the headlines; causes the most emergency room visits and overdose deaths; and then recedes back to its ambient level of use. Tastes, costs, production sources, smuggling opportunities, technology, and law enforcement all change with the times and interact in complex ways.

In the 1970’s, heroin was the rage, to be replaced by cocaine, then meth. The first part of this century was dominated by prescription opioids, the impetus being the greed of drug companies who could peddle cheap product with seemingly complete legal immunity. The last five years have been the age of fentanyl, driven by the sudden tightening of prescription guidelines and the great convenience and low cost that comes from a drug possessing super high potency.

But methamphetamine addiction never disappeared as an important player and is now growing nationally, but especially on the West Coast and in the Midwest. Meth overdose deaths have doubled in the last ten years and emergency room and hospital admissions are way up. The US has about 50,000 opioid deaths a year compared to about 10,000 due to meth.

The increase in meth deaths has three causes. First, meth is being used more often and street potency has increased. Second, the meth using population is aging. Most deaths from uncontaminated meth are caused by brain bleeds and heart attacks- both more likely to strike older addicts with more compromised cerebrovascular systems. 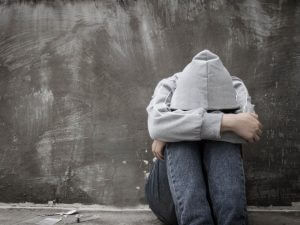 But most important is contamination- about half of the meth deaths are in people who also have fentanyl on board. Drugs sold as methamphetamine also often contain fentanyl- sometimes purposefully added by drug dealers, more often accidentally mixed in when both drugs are distributed from the same facility. A very little bit of fentanyl will go a long way toward lethal overdose. No one should ever again feel safe buying a street drug.

The new meth epidemic has been neglected in the media and ignored in policy discussions. The more pervasive and more lethal opioid epidemic has distracted attention from what would, under other circumstance, be a public health menace in its own right.

What Goes Up Must Come Down

Methamphetamine was first synthesized in 1893, just six years after amphetamine. Using ephedrine as raw material, the process is extremely simple and doesn’t require a degree in chemistry or expensive equipment. In many parts of the country, small mom and pop meth labs served the same function as alcohol stills during Prohibition, allowing meth production and distribution to be widespread, cheap, and extraordinarily profitable.

During World War II, meth became wildly popular in all branches of the German military and among the Nazi leaders. It was nicknamed the “Herman Goring pill” after one of its most devoted users and promoters. Meth was prized for increasing alertness in the sleep deprived and courage in the fearful. But its use was curtailed early in the war because harmful side effects overwhelmed positive effects on soldier performance. Soldiers became reckless, violent, and undisciplined when intoxicated; useless zombies on withdrawal.

Post-war meth became a popular diet drug in the US, but was tightly controlled since the 1970’s because it is so likely to cause addiction, so prone to impair behavior and functioning, and easily replaceable with much less dangerous stimulants.

It’s not hard to understand the continuing popularity of meth as an illegal recreational and performance enhancing drug. In low doses in beginning users, it produces euphoria, boosts energy, reduces need for sleep or food, enables sexual athleticism, and improves mental alertness and concentration. Seemingly the perfect drug for studying during the week and partying on the weekends.

But for most users the price is heavy and the life disruption massive. Meth is highly and rapidly addictive, creating massive tolerance, devastating withdrawal collapses, and a pattern of incapacitating compulsive use.

Acute intoxication can cause psychotic delusions and hallucinations, bizarre behavior, terrible judgement, violence, extreme risk taking, seizures, and strokes. Chronic high use mimics bipolar disorder and schizophrenia in presentation and risks. And, in heavy users, there can be a persistent withdrawal period lasting many months, characterized by intense craving and severe mood, cognitive, and physical symptoms.

Meth addiction is also very hard to treat. Relapse is common, especially in those with protracted withdrawal. Unlike opioid addiction, there are no meds available that can provide a more benign replacement therapy.

If you haven’t seen it already, you should definitely catch the highly acclaimed series ‘Breaking Bad’ that played for five seasons from 2008-2013. Aside from consistently displaying remarkable artistic merit, the sixty-two episodes provide an accurate and detailed portrayal of the meth world.

Meth super-labs were first developed in Mexico about twenty years ago by the Sinaloa Cartel. The drug lords imported large quantities of precursor materials and processed them in enormous, well run, super-efficient meth factories, often located in remote mountain locations. Super-labs are now also common in the US, particularly in areas where use remains high. 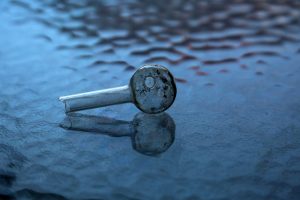 ‘Breaking Bad’ is exceedingly violent, replete with cartel turf wars, torture, bodies dissolved in giant acid tanks. This is true to life at the cartel level, where the business model ruthlessly favors survival of fittest.

But there is another radically different business model practiced on a much smaller scale throughout much of rural America- small, primitive labs producing limited quantities for personal or local use. These are becoming increasingly out of fashion as law enforcement cracks down on the availability of precursors, with cost competition from the super-labs, and because scrip opioids and fentanyl are so cheap and convenient.

It requires a large leap of empathy and imagination to place ourselves in the often weird world of our addicted patients. ‘Breaking Bad’ exposes the desperate lives of drug producers and drug users with a gritty detail never before achieved.

The meth epidemic will never be as widespread or dangerous as the opioid epidemic. Many people find the highs unpleasant and stimulants are much less lethal than respiratory depressants. But the opioid epidemic will be much easier to contain. Having replacement meds makes harm reduction relatively easy for opioids. Lacking them makes meth rehab much more difficult and less successful. This makes prevention campaigns even more important. Meth is so very easy to start, so very hard to stop.