The Skyrocketing Use of Heroin in the U.S.

Houston, we have a problem. In the past couple of decades, the use of heroin has skyrocketed in the United States.

According to a recent report released by the Centers for Disease Control and Prevention (CDC), the number of heroin users across the United States rose by 63% between 2002 and 2013. Sadly, the report also revealed heroin use among people between the ages of 18-25 years has more than doubled in the past decade.

What on earth is causing these numbers to surge out of control?

The Shocking Truth About Heroin

When the CDC report was released, it sent shock waves throughout media outlets. Some of the most concerning data included:

Unfortunately, it appears users aren’t just taking heroin; they are using it alongside other drugs. According to the report:

Is it any wonder we are seeing such a jump in heroin-related deaths? 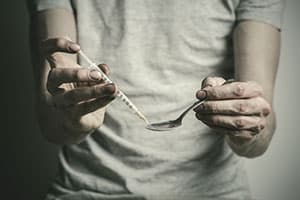 How much do you know about this dangerous and potentially deadly drug?

Heroin is a highly addictive and dangerous drug. Like morphine and opium, heroin is extracted from the seed pods of certain varieties of poppy plants.

It is classified as a Schedule I drug under the Controlled Substances Act of 1970. Schedule I drugs are defined as drugs with no medical use and a high potential for abuse. They are the most dangerous drugs out there and can result in severe psychological and physical dependence.

Why the Increase in Heroin Use?

There appears to be a strong correlation between the use of prescription painkillers and heroin. With the medical community cracking down on prescription drug abuse in recent years, many patients are now having a hard time getting their hands on the painkillers they were accustomed to receiving. So they found a substitute – heroin.

With the medical community cracking down on prescription drug abuse in recent years, many patients are now having a hard time getting their hands on the painkillers they were accustomed to receiving..– Raychelle Lohmann

According to the CDC, people who are addicted to narcotic painkillers are 40 times more likely to misuse heroin.

So, who are the people most vulnerable to heroin addiction?

What are the Warning Signs of Heroin Use?

Some physical indicators of heroin use include, but are not limited to:

Note – these warning signs can also be attributed to the use and abuse of other substances.

How Does Heroin Change Behavior?

Note – these behavioral changes can also be attributed to the use and abuse of other substances.

Heroin use is a serious problem. The numbers from the CDC’s report should serve as a wake-up call that, as a nation, we have a major problem on our hands.

Too many people’s lives are altered – and even lost – to this deadly drug.

If you are concerned about a loved one using heroin please seek professional help immediately. If you are currently using heroin, don’t let another minute, hour or day pass without getting help.