The Betel Nut and DSM-5: What is a Substance Use Disorder?

What is a substance use disorder? This crucial question comes from the title of a recent editorial in the Journal of The American Medical Association- Psychiatry.

The specific purpose of the editorial is to evaluate whether “Betel Use Disorder” is an appropriate addition to DSM-5. Its more general goal is to consider what defines substance use disorders. And, by implication, the editorial raises the even broader, and more important, issue of what limits should be placed on the future expansion of DSM mental disorders. 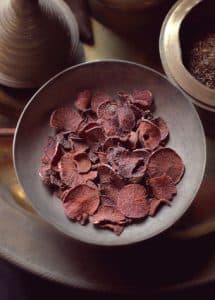 If you travel anywhere in southern Asia, from India to Taiwan, you are likely to see people whose teeth are stained bright to dark red from chewing the betel nut, wrapped in betel leaf with a little lime powder added.

Betel is so popular because it is a mild stimulant, which heightens alertness and stamina, and reduces fatigue and hunger. For many, betel replaces the effects of more expensive nicotine or caffeine products- for others, it adds to them.

The habit is fairly ubiquitous, practiced by more than 600 million people- about 10% of the world’s population. It is the fourth most common form of psychoactive substance use after smoking, alcohol, and caffeinated drinks.

Betel use dates back to the Bronze Age and is deeply engrained in Asian culture. Nuts and the fixings are available in small, cheap ready-to-chew pouches via street vendors and stores everywhere. Betel use is included in religious rituals and in folk medicine.

The pattern of use with betel nut is very similar to dependence on nicotine or caffeine- some tolerance; a mild withdrawal but enough to make stopping difficult; and a tendency toward compulsive use.

Just as with chewing tobacco, the biggest health risk is oral cancer. Several other medical, psychiatric, and pregnancy risks have also been described. Betel chewing is more dangerous than caffeine use, but much less dangerous than smoking tobacco or drinking alcohol.

Betel use has been made illegal in some places- partly for health reasons, partly for personal cosmetic reasons, and mostly to avoid the environment impact of bright red splotches caused by the copious expectoration that accompanies chewing. As with most Prohibitions, the law is more honored in the breach.

When Does a Habit Become an Addiction? 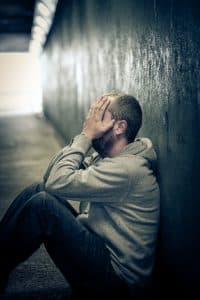 This question puzzled us 25 years ago, when we were preparing DSM-IV. The paradox we faced was that Nicotine Dependence had been included in DSM III, but Caffeine Dependence had not. Nicotine and Caffeine are very similar in their behavioral effects on humans and animals. Both cause a powerful state of dependence that makes it very difficult for people to give up. Why call dependence on Nicotine a mental disorder, while giving Caffeine a bye.

We answered the question on purely utilitarian grounds. Smoking was then killing about 400,000 people a year in the US alone. Caffeine caused some people serious cardiac and psychiatric problems. But the harm done was fairly insignificant in the face of hundreds of millions of people around the world who could not face the day without a shot of caffeine, in the form of a cup of coffee or a carbonated drink.

Making caffeine dependence a mental disorder would have pinned that stigmatizing label on a significant percentage of the world’s population- to very little purpose. Our DSM-IV decision was confirmed five years ago by DSM-5, which retained Nicotine Dependence, while continuing to reject Caffeine Dependence.

“Betel Use Disorder” is as bad an idea as “Caffeine Use Disorder.” The desirable gain of reducing oral cancers is not worth the trivialization of mental disorders that would come from mislabeling tens of millions of betel users as “mentally ill.”

The Boundaries Between Normality and Mental Disorder

DSM medicalization of everyday life is already out of control. We must not attribute every undesirable or detrimental behavior to mental illness. Governments can, and should, attempt to reduce betel use through education, taxation, and provision of better life opportunities. This does not require a psychiatric excuse.

Future DSM’s should narrow their purview to conditions that are clearly psychiatric. They should not widen the already far too fuzzy boundary between normality and mental disorder. New diagnoses should require extensive research support establishing that utilitarian benefits far outweigh risks and that all the many possible harmful unintended consequences have been factored in. “Betel Use Disorder” will likely never meet this standard.