Pharma Finds Yet Another Way To Exploit The Opioid Epidemic

Twenty years ago, Purdue Pharma successfully promoted “Pain as the 5th Vital Sign.” The stated goal was noble – to reduce patient suffering by proactively identifying and managing patient pain. The result was absolutely disastrous – an epidemic of addiction to legal prescription opioids; a secondary epidemic of addiction to illegal heroin and fentanyl; and almost 30,000 opioid deaths a year.

Ten years ago, Purdue Pharma and three of its top executives were found guilty of civil and criminal charges, for misinforming doctors and the public that its prescription opioid, OxyContin, was less addictive than other opioids. They were fined $634 million, but this was mere chump change compared to the more than $30 billion generated by OxyContin. The opioid epidemic continues unabated and Purdue has so far escaped further punishment.

The appropriate indications for prescription opioids are really quite narrow – severe, acute pain (e.g., after surgery) and pain in the terminally ill.-Allen Frances

Realizing that little profit could be made on an opioid pill taken for only a few days by post-surgery patients or a few months by dying patients, Pharma greatly expanded its market by pushing it’s pills where clearly they did not belong – on to patients suffering from chronic pain. Here were millions of customers who, once addicted, would need the pills on an ongoing, regular basis for decades. A gold mine, blockbuster market if ever there was one.

The risk/benefit ratio of prescription opioids is very favorable when they are used narrowly and properly for severe short term pain and for pain in the terminally ill. The risk/benefit ratio becomes catastrophically dangerous when they are prescribed for all types of chronic pain. At the tragic extreme of the broad spectrum of opioid harms are the many who die from overdoses, lose their jobs or relationships, or go on to become secondarily addicted to the cheaper, illegal street drugs. At the much milder, but still extremely annoying, end of prescription opioid harms, are the significant percentage of users who suffer from severe and chronic constipation.

A national pain in the ass has become a new Pharma marketing opportunity. Pharma will not rest its aggressive commercial efforts until every single person in the world is taking handfuls of outrageously priced pills in order to just get through the day. Are you having uncomfortable constipation from our pills (that you probably shouldn’t be taking anyway)? No problem. Don’t try to wean yourself off the pill or lower the dose, just take our new pill to help you manage the constipation.

My first awareness of this pitch arrived in a most unexpected and bizarre format. I was innocently watching the 2016 Super Bowl game (along with 111 million of you) when a TV commercial suddenly popped up plugging a new disorder – Opioid Induced Constipation (affectionately known by its initials as OIC). 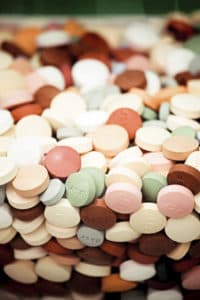 This was in itself puzzling. Airing a one-minute Super Bowl spot costs eleven million dollars – sensible perhaps if the product is a fancy car or a popular beer, but seemingly way out of line for a humble bowel moving pill. I didn’t the know that the drug companies expensively peddling the OIC pill had already invested hundreds of millions of dollars to purchase its rights and were expecting to generate revenues from it between one half and one billion dollars a year.

I also didn’t know they were contributing heavily to pain advocacy front groups, presumably meant to represent and help patients, but really on the Pharma payroll to promote even more pill use.

The actor on the screen seemed much too healthy and happy to need chronic pain meds. And, unlike other hapless bound-up opioid users, he certainly had no worries about his bowel movements – because he was benefiting from the wonderful new OIC pill. The ad reassured all other OIC sufferers that they too could be made happily regular, simply by asking their doctors for a prescription pill to get them moving again.

The ad stimulated an appropriate outpouring of outraged criticism. It represented a dangerous normalization and acceptance of opioid use for chronic pain. Its focus on easing the minor inconveniences caused by opioids obscured the epidemic of deaths and disabilities they were also causing.

“The objective of the advertisement was to reach people with chronic pain taking a prescribed opioid treatment for long-term pain management and to encourage those who may be suffering from OIC to discuss their symptoms with their physician.”

What nice guys. They had spent the eleven million bucks only as an educational public service, not to add profit via the new pill, not to exploit the complication caused by previous misleading “educational” efforts promoting and prolonging the nationwide opioid epidemic.

Warning the public and physicians against careless opioid use would have been a great educational service provided by Pharma. But don’t hold your breath that it will ever occur – unless forced by regulators. Pharma will, on its own, hype tiny benefits of its pills and hide major adverse effects. Its sole loyalty is to shareholders and executive bonuses – it’s attitude toward patients is cynical and callous. 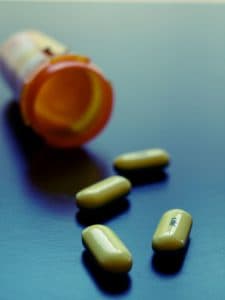 We need to treat Big Pharma as we treated Big Tobacco – an industry detrimental to public health that badly needs taming. Smoking was reduced by two-thirds in twenty-five years when sexy cigarette ads were banned and replaced with discouraging ads depicting cancer patients struggling for every breath.

The opioid epidemic could be tamed by a similar total push effort at physician and public education. We should claw back some of the blood money Pharma has earned promoting a deadly product so it can be used to treat existing sufferers and prevent unnecessary future addictions.

There are only two countries in the entire world that allow drug company sales pitches aimed directly to consumers – the US and New Zealand. Every other developed country recognizes the public health risk of letting Pharma mislead the public with “education” that most often is dangerous and one-sided misinformation.

Pharma has free reign in the US because it’s enormous financial power buys enormous influence among politicians and results in toothless regulation. Its specious claim of “free speech” needs to be tempered by the more compelling claims of public welfare. And things are about to get worse when, as seems likely, Pharma wins the right to advertise even off label drug uses that have no scientific foundation.

The main hope for taming Pharma is the increasing media attention and public outrage caused by Pharma’s obscene greed and indifference to public health. Politicians let Big Tobacco get away with murder for decades and will, left to themselves, do the same for Big Pharma. Only when they come to fear their constituents more than drug company lobbyists will the public be spared Pharma’s depredations.

Obvious steps forward would include:

Politicians are meant to protect the public, not the special interests promoted by drug companies. It is long past time they do their job.