When it comes to new “miracle” drugs, all that glitters is rarely gold. And drugs that can induce addiction usually turn out to be the very most disastrous. Whenever a chemist synthesizes a new substance with powerful central nervous system effects, there is an obvious, potentially big upside – but there is usually also an even bigger downside of unrecognized and unintended consequences.

We are in the midst of a deadly opioid epidemic, initially triggered by unscrupulous drug companies, and now spinning further out of control under the even more malign influence of the drug cartels. The world would be a better place if OxyContin did not exist and its much more potent offspring, fentanyl and carfentanil, threaten to cause even more devastation.

But first a bit of history – this is not the first time a “miracle” CNS drug turned badly sour.

Coca had been used in South America for 5000 years, but became a dangerous drug only when extracted in pure form by a German chemist in 1859. Not long after, Sigmund Freud began regularly and enthusiastically self medicating with cocaine. He was soon recommending it to his fiancée and friends, and wrote a monograph touting its medical value in treating all sorts of psychiatric problems and substance addictions. Cocaine use quickly became widespread – so popular with the public that Coca Cola owed its early success to the cocaine that was included among its secret ingredients. By the early twentieth century, the great risk of addiction had become painfully obvious and cocaine was made illegal in 1914. What had been touted by Freud to be a magical medical discovery had turned out to be a public health menace. 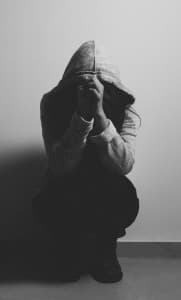 The benzos had a similar rise and fall. Librium and Valium were both approved by the Food and Drug Administration in the early 1960’s. They were immediate breakthrough stars, the first “billion dollar” drugs. During my training in psychiatry just a few years later, we were taught that the benzos had beneficial effects on just about every mental disorder and were particularly useful as a less dangerous substitute addiction to help alcoholics. But it didn’t take us long to discover how addictive the benzos were – temporarily helpful in short-run alcohol detox, but permanently damaging in the long run for those many who became addicted to the combination of benzos and alcohol. A treatment for alcohol addiction promoted an even worse combined addiction. In various combinations with opioids and alcohol, benzos now contribute to about one third of all overdose deaths.

The “miracle” pain medicine of the 1990’s – OxyContin – was misleadingly touted as a long-acting, much less addictive opioid, suitable for chronic pain. This was dangerous myth – its effects wear off much sooner than the drug company promised and its addictive potential has been absolutely devastating, causing far more overdose deaths per year than any drug in history.

Until recently, I thought things had gotten about as bad as they could possibly be, and that belated CDC and FDA actions might finally turn the corner on the opioid epidemic. But frightening events in the last few months have proven me wrong. The vast population of people now addicted to prescription opioid medication has spawned a much smaller, but very vulnerable, population of people driven to cheaper, far more potent, and even deadlier alternatives.

The New Killers: Fentanyl and Carfentanil

Fentanyl was first synthesized in the 1960’s and marketed as an anesthetic with 50 times the potency of heroin and 100 times the potency of morphine. In the 1990s, fentanyl use expanded greatly with the introduction of convenient vehicles – the patch, lollipops, sublingual sprays, and dissolving tablets – and a widening of indications to include various types of pain. Fentanyl can be a fairly safe drug when prescribed and monitored carefully in medical and surgical practice and with the terminally ill. But its unusual potency makes it an especially deadly drug when used illegally, without tight controls. And, once on the street, Fentanyl was also easy to synthesize in cartel labs.

And now we learn that a much more terrifying synthetic opioid,100 times more potent than fentanyl, is upping the ante even further. Carfentanil, a veterinary medicine, used among other things to anesthetize elephants, has recently hit the streets and is causing large clusters of overdose and death, especially in the Midwest. It is sold as a powder or pill or mixed in surreptitiously with other drugs. Interdiction is difficult because synthesis is easy, the volumes are so small, and the Internet facilitates trafficking.

The new high potency, synthetic opioids may eventually wind up driving heroin off the market and will be much more dangerous precisely because their high potency makes them so much more difficult to titrate and much less forgiving of mistakes.

It is a well established rule of the pharmaceutical marketplace that the potential benefits of all new drugs are hyped beyond reason and that potential risks are covered up, ignored, or undiscovered. The latest example of this is the inappropriate FDA fast-tracking of Ketamine for depression and suicide – a mistake that deserves a later blog of its own. 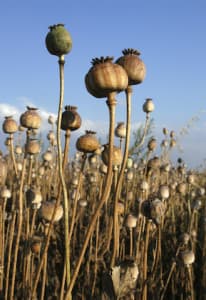 In regard to fentanyl and carfentanil, the current concern about the great damage they are already causing, and the much greater future risks, may actually have come far too late – a case of trying to close the barn door after the horse is off and running. The FDA should have worried about the potential for an opioid cascade 20 years ago before approving OxyContin. Its quite narrow medical utility should have been trumped by it’s high risk of misuse. This should be a classic cautionary tale of unintended consequences informing future FDA approval considerations.

But what to do now? The recent availability of illegally synthesized, remarkably high potent opioids will likely make interdictive control near to impossible. Let the buyer beware. Anyone who purchases an illegal pill of any sort is now at risk for fentanyl or carfentanil overdose and death, because they can’t possibly know what they are buying.

The best we can do now is extensively publicize the dangers of high potency opioids – that their potency makes them too hot for anyone to safely take – that they are frequently added, without notice, to batches of other drugs, making any buy potentially a lethal one (this is another argument for legalizing and regulating the ingredients of pot). And we must extensively expand our treatment and rehabilitation facilities for those already addicted to any form of opioid.

The longer term, historical lesson is that we can never trust Pharma claims of safety – particularly when a drug is potentially addictive. OxyContin, and its offspring disasters, result from the combination of unscrupulous drug company greed and castrated government regulation. We can expect similar future disasters if we continue to let the fox guard the henhouse. Drug companies have become as dangerous as drug cartels, but would be much easier for us to control…if only we had the political will to do it.
Image Courtesy of iStock