Not Ready to Quit? 10 Ways to Drink Less

Google the terms, “denial, addiction” and you’ll see statements such as the following:

“Denial is a hallmark symptom of addiction.”

“Denial is a core symptom of codependency and addiction.”

Yet I’d venture to say that most people who have substance use disorders (SUDs) are not in denial – they know that they have a problem and, in their heart of hearts, that they need to quit.

In fact, nine out of ten participants (out of more than 200 total people who had been sober for at least five years) in Sober for Good answered “yes” to the question, “Did you go through a period of time when you knew you had a serious drinking problem but couldn’t or chose not to do anything about it?” Of those who gave a time period, the average was just over six years.

I’d venture to say that most people who have substance use disorders (SUDs) are not in denial – they know that they have a problem and, in their heart of hearts, that they need to quit.-Anne Fletcher

On a much bigger and scientific scale, a study published in 2015 involving a representative group of more than 36,000 US adults participating in the National Epidemiologic Survey on Alcohol and Related Conditions (NESARC) affirms that many people know they have an alcohol problem for years before seeking help. The study, published in JAMA Psychiatry, found that the average age at which people first sought help (from 12-step groups, healthcare practitioners, and formal treatment facilities) for an AUD was about 29, representing a three-year lag between the average age (26) at which the AUDs started and help was initiated. Unfortunately, most people with substance use disorders never seek help. (Not everyone with a SUD needs help – many recover on their own and, thus, don’t show up in such statistics.)

This article is aimed at people with AUDs whose problems are serious enough to warrant becoming abstinent, but for whatever reason, they’re not ready, willing, or able to pursue complete abstinence as a goal. However, they are willing to take steps in a positive direction, a practice commonly referred to as harm reduction. The suggestions below focus on ways to use less alcohol and can be helpful for someone with an AUD using harm reduction, as well as for those who just want to cut back.

However, harm reduction can also refer to lowering problems caused by substance use, including offering clean needles to people addicted to heroin and teaching college students less risky drinking habits – say, to reduce the risk of alcohol poisoning, having unsafe sex, and lowering the chance of getting into fights or driving while under the influence. 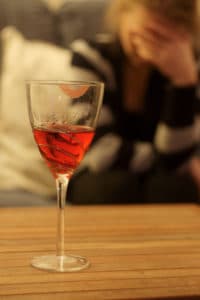 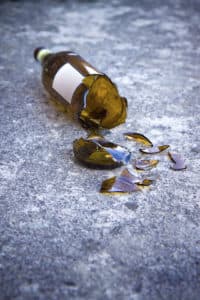 A Pathway to Abstinence

A review of the research on harm reduction therapy published in 2010 in The Journal of Clinical Psychology concluded that this approach doesn’t mean a therapist is oblivious to consequences or potential problems with a client’s decisions and use of a substance. The authors said:

As the late harm reduction expert Alan Marlatt, PhD, one of the co-authors of this review and past director of the University of Washington’s Addictive Behaviors Research Center frequently said, “Harm reduction often becomes the pathway to abstinence.”

A list of alcohol harm reduction therapists can be found here, but many others who practice this way are not on the list and/or may not describe themselves as such.