Shortly thereafter, the U.S. Food and Drug Administration (FDA) held a 2-day public hearing to obtain input from such groups as consumers, healthcare professionals, patient groups and industry about the current use of homeopathic products as well as how the agency regulates such products.

Just last month, at the end of August, the FDA closed the comment period on homeopathic product regulation and could make decisions about labeling and regulation standards some time this year.

Over the past several decades, the homeopathic drug industry in the U.S. has spiraled – in 2007 (the most recent date for which figures are available) the National Health Interview Survey, conducted by the National Center for Health Statistics estimated that adults in the U.S. spent $2.9 billion on homeopathic medicine.

Despite the fact that many drugs labeled as homeopathic are sold over the counter in major U.S. retail stores and often marketed as natural, safe, and effective alternatives to prescription and nonprescription products, the FDA has not reviewed this class of products for safety and efficacy.

*Conditions under which homeopathic drugs may be marketed in the U.S. can be found here.

What is Homeopathic Medicine, Anyway?

One of the most commonly used forms of herbal medicine, homeopathy has
as its central tenet that “like cures like,” and thus treats patients with heavily
diluted preparations of substances which, in their undiluted form, are thought to cause effects similar to the symptoms a person presents. It’s based on the theory that any substance that can produce symptoms of disease or illness in a healthy person can cure those symptoms in a sick person.

Homeopathic medicines are prepared by taking substances – typically from medicinal plants, animal/human materials, minerals, and other chemicals – and diluting them in water or alcohol.-Anne Fletcher

Homeopathic medicines are prepared by taking substances – typically from medicinal plants, animal/human materials, minerals, and other chemicals – and diluting them in water or alcohol. The container holding the preparation is then forcefully hit against a hand or a surface in a process known as “potentiation” or “dynamisation.” Homeopathic medicines can contain mixtures of substances and may be administered in the form of tablets, liquids, ointments, sprays, creams, and pellets placed under the tongue.

The NHMRC committee’s conclusions couldn’t have been much less supportive of homeopathic remedies. Overall, it concluded the following, based on their assessment of the evidence:

A long list of conditions came under the rubric of “no reliable evidence upon which to draw a conclusion about the effectiveness of homeopathy compared with placebo,” including heroin addiction and lower back pain.

Heated debate has long transpired between those who criticize homeopathic products as not meeting the scientific standards of modern pharmacology versus patients and practitioners who swear by benefits received from and bestowed by such products. 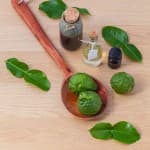 In response to the NHMRC’s report, the Australian Homeopathic Association issued a long letter challenging many of its findings, citing bias and complaints about the reviewers and the review process.

Multiple dissenting letters were sent to the British Medical Journal, with one “practicing homeopath” (who has published several books on the subject) noting that the NHMRC considered no studies with fewer than 150 participants, thereby eliminating “dozens of studies that have shown the efficacy of homeopathy in treating many ailments…including many ‘high quality’ randomized double-blind, placebo controlled trials” published in respected journals.

She added that the vast majority of drugs on today’s market would also be deemed to be “ineffective and unproven.”

Some reactants to the report noted that, for most patients, homeopathic medicine is prescribed in highly individualized ways, which should be taken into account. Citing a 2014 meta-analysis of homeopathy published in Systematic Reviews to evaluate the efficacy of using individually chosen homeopathic medicines to bolster support for them, the homeopathic practitioner mentioned above failed to note that the authors of the meta-analysis concluded that “the low or unclear overall quality of the evidence prompts caution in interpreting the findings” and that new high-quality research is needed to enable more decisive interpretation.

(Note, too, that this analysis was supported by a grant from the Manchester Homeopathic clinic, and three of the seven authors are employed by or associated with a homeopathy charity.)

A Question of Safety

According to a 2009 World Health Organization report on safety in the preparation of homeopathic medicines, “In some cases, the dilution is so high that it is almost impossible to find one molecule of the original raw material.”

On the other hand, not all homeopathic medicines are administered at a high dilution – in other words, they are given in a concentrated form.

According to the FDA, animal or human substances can come from healthy or diseased sources. And even highly diluted homeopathic substances can cause side effects, drug interactions, and allergic or other adverse reactions.-Anne Fletcher

According to data from the FDA, animal or human substances can come from healthy or diseased sources. And even highly diluted homeopathic substances can cause side effects, drug interactions, and allergic or other adverse reactions. And some “source materials,” which can include roots, stems, leaves, flowers, bark, pollen, moss, fungi, bacteria, viruses, plant parasites, and animal tissues, as well as human tissues, secretions, hormones.

The FDA cited the 2012 American Association of Poison Control Center Annual Report indicating that 10,311 reported poison exposure cases were related to ‘‘Homeopathic Agents,’’ with 8,788 of those cases attributed to children 5 years of age and younger.

What are your thoughts about homeopathic medicines and their regulation by the FDA?