Oklahoma’s clever Attorney-General beat the rush to take back from Big Pharma some of the blood money profits it gouged out of the deadly opioid epidemic. He has already forged settlements of $250 million with Purdue and $85 million with Teva and is currently in court pursuing many more millions from Johnson and Johnson.

Corporations usually fight lawsuits tooth and nail, using their army of lawyers to apply every delaying tactic in the book. Purdue and Teva folded so early only because they are so dead-bang guilty of fraudulent marketing that led to hundreds of thousands of deaths and millions of addictions. They stand condemned by their own egregious internal communications, made public through the discovery process. 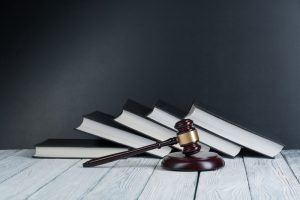 Richard Sackler, and his co-conspirators at Purdue, wrote hundreds of damning emails-exposing their greed and callous willingness to increase sales regardless of the cost to human life. The quick settlement was driven by their own indefensibly damning words. Even the best lawyers couldn’t mount a credible legal defense in the face of the incessant demand from Purdue execs pushing the sales force to lie to doctors and patients about the grave addiction risks of Oxycontin.

It is interesting that Johnson and Johnson has chosen not to settle and is instead fighting the charges in court. And that the Oklahoma A/G has dropped fraud charges against the company, accusing them instead of creating a public nuisance. I doubt this reflects higher business ethics at J and J. More likely, it was just much cleverer in covering up its tracks and isn’t burdened by a trail of indefensible emails.

J and J is defending itself on the principle of FDA pre-emption that it cannot be found guilty of tort claims violations because it was peddling a product approved by the Food and Drug Administration.

The outcome of this trail may set an important precedent for pending lawsuits in many other jurisdictions. It should also be a warning to the FDA to tighten its now wide open approval process which reduces the legal liability of offending drug companies by giving them a phony legal defense.

Potential Size Of The Pot

These early promising results from Oklahoma allow a very rough and tentative projection of the potential ultimate size of drug company settlements and fines.

The population of Oklahoma is almost 4 million; a little less than one percent of the total US population. The magnitude of its prescription opioid problem is about average: much less than West Virginia and Iowa; much more than Texas and Hawaii. At the peak of the opioid epidemic in 2012, Oklahoma doctors were writing 127 opioid prescriptions per year for every 100 people and more than 400 people a year were dying from opioid overdoses.

There are thousands of lawsuits against the companies that produced and distributed the vast overflow of opioid pills that fostered the epidemic. And it will probably take at least a decade for these to wend their complicated way through the courts.

But let’s assume, for the sake of argument, that Oklahoma ultimately recovers about $500 million from its legal efforts against all drug companies and distributors. Scaling this up to the US as a whole would yield a pot of about $50 billion.

This is likely to be an underestimate since Oklahoma has so far not pursued the deepest pocket- the drug distributor McKesson, which has an annual revenue of almost $200 billion.

My very speculative guess is that the eventual total of settlement and fines across the country may approach or exceed $100 billion, with payments spread over a number of years. By comparison, the Big Tobacco settlements totaled $246 billion over 25 years.

Not all of this will be available to the plaintiffs. Lawyers made out like bandits in the Big Tobacco settlement and will undoubtedly also take an unconscionably large cut from the Big Pharma opioid pot.

And some of the drug companies will likely declare bankruptcy. Having already distributed the bulk of the opioid profits to the Sacklers, Purdue Pharma has hinted it will take this route as a means of defending itself from having to pay the full value of plaintiffs’ claims. How much, if any, blood money can be clawed back from the Sackler family that benefited from these fraudulently-gained profits will likely be an important next step in the legal struggle.

It is unpredictable how much will be left in the pot, but safe to say it will be in the many tens of billions – perhaps enough to spend something like $10,000 or more on each person addicted by the drug companies.

How The Settlement Money Should Be Spent

The Big Tobacco settlement started with noble hopes that the money would mostly go to prevent future smoking and also to help the victims of the industry’s past misdeeds. Some of settlements in some of the states did serve these lofty purposes – but most of it in most of the states did not. Over time, state legislators used the unexpected bonanza for other purposes or to reduce taxes and deficits. 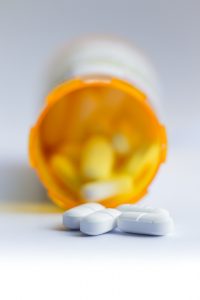 The early returns from the Oklahoma settlement are not the least bit promising. A huge slice of the money-$200 million- will go to establish a massive addictions center at Oklahoma State. This is clearly a boondoggle of massive proportions. Oklahoma should instead be using its settlement money to provide free treatment at the county level for everyone suffering from an opioid addiction.

What started as a prescription opioid epidemic started by drug companies has rapidly morphed into a much more lethal street fentanyl epidemic carried on by drug cartels. As stated often in previous blogs, interdiction of fentanyl is completely useless- we can safely assume that supplies of fentanyl will now and forever be limitless and cheap.

The only way to avoid the continuing, and likely increasing, catastrophe of opioid deaths is to reduce street demand. And the only way for Oklahoma (and succeeding jurisdictions that also acquire settlement money) to reduce demand for street drugs is to provide free harm reduction maintenance treatment for all the people currently addicted to opioids, whether by legal purchase through prescription or illegal purchase from the local drug pusher.

Oklahoma has approximately 20,000 people addicted to opioids. Helping them directly should be its first priority. Spending the money on a lavish facility at Oklahoma State University is a luxury the state simply cannot afford and sets an awful precedent for the rest of the country. County level free treatment clinics are the way to go in Oklahoma and throughout these United States.