Exposing the Sackler Family: Corruptors of the Drug Industry

Drug companies and drug cartels use a similar business model and are about equally ruthless. The main difference lies in their relation to the legal system.

Drug companies are protected by a law that give them monopoly pricing power and a de facto license to kill. They spend hundreds of millions each year to lobby the politicians who write the laws, bully the regulators meant to enforce them, and pay off the chump change fines and judgements that are the costs of doing dirty business. Drug companies also spend additional hundreds of millions misleading the public and doctors with phony claims about their often mediocre, always obscenely overpriced, products.

Everyone knows Big Pharma is corrupt, but almost no one does anything about it because big money buys big DC political power. Politicians (even Trump) routinely promise to tame Pharma when campaigning for office, but go silent once elected and on the take. We are fighting the wrong war on drugs (against the cartels, rather than the companies) because the companies are much better than the cartels at paying off the politicians.

Those interested in a very brief summary of Sackler misdeeds can read my previous blog on them: “Connecting The Dots Between the Opioid Epidemic and Philanthropy.” 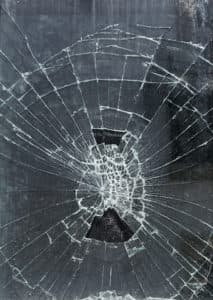 But I would strongly recommend a longer, more detailed and much better written piece, “The Family That Built an Empire of Pain” by the brilliant investigative journalist, Patrick Radden Keith, that just appeared in the New Yorker. In my opinion, it merits a Pulitzer.

The bottom line is that the Sackler family has spent the last seventy years leading a double life. Their benevolent public face features remarkably generous contributions to human welfare. The Sackler name is emblazoned on numerous museums, universities, and medical research centers all around the world.

The malevolent Sackler private face is a study in almost pure evil. The family made its first immense fortune inventing the basic tricks of the drug marketing scam that still haunt us – bringing Madison Avenue advertising magic to pill peddling in the consulting room. They taught the previously fairly responsible drug industry how to focus on marketing style and generating profit rather than curative substance and patient safety.

Influence in the Benzo and Opioid Epidemics

The Sacklers were instrumental in promoting the benzodiazepine epidemic that began in the 1970’s and is still going strong today. Their pitch was that benzos cured anxiety without a price. The reality has been miserable addiction for tens of millions of people and huge profits for drug companies.

The opioid epidemic was the next great Sackler invention. They billed their prescription opioids as non-addicting, while knowing full well they were. They pushed pills on general practitioners and surgeons as an easy way to have happy patients and phone call free nights. They distributed enormous quantities of pills they must have known were being diverted to the illegal market. And now that the U.S. market is saturated, the Sacklers are shamelessly pushing their deadly product with the same techniques all over the world.

The prescription pill opioid epidemic has created millions of addicts and directly resulted in over 200,000 deaths in the past 20 years. It also triggered a secondary epidemic of heroin and synthetic opioids that promises to be even more deadly.

The Sacklers are the most visible philanthropists in the world and the most invisible drug dealers. Their fingerprints are all over most of Pharma’s worst abominations in the past sixty years – but until now, their reputation has remained intact.

The literal root of the word “Philanthropy” is love of mankind. Sackler philanthropy is fake – more so a narcissistic love that must be fed by seeing their names attached to buildings. If the Sacklers felt true love of, and responsibility for, their fellow men and women, they would contribute a substantial fraction of their blood money wealth toward providing free treatment to those they cruelly and carelessly addicted.

We don’t need more Sackler museums, Sackler research centers, or Sackler professorships. Let other donors with clearer consciences provide these. What we do desperately need is a nationwide chain of Sackler Drug Rehab Centers; a Sackler Opioid Overdose Resuscitation Initiative; and a Sackler Center Against Dishonest Advertising. Without these, the sins of the Sackler forbears will forever taint the name of their descendants.