Dark Web Is Now The Amazon Of Illegal Drugs

The Trump administration continues to fight a US “war on drugs” that has lost every battle in its nearly 50 year history. Despite all the frantic interdiction efforts, street drugs have never been so available, so cheap, or so deadly.

In previous blogs, we have explored 5 reasons why:

In the never-ending arms race between the drug cartels and drug enforcement, the cartels have acquired yet another new and extremely powerful weapon.

The most vulnerable step in any efficient drug distribution chain is its last — the retail transaction between the small time drug dealer and his customer.

The ‘Dark Web’ eliminates the middleman, making even more impotent all government efforts to restrict supply. It consists of a highly encrypted network of websites that makes retail transactions very difficult to block. The cops play whack-a-mole as new dark websites constantly pop-up. They are reduced to conducting futile and expensive scanning inspections of billions of letters and packages.

Meanwhile, the drug distributors can dispense with expensive trucks, planes, speedboats, and tunnels- orders are taken online and delivered through the regular postal service. Perhaps not yet quite as quick, cheap, and convenient as Amazon, but it’s getting pretty darn close.

The best customers so far are in the US, Australia, and New Zealand, but one can expect e-commerce to gain rapidly increasing market share and worldwide distribution in this as it has done for all other commodities. As always, technology of supply will grow exponentially in scope and sophistication to meet demand- while the tools of law enforcement will fall far behind.

Site purveyors are occasionally busted by the cops, and there have been several highly publicized confiscations- most recently in the Netherlands and Germany. The German dark website had more than 5000 sellers and one million customers. Business was international, conducted in six languages.

A dark website operates just like eBay and Amazon, except for the sophisticated encryption and the fact that all the products are contraband- mostly illegal drugs. Customers can browse to compare offerings and prices and review approval ratings. The operators take a 2-5% commission. All neat, efficient, and almost impossible to identify and control.

Big busts are just ritual exercises that have no impact on street availability or price. Close down one site today and two others will open tomorrow. Jail and fines are just the risk and cost of doing business, while the unbelievably lucrative beat goes on. 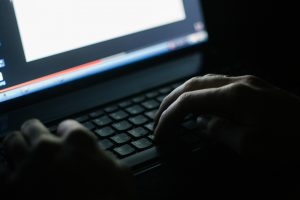 Our policymakers, legislators, and drug enforcers are remarkably slow learners. Now, more than ever before, the always futile ‘war on drugs’ has become just plain silly.

We need instead a new national policy that focuses on treatment and harm reduction, not criminalization and prohibition. Having done the expensive interdiction experiment for almost fifty years, we have proven conclusively that supply can never be reduced. The only hope for the next fifty years is to reduce demand. Cops, border patrols, the DEA, prosecutors, and jails simply don’t work. We must instead, far too belatedly, switch gears toward treatment, maintenance, rehab, housing, resocialization and jobs.

Let’s learn from the many mistakes of the past, not keep mindlessly repeating them.