A seemingly small and barely noticed organizational change in DSM-5 disguises what is really a giant conceptual leap – one that may eventually cause large and harmful unintended consequences.

In DSM IV, the section covering addictions referred only to the compulsive use of substances. In DSM-5, the concept of addictions is greatly expanded to also include behaviors. The broad, new DSM-5 section, called ‘Substance-Related and Addictive Disorders’, includes Gambling Disorder (which was previously nested in the Impulse Disorder section of DSM IV) as its first behavioral addiction. The rationale for this sweeping change is that substance and gambling addictions are both characterized by the same clinical pattern of tolerance, withdrawal, and compulsive use and may be caused by the takeover of the same neural network.

The unifying clinical concept defining “addiction” is that the substance use (or behavior), originally motivated by pleasure, is now compulsively driven and continues repetitively, despite producing more pain than gain.

Recreational use of substances or gambling does not count as addiction until the person feels compelled to continue, even when the activity is no longer pleasurable.-Allen Frances What started out as simple fun has evolved into a cruel slave-master. The substance (or behavior) has become so deeply ingrained that the person feels compelled to submit to it, despite little reward and terrible consequences.
Linking gambling to substance addiction had an appealing consistency. The DSM IV criteria sets for both had been almost identical, requiring the same three essential features: 1) tolerance; 2) withdrawal; and 3) compulsive continuation indicating a loss of control.

Also characteristic of substance dependence and gambling, the crucial (and devilishly difficult) distinction is between compulsive use (indicating mental disorder) vs recreational use (considered normal). Recreational use of substances or gambling does not count as addiction until the person feels compelled to continue, even when the activity is no longer pleasurable and instead has become the cause of considerable impairment.

The fatal flaw in the concept ‘behavioral addiction’ is that there is no clear boundary between passionately treasured fun activities vs. dangerously impairing compulsions. The things we like doing should not be labeled “mental disorders” merely because we like doing them a lot and miss them when we stop.

Mental disorders should require that we can’t stop doing what we once loved, even though we no longer love it and it is getting us in deep trouble. It will be virtually impossible to distinguish the almost ubiquitous behavioral repetitions from the vanishing, rare compulsive repetitions that might be considered mental disorder.

And it very much depends on your point of view. My wife is convinced I have a ‘behavioral addiction, indicating mental disorder, because I watch so many sports events on TV. I am equally convinced she has crazy ‘behavioral addictions’ to cooking and gardening. We both accuse each other of being addicted to our smart phones.

The risk is that this kind of “loose usage” will become a fad epidemic, now that DSM-5 has officially sanctioned ‘behavioral addictions’. Embraced widely, the elastic concept ‘behavioral addiction’ may quickly expand from what might be an appropriately narrow usage to become a much misused label for the things people do for fun.

Now that gambling has gotten its foot in the door, there will be great future pressure to give similar official status to a succession of other new ‘behavioral addictions’- first perhaps for internet, sex, and shopping ‘addictions’, and with the passage of time to an even broader set of engaging activities like work, exercise, golf, surfing, collecting, hobbies, binge TV watching, Twitter, etc.

The potential list of behavioral addictions can conceivably expand to include almost every area of activity that people feel passionate about.

This medicalization of everyday life might make patients of us all – leading to commercial exploitation via fake treatment programs and providing readymade ‘mental disorder’ excuses for bad behavior.

Being ‘addicted’ reduces one’s sense of control over, and responsibility for, bad or illegal behavior. A broadened and cheapened concept of behavioral addiction weakens personal accountability. “Sorry honey; my sex addiction made me do it.”

DSM-5 seriously considered, but ultimately rejected, giving official sanction to two other ‘behavioral addictions’. The most serious contender was ‘Internet Addiction.’-Allen Frances A vibrant society depends on having responsible citizens who feel in control of themselves and own up to the consequences of their actions – not an army of ‘behavioral addicts’ who need rehab or therapy in order to learn to do the right thing.

There are also unfortunate forensic implications on both the defense and prosecutorial sides of the aisle. Perpetrators may try to offload or mitigate culpability for crimes on the basis of their new mental disorder. And prosecutors may use ‘behavioral addiction’ as a misleading tool to argue for the indefinite psychiatric commitment of sexually violent offenders.

DSM-5 seriously considered, but ultimately rejected, giving official sanction to two other ‘behavioral addictions’. The most serious contender was ‘Internet Addiction.’ The arguments for its inclusion seem compelling. A small proportion of Internet users meet standard addiction criteria of tolerance, withdrawal, compulsive use, and clinically significant impairment. The risks to them can be considerable. Gaming can lead to massive withdrawal from the real to the virtual world, with a level of impairment that exceeds most psychiatric disorders. Some few die from exhaustion, playing nonstop videogames for days on end.

Having a mental disorder diagnosis for the few makes sense, but the downside is how it would be wildly misapplied to the many. 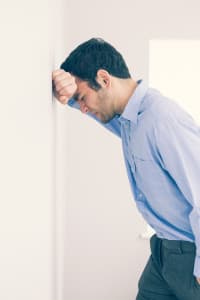 Most of us spend a good part of our days in front of a screen, both professionally and recreationally. For many, the first and last act of the day is on a screen, with multiple interactions through the day and in the middle of the night. On average, we check our phones 46 times per day, adding up 8 billion times for our entire population. Are we all addicted?

We faced a similar decision whether caffeine dependence should be included as an official category in DSM IV. The excellent arguments for inclusion were that caffeine is about as addicting as nicotine (which is included) and, unlike nicotine, can cause a clinically relevant intoxication state and anxiety disorder. It was left out of DSM because caffeine dependence is common and usually harmless. It isn’t worthwhile to give sixty million people the label mental disorder for those few whose atrial fibrillation or panic disorder is triggered by caffeine they can’t give up. The same reasoning applies to the exclusion of ‘internet addiction’. It deserves research, and in disabling cases treatment, but not inclusion in the diagnostic manual.

The other rejected category – ‘sexual addiction’ or ‘hyper-sexuality’- was snubbed due to the lack of research, its difficulty to define and a high potential for the kind of misuse described above. It doesn’t make sense to risk mislabeling the vast majority of sexual miscreants as “mentally disordered” in order to capture the very few who are truly compulsive.

In summary then, I think DSM-5 made a mistake when it created the ‘Substance-Related and Addictive Disorders’ section, lumping together Gambling Disorder with substance addiction. A very narrowly defined concept of ‘behavioral addiction’ would have value for the few, but it will doubtless be expanded far too widely to the detriment of the many. ‘Behavioral addiction is is a terrible idea because it cannot be confined and will doubtless be misapplied to many behaviors and many people, causing bad individual and societal consequences.

My advice to clinicians now would be not to consider ‘behavioral addiction’ a useful concept except in the very most clear cut cases of pathological gambling and perhaps also destructive Internet preoccupation. If taken beyond its narrowest usage, ’behavioral addiction’ would expand the definition of mental disorder to its breaking point and would threaten to erase the concept of normality.