If you have trouble getting to sleep, you may have found that alcohol or marijuana worked their magic, at least for a while but then stopped working or led to heavy use of one or the other. Maybe your problem was the opposite – that you felt the need for or liked the kick of stimulants like cocaine or amphetamines, which started out just once in a while but then became full-blown problems.

Sleep and Substance Use Disorders

The authors of a recent review published this spring on clinical studies conducted in humans concerning sleep abnormalities and addictive alcohol and drug use note that, in general, nearly 7 out of 10 people admitted for detox report having had sleep problems before being admitted. And 8 out of 10 relate their sleep problems to substance use. 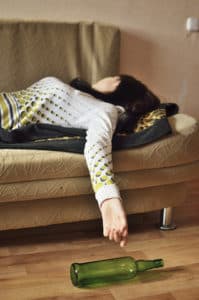 The association appears to go both ways – that is, sleep problems increase the risk for developing substance use disorders, and substance problems tend to lead to sleep difficulties. Moreover, there’s evidence that sleep abnormalities can lead to recurrence of substance use. The good news is that sleep abnormalities can be regulated to help prevent this and that long-term abstinence can reverse some sleep problems.

As an aside, I’ll note that a just-published study in the journal Drug and Alcohol Dependence showed that in 186 boys followed over the course of about 10 years, less sleep was associated with earlier use, intoxication, and repeated use of both alcohol and cannabis. It also showed that lower sleep quality was associated with earlier alcohol use, intoxication, and repeated use, as well as earlier cannabis intoxication and repeated use. This suggests that addressing childhood sleep issues is a promising target for reducing teen substance use problems.

“Many people with poor or insufficient sleep turn to substances to either help them sleep or help them stay awake and alert. Stimulants like caffeine, amphetamines, cocaine, and modafinil [a drug for such problems as narcolepsy] promote wakefulness and focus, even in someone who is sleep deprived. People use alcohol, cannabis, and sleeping pills, on the other hand, to help them fall asleep. Although using substances like these may help with those problems temporarily, research over the past 20 years has shown that using them regularly may create or worsen sleep problems.”

The review article, published in Addiction Science & Clinical Practice, brings together the research done on alcohol, cannabis/marijuana, cocaine, and opioids and sleep as well as medications designed to help people sleep with implications for each addictive substance.

Morgan’s group provides the most information about alcohol, probably because it’s been studied more than the other drugs. (A just-released review published in Alcoholism: Clinical and Experimental Research gives an in-depth and complicated overview of research focusing only on severe AUDs.) Although alcohol is commonly used as a “sleep aid,” the authors note that as alcohol consumption becomes chronic, it has less of a “hypnotic effect.” In fact, it’s very common for alcohol users to report sleep problems, with rates of clinical insomnia between 35 and 70 percent (depending on the setting and stage of use) – versus about 15 to 30 percent in the general population. Not only are sleep complaints from people with alcohol use disorders (AUDs) among the most difficult problems to resolve, however, insomnia is the most frequent complaint people with serious problems have after they stop drinking.

Morgan and his colleagues discuss pros and cons of various medications for sleep disturbances in people with AUDs. In particular, they note that widely prescribed trazodone – popular among treatment professionals because of its lack of addictive potential – may not be beneficial. Citing a large placebo-controlled trial, they note that, although trazodone was shown to have sleep benefits in people with AUDs, it was associated with less abstinence during treatment and an increase in drinking after treatment. The reviewers state, “Findings like these suggest that the relationship between sleep physiology and alcohol use and relapse is not simple.” (The authors of the more recent review point to possible benefits of a sleep medication called ramelteon, marketed as marketed as Rozerem.)

The authors’ discussion of the impact of marijuana, stimulants, and opioids on sleep is complicated but, overall, Morgan concludes in his blog, “It is interesting that chronic use of any of these substances led to similar (but not identical) problems with sleep, no matter if the substance was a stimulant like cocaine or a central nervous system depressant like alcohol. Another important finding is that the sleep problems caused by chronic use of these substances may last for months or years, even after the person stops using the substance.” He also stressed that research shows that persistent poor sleep leads to an increased likelihood of recurrence of substance use. 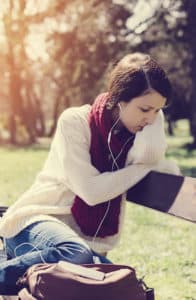 The reviewers note that treatment with typical sleep medications that increase sleep time or efficiency by increasing light sleep (stage 1 sleep) may be counterproductive.

Medications that impact deficiency in slow-wave sleep (stages 3 to 4) generation and alterations in rapid eye-movement (REM) or “active sleep” may prove more useful, but they note that more research is needed.

All of this underscores the importance of addressing sleep problems in recovery and, if prolonged, professional help from someone knowledgeable about sleep problems is warranted.

“Today, people are faced with many pressures that make staying awake longer and sleeping less seem necessary to get ahead or even just get by. Unfortunately, using addictive substances to help stay awake or fall asleep leads to more serious problems with sleep that may become chronic… A cultural shift, informed by science, may be required to promote healthier sleep and less reliance on substances for temporary gains at the expense of long-term health.”

Many suggestions are available elsewhere for “sleep hygiene” and can be helpful to people in recovery, as can meditation and cognitive behavioral therapy specifically for sleep disorders.