Addiction Treatment Works – If You Can Afford It

Recently I got a referral for a patient seeking residential treatment for addiction. He hadn’t used in 72 hours and he was motivated to do whatever was necessary. He didn’t want an outpatient program, or a list of area meetings – things that hadn’t worked for him in the past.

Best of all, he had insurance! I froze. It was the first time in seven years I was asked to help someone with insurance find treatment. After the initial shock I realized I was facing a new challenge: too many choices. I had to stop and process that for a minute. I began recalling countless TV commercials for facilities with “proven methods” that somehow include palm trees.

I snapped out of my tropical haze and met with the patient. He was tearful and, in his own words, “broken and tired of failing.” A brief assessment found him to be motivated, insightful and able to express specific needs. He knew there were options but he didn’t know where to start. Thankfully I referenced some reputable referral websites and explained the process. He left grateful for the guidance and found an appropriate facility the next day.

My patients don’t have choices… Your option is to get on a waiting list. Or to get as drunk as possible, go to the crisis center so they will at least take you overnight, and then maybe… they’ll find you a bed.-Keith McAdam

I returned to my office, relieved that it had gone so smoothly. I couldn’t imagine having to sift through all of the choices available on my own. Then I thought about why this was never an issue for me. My patients don’t have choices. Sometimes, no options means exactly that. Your option is to get on a waiting list. Or to get as drunk as possible, go to the crisis center so they will at least take you overnight, and then maybe, just maybe, they’ll find you a bed. But they couldn’t take you the last time you tried, and the time before they sent you to the E.R., which held you for two days and then sent you back, where you were put on yet another waiting list. Your choice is to go back to the shelter, or the Abandominium. If you’re lucky you get detox and 30 days. Your discharge plan? Go to a meeting, and good luck.

I remembered another day when things went exactly the opposite way. The stories start out the same: motivated and insightful people, tired of failing, willing to do whatever it takes. The only difference? They couldn’t pay. 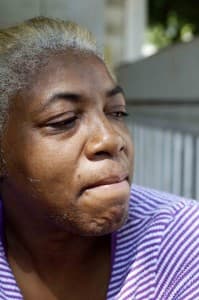 He wept openly when he explained that he couldn’t go through the same program again knowing that it wasn’t enough.-Keith McAdam

Why is it that 50 percent of people seeking treatment don’t get the help they need because they can’t afford it? Poverty is a risk factor in addiction, and rates of addiction are higher in the homeless population, yet the cost of treatment continues to rise while public funding continues to shrink.

What is the rationale that residential treatment is not deemed ‘medically necessary’ unless a patient has already failed less intensive treatment?-Keith McAdam

So let’s talk about Medicaid. It’s bad enough that some states continue to deny this basic insurance to those most in need, but state regulations vary from the ridiculous to the sublime. Why in some states must facilities be connected to psychiatric hospitals with emergency departments? What is the rationale that residential treatment is not deemed “medically necessary” unless a patient has already failed less intensive treatment? With addiction, treatment failure often means death.

If Medicaid systems purportedly use ASAM guidelines, how can they justify using a suboptimal level of treatment? But we know how the public insurance system works. Thankfully, there has been an increase in faith-based programs, but these facilities are still few and far between. And many of these, as well as privately funded facilities, have guidelines that exclude many of those most in need, such as the chronically ill or those with complicated criminal histories. Understandable, as they have their own insurance costs, but there’s still a treatment gap. And as important as faith-based programs are, what about choice? Does a poor person struggling with addiction need to choose religion in order to receive appropriate treatment?

And as important as faith-based programs are, what about choice? Does a poor person struggling with addiction need to choose religion in order to receive appropriate treatment?-Keith McAdam

Can’t we figure out a way to serve the underserved, to provide appropriate treatment for those most in need? Make a change to ensure that anyone asking for help can get it? My patients get free outpatient treatment because they are “lucky” enough to be HIV+. Is that really what it takes? We are supposed to be a “helping” profession. Aren’t there enough of us concerned with helping to facilitate change within the system, or at least within the industry?

Or do we only have a responsibility to help those who can pay for it?
Photo Source: istock