There are two models for thinking about addiction: the exposure and the resilience models.

In the exposure model, addiction is caused by simply being exposed to the addictive object. The epitome of this view of addiction is that anyone who tries heroin, or meth, or cocaine will be addicted to it. And so the job for a parent is to make sure that their child never touches these substances.

But as soon as we examine the exposure model, it falls apart. Of course, alcohol is addictive in the same sense that the other substances are. Yet we fully expect that, by the time our kids become adults, they will drink.

…instead of instructing young people never to drink, the question becomes: ‘When and how will your child learn to drink?’-Stanton Peele

And so, instead of instructing young people never to drink, the question becomes: “When and how will your child learn to drink?”

Do you have an answer? The statement many parents make is, “I have no idea – I guess in their college dorm or at a fraternity party, like I did.” Is that an appropriate answer? Is that responsible parenting?

Before answering that question, let’s consider some other addictive activities kids may become involved in.

Here are some possibilities: shopping, eating and video games. And then there’s sex and love. Do you believe that these actions may be addictive? If so, the exposure model doesn’t make much sense, does it? It is impossible for any normal human being to avoid them during the natural course of life. 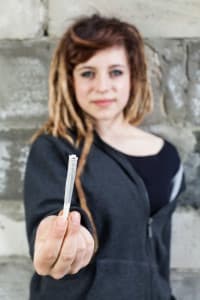 Let’s return to psychoactive substances. Perhaps you are aware that marijuana has been legalized in several states (Washington, Colorado, Alaska, Oregon – while California votes in 2016). In these states, parents face the same problem with marijuana as with alcohol. That is, they must tell adolescents, “Don’t smoke pot, not because it is illegal or evil, but because it’s only for adults.”

But that’s a very different message from saying, “Don’t ever, ever smoke pot.” In other words, once again, the avoidance-of-exposure concept doesn’t hold water. Of course, even before legalization, many kids do sample pot, which many will continue to do despite the requirement for legal use that they must be 21.

… [parents] must tell adolescents, ‘Don’t smoke pot, not because it is illegal or evil, but because it’s only for adults.’-Stanton Peele

In addition, as you probably know, many young people are exposed to stimulant drugs, several of which are amphetamine-based (e.g., Adderall). They do this either because they are diagnosed with ADHD, or they use these drugs as study tools. Meanwhile, the fastest growing drugs of abuse are prescription painkillers. But those are the same drugs that we – and sometimes children or adolescents – will be prescribed for injuries or when they undergo medical procedures.

So, we see, the exposure model is extremely limited in its applicability.

Moreover, it’s becoming more inadequate all the time as we learn that more things are potentially addictive (e.g., video games, sex, food), as we prescribe children more and more powerful pharmaceuticals (e.g., Adderall, painkillers, antidepressants, lithium and antipsychotics for bipolar disorder), and as we legalize or decriminalize formerly illicit substances (beginning, but probably not ending, with marijuana).

What is the Alternative Addiction Model?

Let’s return to the alternative to the exposure model – the resilience or competence model. What does it comprise? The resilience model means that you have helped a child to become sufficiently sturdy so that he or she won’t be waylaid by every potential addiction they encounter in life.

This is, after all, quite a different way of thinking about addiction and prevention, isn’t it? Instead of “Drugs are evil and uncontrollable, so just say no,” we are saying, “We have instilled in you sufficient confidence, self-respect, values, and – above all – purpose in your life so that we believe you will be able to resist addiction when you experience these things and activities.”

In other words, we are no longer in the business of “drug prevention” (whatever that means). We are now practicing “addiction prevention.”