Heroin users run a high risk of suffering an overdose, especially with the recent influx of street heroin that has been laced with even more powerful opioids like fentanyl and carfentanil. Overdosing on heroin can be deadly, so recognizing the signs and symptoms of an overdose is a vital part of getting help as soon as possible, whether that means calling 911 or administering naloxone. Knowing what to do in an emergency overdose situation is crucial, and may end up saving your life or the life of someone you love. 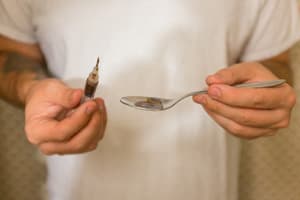 Heroin is an illegal street drug in the class of drugs known as opioids. Like other drugs in this class, the use of heroin will result in opioid receptor activation throughout the brain. It is this receptor interaction that is responsible for the typical heroin high, which may include reduced sensation of pain and an overwhelming sense of wellbeing and euphoria. Despite these subjectively positive effects, heroin may also impair specific brain functions, which can result in several dangerous outcomes such as shallow or stopped breathing, slow heart rate, and very low blood pressure. All of these can be life-threatening.

Heroin can be smoked, snorted, or injected. The method of ingestion will affect the onset and duration of effects. Injecting heroin gets it to the bloodstream faster than other methods of use, so the effects come on faster and dissipate faster. This is the reason for the “rush” that many intravenous (IV) heroin users experience. Other methods of using, like smoking or snorting, do not get the drug to the blood quite as quickly. This results in a relatively slower onset of effects, but those effects might persist for a slightly longer duration.

Though heroin use rates have remained relatively stable in recent years, the rate of fatal overdoses related to heroin use has skyrocketed.1,2 There are multiple factors that may be contributing to this trend, including the increase in abuse of prescription opioid painkillers and the increase in street heroin that has been cut with other super potent opioids.

While the connection between heroin use and prescription drugs may not seem obvious, when you look a little deeper the relationship is clear. Nearly 80% of people who use heroin reported that they abused prescription opioids first.3 Prescription opioids are in the same drug class as heroin, and they can produce similar effects. These medications are prescribed to treat acute pain, but they can be highly addictive if not used exactly as prescribed by a doctor. Many people who started using prescription painkillers because of a medical condition end up developing a tolerance to the drugs, meaning they need increasing doses to get the same effects. This can result in a dangerous pattern of abuse that may lead to full-blown addiction.

Another major factor that has influenced the current overdose crisis is the influx of street heroin cut with extremely potent opioids like fentanyl and carfentanil. Fentanyl is 50 times more potent than heroin, and carfentanil is 100 times more potent than fentanyl.4,5 These super potent drugs have lethal doses that are miniscule compared to the lethal dose of heroin, and they are being increasingly cut into street heroin. Users who unknowingly get a batch of heroin that’s mixed with these more potent opioids face an increased risk of fatal overdose. 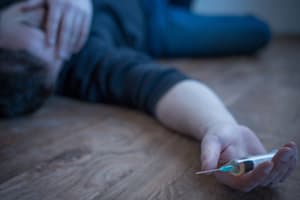 In order to beat this crisis, we must approach it from all sides. Prescribing practices must have better oversight, law enforcement must crack down on street drug dealers, and we must all educate ourselves on how to save a person’s life in the event of an opioid overdose.

What Happens During an Overdose?

Heroin affects the part of the brain that regulates breathing, and high doses of the drug can result in severe respiratory depression and death from lack of oxygen. It is important to recognize an overdose right away so that medical professionals can intervene as quickly as possible.

When trying to identify an opioid overdose situation, there are 3 primary signs that you should look for, otherwise known as the “opioid overdose triad”:9

Naloxone alone is not always sufficient for managing the full range of symptoms and consequences of heroin overdose. The person may have sustained injury to internal organs or other systems as a result of lack of oxygen and/or diminished blood flow during the overdose episode. If someone experiences an overdose, you should always seek professional medical care even if the person has been successfully revived.

Narcan is a brand name for the nasal spray version of the drug naloxone, which is an opioid antagonist, meaning it blocks the brain’s opioid receptors. When used, naloxone quickly binds to opioid receptors, preventing heroin from activating them and effectively blocking the effects of any opioids already in the body’s system. This medication can immediately reverse an opioid overdose and save a person’s life, but as mentioned, is not an adequate standalone treatment when a person experiences an overdose.

There is also an auto-injection form of naloxone, called Evzio, which gets injected into the outer thigh in emergency situations. Both Narcan and Evzio may be administered by a non-professional. The overdosing person should resume breathing and their heart rate should pick up again if the naloxone has worked. If one dose does not effectively stop the overdose (i.e., the person is still not breathing or their heart rate is still stopped), another dose may be used, but make sure you check the product’s packaging for specific instructions. CPR may also be performed to help revive a person whose heart has stopped.

Because naloxone blocks opioid receptors, administering it can cause the person to experience a rapid onset of heroin withdrawal symptoms such as nausea or tremors, which can be extremely uncomfortable but not life-threatening.

Though these effects may be unpleasant, they are not deadly, unlike a heroin overdose. Treating an overdosing person as quickly as possible will give them the best chance at survival.

Quitting heroin for good is the only way to truly prevent an overdose. Heroin can be extremely addictive, and quitting may take some extra help to maintain abstinence. Some signs that you may be addicted to heroin include:12

Fighting your addiction alone can be extremely challenging. Cravings and withdrawal symptoms can cause many people in early recovery to return to heroin use simply to alleviate the discomfort. Professional treatment programs know what to expect from the heroin recovery process and can provide the psychological and medical care that you may need as you learn to live without heroin.

Quitting heroin for good is the only way to truly prevent an overdose.

Detox is the first step in heroin addiction recovery. This involves clearing all of the heroin out of your body through sustained abstinence. During this time, you may experience extremely unpleasant withdrawal symptoms, which tend to start 8 to 12 hours after the last dose.13 Heroin withdrawal symptoms tend to feel like an intense flu and can include:13 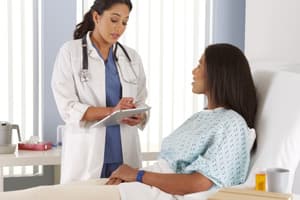 Having professional caretakers on hand as you detox can help you cope with the withdrawal period better, and they can even provide medications to help alleviate some of the symptoms. Methadone is the most frequently used medication, and it works by activating the opioid receptors in the brain to relieve cravings without the intense rush of a heroin high. Another medication that can help is buprenorphine, which also activates the same receptors as heroin but not as powerfully. Clonidine is a non-opioid medication that can address some withdrawal symptoms (such as anxiety, high blood pressure, and racing heart), but might not help much with reducing cravings.

Every person will need different medical care during heroin recovery, and professional treatment programs can provide the best care as you work toward your sobriety. Treatment programs will help you learn how to adjust to a life without heroin by working with you through individual and group therapy, so that you can strengthen your abstinence skills to resist future cravings.

Some people may need long-term maintenance medications to help them cope with cravings. This is known as medication-assisted therapy, and it can include medications such as methadone, Suboxone, and naltrexone. Naltrexone blocks the opioid receptors to prevent you from getting high if you relapse back to opioids, but it doesn’t necessarily reduce cravings. Suboxone is a combination of buprenorphine and naloxone, so it can reduce cravings and prevent heroin highs in the case of relapse. The presence of naloxone also discourages patients from using Suboxone to get high by taking more than the prescribed dose.

A treatment program can also help you set an aftercare plan. Recovery doesn’t stop when treatment ends, and some of the biggest challenges you may face will come once you’re back to living in your normal day-to-day routine. Some people find that regular therapy sessions are helpful, while others rely on support groups for aftercare help. Many people engage in a combination of several different kinds of aftercare. Your treatment program can help you find the aftercare plan that will serve you best to help you maintain sobriety long-term.

An overdose on heroin could take your life. Almost 13,000 people died of a heroin overdose in 2015; don’t let yourself become another statistic.2 There are many treatment programs that are ready to help you find the sober life that you deserve; all it takes is a phone call to get started. Don’t let heroin take your life; reach out for help and find your own path to recovery.

Overdose Awareness DayHow Long Does Heroin Stay in Your System?Street Names, Nicknames and Slang for HeroinFlorida Sues Pharmacies Over Opioid SalesFentanyl Seizures Around the U.S. Skyrocket

How Much Will The Opioid Settlements Help Opioid Victims?Free Treatment For Opioid AddictionFrom the OxyContin Frying Pan To The Fentanyl FireSpotlight on the Sackler’s Partial Surrender in the OxyContin WarsFentanyl: Time to Open Our Eyes to Today’s Biggest Driver of the Opioid Crisis (Part II)