At American Addiction Centers, we strive to provide the most up-to-date and accurate medical information on the web so our readers can make informed decisions about their healthcare.

Our reviewers are credentialed medical providers specializing in addiction treatment and behavioral healthcare. We follow strict guidelines when fact-checking information and only use credible sources when citing statistics and medical information. Look for the medically reviewed badge (

) on our articles for the most up-to-date and accurate information.

If you feel that any of our content is inaccurate or out-of-date, please let us know at ContactAAC@ContactAAC.com.

Though there are legitimate medical uses, anabolic steroids are commonly used to improve physical appearance and enhance athletic performance. While the short-term effects of steroids may produce rewards in terms of body image, people often ignore or may not even know the potential dangers of these substances. In fact, long-term effects of steroid use can include serious and persistent health consequences such as heart attack, stroke, liver tumors, and psychiatric problems.1

Although steroids are not used to get high like other illicit drugs, people who use steroids may develop an addiction to them and continue using them despite serious negative consequences. When people suddenly stop using steroids, they may feel depressed, tired, or restless.2 Professional substance abuse treatment and rehabilitation can help those struggling with steroid addiction get clean and learn effective ways to cope with the pressures that led to substance abuse and addiction. 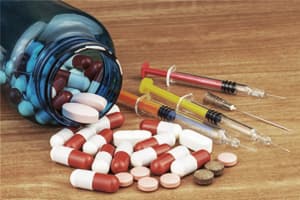 Anabolic steroids are man-made versions of the male sex hormone testosterone. They are technically called anabolic-androgenic steroids because of the effects they have on the body: anabolic means that they stimulate protein synthesis and muscle growth, while androgenic means they promote the development of male characteristics by mimicking the effects of endogenous male hormones like testosterone. People take anabolic steroids to improve their athletic performance, increase muscle mass, and alter their physical appearance.

Slang names for anabolic steroids include:3

Steroids are classified as Schedule III substances, meaning that they have accepted medical uses but may cause physical or psychological dependence. Commonly abused oral steroids include:4

People sometimes use anabolic steroids in certain ways that are believed to maximize the drugs’ effects and minimize side effects:3

While people generally take steroids for what they perceive to be positive effects, such as increased strength, improved athletic performance, or a more muscular physique, the numerous side effects of steroid misuse can have extremely detrimental effects on their physical and mental health.

Negative behavioral and psychological side effects of anabolic steroids can include:5,6

The following physical side effects of anabolic steroids have been observed in both men and women, but they vary based on a person’s age, duration of drug use, and dosage:5,6

In men, steroid use can cause:6

Women may experience the following physical side effects:6

It is important to note that some of these physical changes may be permanent.6 When abused in high doses or over a prolonged period of time, steroids can cause potentially serious and deadly effects, including:5

Steroid use among young people has seen a slight decline in recent years after reaching peak levels in the early 2000s.7 In a 2016 survey, just 1% of 12th graders, 0.7% of 10th graders, and 0.5% of 8th graders reported using anabolic steroids within the past year.7 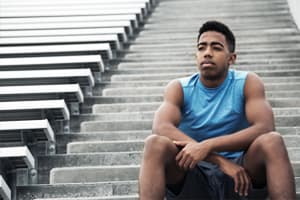 It has commonly been thought that teenagers and adolescents use steroids to mimic their favorite professional athletes. Recently, however, increasing attention has been paid to the relationship between body image and steroid use, especially in adolescent boys.

One study found that approximately two-thirds of young men are not satisfied with their bodies, either because they feel they need to lose weight or gain muscle.8 Boys who were dissatisfied with their own bodies were more likely to hold lenient attitudes toward steroid use in sports.8 Although the study found similar rates of body dissatisfaction between boys and girls, the U.S. Centers for Disease Control reports that high-school aged boys use steroids at higher rates than girls (4% vs. 2.7%).9

Body dissatisfaction could be due to a condition known as muscle dysmorphia, which causes people to have an unrealistic view of their bodies and see flaws that are not truly there.10 Young people who have experienced physical or sexual abuse may also turn to steroids. By becoming bigger and stronger, they may think they are better able to fend off future attacks.10

Professional athletes have used steroids for decades to enhance performance. First developed in the 1930s to help people with growth, sexual functioning, and development issues, steroids were later used in World War II to help undernourished soldiers gain weight and increase strength.5 In 1956, Soviet Olympic athletes used steroids to help them perform better, and other countries followed suit until the substances were officially banned from the Olympic games in 1975.5

By the mid-1970s, steroids were widespread in the professional athletic community.5 In 1988, federal regulations were enacted that placed high penalties on people who sold or possessed steroids, and in 1990 Congress passed the Anabolic Steroid Enforcement Act, which made steroids illegal for the use of performance enhancement.5

Despite regular testing for anabolic steroids by all professional sports organizations and the Olympics, athletes continue to use these drugs to enhance their performance, and there have been a number of high-profile athletes whose careers have been marred by steroid use, including:

If you are concerned that a friend or loved one may be using oral steroids, there are certain signs and symptoms that you might notice.

Anabolic steroids are widely abused, and there is some evidence that people who misuse them go on to develop an addiction.Physical changes may be the easiest to spot because they are difficult to conceal. Many of these are short-term effects of steroids, meaning they can manifest after just a short period of use. Some of the observable negative effects of steroids include:2,3

Some of the behavioral, social, and emotional symptoms to be aware of include:2,3

Mixing Steroids with Alcohol and Other Drugs

Research has found a correlation between steroid use and both the use of other illicit substances and the consumption of high amounts of alcohol, especially in young people.12,13 Other drugs frequently abused by steroid users include alcohol, heroin, amphetamine, cannabis, and smokeless tobacco. Many study participants also use human growth hormones along with anabolic steroids.12 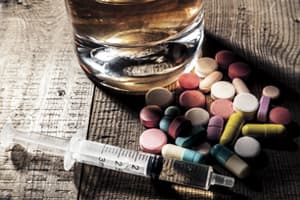 Because steroids interfere with sleep, many users turn to sedative drugs, including alcohol and opioids, to help them sleep.4 These drugs carry health risks of their own, including liver disease and heart attack, that may be dangerously compounded when used in conjunction with anabolic steroids.14

Polysubstance abuse can also exacerbate mood disorders such as depression that are associated with steroid use. Steroid users may turn to other drugs or alcohol in an attempt to self-medicate their psychological issues, but these substances in fact make the problem worse.

Steroids disrupt a person’s mood and can cause heightened levels of irritation and aggression. There is scientific evidence to support the existence of “roid rage,” a behavioral condition that can develop when people use increasing amounts of steroids over an extended period. As the term indicates, people may display unusual and excessive displays of aggression.15

The elevated aggression associated with steroids can be more than just disruptive to personal relationships. In research studies, some subjects have admitted to physical acts of violence, fighting, vandalism, robbery, and other crimes while using steroids.15 While the extent of the correlation between violent crime and steroid use is not exactly known, studies in animals have confirmed a correlation between aggressive behavior and steroid administration.15

Anabolic steroids are widely abused, and there is some evidence that people who misuse them go on to develop an addiction. Because of their potentially devastating health effects, widespread efforts are being made to raise awareness of this issue and improve treatment options for those who have developed a steroid addiction.3 Clinical studies have even demonstrated that animals will self-administer steroids if they are offered the opportunity, as they do with illicit drugs more commonly associated with addiction.3

People who are addicted to steroids may:16

If you or someone you know are exhibiting two or more of these behaviors, a professional addiction treatment program can help you detox from steroids, address any psychological issues you may have, and break free from addiction.

People who abuse steroids may experience withdrawal symptoms when they try to stop using the substance. Withdrawal is a sign that the body has become dependent on a substance, and the person may feel like they need to keep using that substance to function normally. This process can lead users to develop a tolerance to the drug—meaning they need increasingly large or frequent doses in order to achieve the same effects—and eventually to addiction. 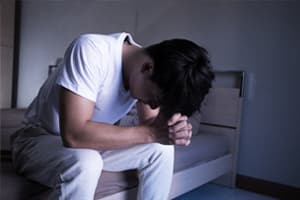 Some of the common withdrawal symptoms of steroids include:4

Withdrawal symptoms may cause significant distress for the individual and can interfere with a person’s social and occupational functioning, but detox is a necessary first step in the process of treating steroid addiction.

The National Institute on Drug Abuse advises evaluation for suicidal thoughts, supportive therapy, and education as the main types of therapy for the treatment of steroid addiction.18 Some people may require medication and/or hospitalization, depending on the extent of their withdrawal symptoms.18 Specific medications to help restore hormonal balance and alleviate depression may also be helpful for steroids treatment.18

There are several types of rehab programs available, and people seeking treatment for steroid addiction should consider their personal needs and situation when selecting a facility. Program options include:

During addiction treatment, you will work with your counselor to identify the various factors that led you to abuse steroids. Through psychotherapy, you will learn positive strategies to address unhealthy body image issues, improve self-esteem, manage competitive drive, modify your behavior, and manage certain people or situations that may trigger you to want to use steroids again.

A key component of treatment is development of an aftercare plan—the roadmap for you to avoid relapse once you have completed treatment. Recovery from addiction is an ongoing, often life long process, and your aftercare plan will include regular check-ins with your individual therapist, plus attendance in group counseling sessions or 12-step meetings.

other drugstreatment
Want to get help, but not ready to talk?
Instead, sign up for text support to receive: