Because ecstasy is both inexpensive and widely available, it is a particularly prevalent drug of abuse. Ecstasy has a reputation of being a relatively safe and fun drug, but, in reality, use can result in a number of unpleasant, even dangerous, side effects, including hyperthermia and dehydration.1 In some cases, what is sold as ecstasy is actually a completely different drug, such as bath salts. 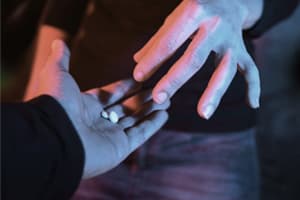 Ecstasy, a drug that gained popularity in the late 1980s and 1990s, was initially used by adults in nightclubs and raves. The scope of its use broadened to include teenagers; today, ecstasy is commonly abused by young people. A 2013 report by the Substance Abuse and Mental Health Services Administration stated that emergency department visits involving patients under 21 years of age increased by 128%, from nearly 4,500 in 2005 to more than 10,000 in 2011.2

The risks of ecstasy often go underestimated, as it is seen by many as a relatively harmless club drug that makes users feel happy, empathetic, and uninhibited. Some tablets are sold with recognizable logos and have a somewhat nonthreatening, almost candy-like appearance. In fact, in some cases, users hide their ecstasy pills among colorful candies.5

Ecstasy users commonly take several tablets at one time (referred to as “stacking”) or take one shortly after another (“piggy-backing”), increasing the dangers.5

Ecstasy has a high potential for addiction and abuse, with no known or accepted medical applications.

Ecstasy refers to 3,4-methylenedioxymethamphetamine, or MDMA. First synthesized in the early 20th century by a German pharmaceutical company, MDMA was developed for use as an appetite suppressant.1 Over the past several decades, it has become increasingly abused for its stimulant and hallucinogenic properties.

Ecstasy is an illegal, man-made substance that is classified by the DEA as a Schedule 1 substance, which means it has a high potential for addiction and abuse, with no known or accepted medical applications. Schedule 1 substances also include drugs such as heroin and LSD.1

Ecstasy is known by a number of street names, including:3,5

People use ecstasy for many reasons, such as to help them stay awake at raves and parties, to intensify tactile sensations, and to increase feelings of closeness. People often use ecstasy as a way of decreasing sexual inhibitions.

Ecstasy is mainly ingested in pill, tablet, or capsule form, although it sometimes comes in liquid or powder form. Tablets come in a variety of shapes and colors but are usually stamped with logos or cartoon characters.3,5 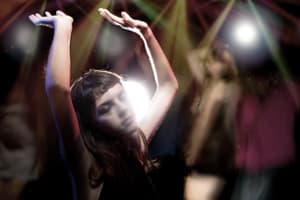 A 1994 study researched the effects of ecstasy on the brain and body. Researchers Beck and Rosenbaum observed and interviewed 100 ecstasy users to better describe the high that occurred when these people took a standard dose of 100-125mg on an empty stomach. The researchers found that people tended to experience the pleasurable effects of ecstasy after 20-60 minutes; these effects were usually described as an intense euphoric high. But for some, the high wasn’t so pleasurable and was associated with unpleasant outcomes, such as:4

The high was reported to last around 2-3 hours, after which point a “coming down” period occurred, usually around 3-4 hours after ecstasy was first taken.4

Ecstasy increases production of certain neurotransmitters, known as serotonin, dopamine, and norepinephrine. The high that people experience after taking ecstasy is largely due to the increased activity of these neurotransmitters:3

In addition to the euphoric high and increase in pleasurable feelings, ecstasy use may result in a number of detrimental physical and psychological side effects. The negative physical effects of ecstasy use can include:1,6,12

*People often use ecstasy in crowded, hot, and overstimulating environments. They may be performing physically taxing and strenuous activities, such as prolonged dancing or jumping. In such cases, people may have a risk of becoming dehydrated or developing hyperthermia (a very high body temperature) that, left untreated, can result in organ damage (e.g., kidney or liver failure) or death.1

The possible psychological effects of ecstasy can include:4-6

For some people, the negative psychological side effects of ecstasy use may last for weeks after use.4,6

Some studies have shown that people who use ecstasy may be at risk for long-term or permanent cognitive impairment, namely memory damage and problems with learning.5

Users can develop a pattern of use that becomes problematic enough to interfere in their lives.

There continues to be debate over whether MDMA is addictive; however, it affects a similar set of brain chemicals as other addictive drugs, and there is evidence of animals self-administering ecstasy—the latter a common indicator of a drug’s addictive potential.3,6

Many ecstasy users say they don’t believe it is physically addictive but do believe it is psychologically addictive.4 The hallmark of addiction is the continued use in light of the negative consequences that occur as a result. Certainly, users can develop a pattern of use that becomes problematic enough to interfere in their lives. Signs that a substance use disorder, or addiction, is developing include: 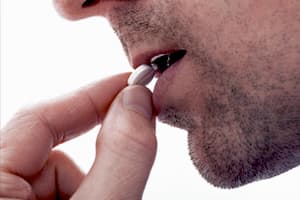 Ecstasy may also cause withdrawal symptoms when users quit, indicating it can cause physical dependence (a condition in which the body has come to rely on the drug). After ceasing moderate use, people may experience symptoms over the course of the following week. These symptoms could include: 3,6

Contaminated MDMA is one of the biggest problems associated with ecstasy use. Laced ecstasy has been found in numerous cases at raves and music festivals, where MDMA use is rampant.7 Ecstasy tablets have often been found to contain other substances, many of which are dangerous or even lethal. They include:1,4, 8

In certain instances, tablets sold as ecstasy do not contain any MDMA at all. One of the key reasons ecstasy use can be so dangerous is the uncertainty as to what someone is ingesting.3

Users can never be sure what chemicals they are ingesting when they believe they are consuming ecstasy.

The synthetic chemical compound known as bath salts is increasingly found in ecstasy. According to a February 2016 study, 40% of people who consumed MDMA but reported never having used bath salts or other new psychoactive substances were actually found to have bath salts in their system. Frighteningly, most users have no idea that this is actually what they are taking when they purchase ecstasy pills, so they may be unfamiliar with—and unprepared for—the side effects.8

Symptoms associated with bath salts use can include: 9 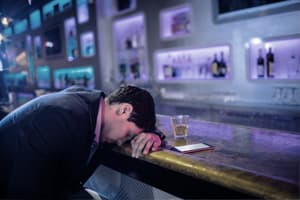 Ecstasy use is closely associated with polysubstance abuse (using two or more substances simultaneously). According to one study, ecstasy users were significantly more likely to have used marijuana, cocaine, inhalants, and heroin in the last year.10

Ecstasy users also commonly use alcohol. When consumed at the same time, ecstasy and alcohol can result in longer-lasting feelings of euphoria. However, ecstasy can diminish the sedation and perceived level of impairment associated with alcohol, which may lead to increased alcohol consumption, thereby increasing the risk of alcohol poisoning or death.11

In addition, people may also combine ecstasy with other substances, such as Viagra—a combination known as “sextasy,” or “trail mix.” This combination may be used in an attempt to overcome the side effect of impotence often associated with ecstasy use.12 This combination can lead to painful and prolonged erections (priapism) and risky sexual behavior (even when there was initially no or little intention to have sex).12 Sexual disinhibition is already a danger for ecstasy users, and this combination heightens that risk, upping the chances of contracting a sexually transmitted disease.

Other substances commonly combined with ecstasy include club drugs such as ketamine or GHB, and hallucinogens such as LSD, PCP, and mushrooms.

Other substances commonly combined with ecstasy include club drugs such as ketamine or GHB, and hallucinogens such as LSD, PCP, and mushrooms. Popular slang terms can vary based on the combination of drugs used:12

Getting Help for Ecstasy Addiction

Getting help for ecstasy addiction is one of the most important steps people can take to regain control of their lives. Some common treatment options for drug addiction include: