Ways to Protect Yourself from Drug Use at Festivals

Overview: Outdoor music festivals are popular venues for Millennials to meet and share a unique experience while surrounded by like-minded people. For all the benefits of these festivals, they are also linked with high rates of drug abuse, which can result in negative consequences, including overdose and death. Anyone interested in the music festival scene should understand the drugs that are commonly used, the risks of abusing these drugs, and measures to keep themselves and other festival-goers safe.

What Are the Most Popular Music Festivals & Who Attends Them? 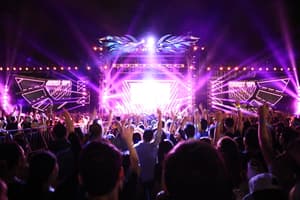 Music festivals have skyrocketed in popularity with millions attending one or more concerts each year. These multiday, outdoor events involve opportunities to see popular musical acts, gather information from various vendors on site, and engage with people who have similar interests, all while trading the rigors of everyday life for a tent in an open space.

To many, music festivals offer the ultimate escape from reality. These appealing characteristics resulted in approximately 32 million people attending at least one music festival in the U.S. in 2014, with about 14.7 million of them being Millennials. These people are willing to go extraordinary distances with the average person traveling more than 900 miles to attend their festival.1

Rock and hip-hop festivals have dominated the scene for years, but lately, electronic dance music (EDM) festivals have been increasingly popular, particularly with Millennials.2 In fact, festivals that exclusively played electronic music account for 8 out of the top 25 festivals.2 Rather than being like rock concerts, EDM festivals resemble rave dance parties that continue throughout the night.

Some of the festivals, both EDM and others, creating buzz in the U.S. include:2

Music festivals are not a U.S. exclusive, though. These events are popular all over the globe.

People come to music festivals for a unique musical and social experience, but these events also have a dark side as many also come to experiment and indulge in potentially dangerous drug use.

What Substances Are Most Commonly Used?

Nearly 50% of people attending music festivals report that they are willing to engage in activities during the event that they wouldn’t otherwise do.3 About 21% of festival attendees report using illegal drugs at the events.3

As a group, people attending music festivals are more likely than the general population to use drugs and alcohol. Nearly 75% of people surveyed at music festivals report using illicit drugs within the last year, with the most commonly used drugs being:4

A Danish study analyzed urine from a music festival and found 77 different drugs in 44 samples.5 The most frequently encountered substances included:5

In some cases, specific events are associated with their own characteristic types of drug abuse.

Each person will have their own motivations for drug use, but many report using substances to enhance the music and enrich the social experience by bringing them closer to others in attendance.7 People may use cocaine and amphetamine to increase their energy and decrease the need for sleep.8 Hallucinogens may be used for their ability to distort sensory perceptions.8

Despite the popularity of drugs at music festivals, many organizers have specific rules excluding any illicit substances from being brought into the venue. Even with California’s new legislation legalizing marijuana for recreational use, people attending Coachella in 2018 still cannot bring the substance, in any form, to the show.9

What Are the Dangers?

Even relatively mild drug use can result in a number of unwanted repercussions. These effects can range from slightly uncomfortable to intensely distressing and life-threatening. The environment at music festivals and the common practice of combining substances only amplifies the risk.

Between 1999 and 2014, drugs and alcohol were responsible for 75% of all non-trauma deaths at music festivals.10 During a music festival in Ohio in 2016, 24 people had to be hospitalized due to suspected overconsumption of marijuana edibles.11 In 2017 at an Australian festival, 21 people were hospitalized following consumption of what was believed to be GHB, a depressant drug sometimes called liquid ecstasy.12

The dangers vary greatly depending on the drug or drugs someone is using, but there are many common risks associated with some of the more popular drugs used at these festivals. 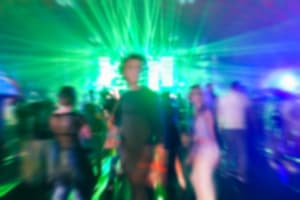 For instance, people may use MDMA – often called Molly or ecstasy – as a way to boost their energy, increase their emotional connection to others, and enhance their sensory perceptions of the show, but MDMA use can also result in dangers like hyperthermia.13 Hyperthermia is risky in a normal environment, but when combined with high temperatures, limited water, and increased activity levels from dancing at a festival, the dangers of seizures, coma, and death grow. Without proper treatment for hyperthermia, it can progress to muscle breakdown and even kidney failure.13

Dehydration, which is always a risk at music festivals, is compounded by substance use. Someone consuming large amounts of alcohol will struggle to drink the needed amounts of water on hot days. Also, vomiting – which often accompanies the use of drugs and high levels of alcohol – can result in dehydration and electrolyte imbalance.14

Another risk, regardless of the substance, is that of impaired judgment, which can lead to accidents, injuries, and violent or erratic behaviors. Drug and alcohol abuse also increases the risk of engaging in unsafe sexual practices, which could lead to the contraction of a sexually-transmitted disease (STD), such as HIV or herpes, or an unplanned pregnancy.8

Abusing stimulants, such as cocaine, amphetamines, methamphetamine, or bath salts, raises the risk of experiencing cardiovascular complications, such as arrhythmias, heart attack, and stroke.

When cocaine is combined with alcohol, there is an increased risk of cardiac toxicity, or heart damage, than with either substance alone.8

Using drugs at music festivals also places your mental health at risk. Hallucinogens, like LSD and mushrooms, are known to produce “bad trips,” which are terrifying experiences fueled by hallucinations and delusions based on fear, anxiety, and death.14 Having a “bad trip” at a music festival is problematic because the new location and overstimulation will intensify symptoms.14

Another significant danger of drug use at music festivals is the uncertainty regarding the precise chemical make-up of the drug sample in hand. By buying or trading substances with a stranger, you could expose yourself to a slew of unknown or unwanted chemicals, since illicit drugs are not federally regulated.

Products sold as ecstasy at festivals may have little or no MDMA in it. Instead, it could be contaminated with adulterants like:13

Further, research chemicals, synthetic drugs that can be purchased online, are a cheap alternative to other popularly abused illegal drugs, which is why dealers will often sell these research chemicals to users under the façade that they are MDMA, LSD, or other more commonly known drugs.

In an effort to reduce the risks of using alcohol and other drugs at music festivals, organizers are experimenting with harm reduction. Harm reduction practices offer practical ways to combat the danger of drugs, rather than attempting to simply ban all illicit substances.15

Harm reduction measures at concerts include:15

These testing kits work by checking the drug type and purity. This way, the individual can make an informed decision before using any uncertain substance.15 More than 87% of festival attendees surveyed said they would likely utilize drug testing kits/stations and use the information to avoid undesirable drugs like methamphetamine and ketamine.4

Concert venues may also offer free water and medical services for those in need.

Other Safety Measures You Can Take

You can never be too careful at music festivals. To aid in your safety, consider: 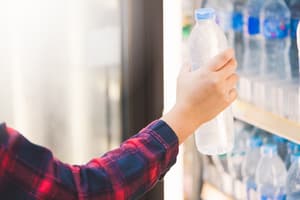 Perhaps one of the best methods to improve safety during a music festival is knowing the signs and symptoms of a drug overdose or substance toxicity. By learning the warning signs, you can act quickly to reduce dangers and hopefully prevent death.

If you notice the warning signs of overdose in someone at a music festival, take action. You could save their life by:14,16

Indulging in alcohol and drug use at a festival does not necessarily mean you have an addiction, however many people struggle daily with substance abuse, addiction, and dependence. You might be struggling with a drug addiction if:17

Remember, formal addiction treatment can help you live a better life by replacing your maladaptive drug use with healthier behaviors and teaching you how to cope with cravings. Music festivals don’t have be hazardous experiences; without alcohol and drug abuse, you can enjoy the music and your friends without the risk of adverse consequences.

More resources about Ways to Protect Yourself from Drug Use at Festivals:

Club DrugsHallucinogens
Want to get help, but not ready to talk?
Instead, sign up for text support to receive: