The 7 Most Addictive Prescription Medications 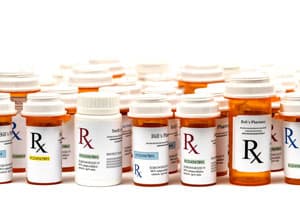 There are many prescription drugs that are highly addictive, but these seven are among the most likely to result in dependency. Though all of these drugs have legitimate therapeutic uses, overuse or abuse of them can lead to serious health problems.

Hydrocodone, also known as codeine, is used for pain relief and also relief of coughing. This drug is sometimes available by itself, and other times is combined with Tylenol, aspirin, or ibuprofen. These combinations can make the drug more effective. This drug is part of the opiate family of drugs, which are derived from the poppy. Hydrocodone can cause sleepiness, itching, depression, and constipation. It can also produce euphoria. Because it is so easy to become dependent on hydrocodone, it is often recommended that the drug is tapered off rather than stopped abruptly.

Oxycodone is also derived from the poppy plant and is an opiate. It is sometimes sold under the brand name OxyContin. Like hydrocodone, it can be formulated with acetaminophen, ibuprofen, or other over-the-counter pain relievers to produce the maximum effect. It is typically prescribed for moderate to severe pain or for chronic pain. Some people report nightmares and anxiety when taking oxycodone. Like hydrocodone, it is recommended that oxycodone doses be tapered off gradually rather than stopped suddenly. Oxycodone can produce a euphoric feeling and is sometimes called hillbilly heroin. 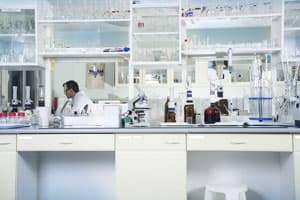 Meperidine is also known as pethidine and sold under the brand name Demerol. This drug is similar to opiates, but it is synthetic. That means it is created in the lab rather than derived from a naturally occurring substance. Like many opiate type drugs, it is usually prescribed for moderate to severe pain. Meperidine was designed to be less addictive than other opiates, but it still has tremendous dependency potential. In addition to the euphoria that makes it tempting as an addictive substance, meperidine can also cause delirium, confusion, and seizures.

Pentobarbital is most commonly prescribed for insomnia or as a sedative. It is sometimes prescribed to children who are prone to status epilepticus, or repeated seizures. It is part of the barbiturate group of drugs, and it is a nervous system depressant. Sometimes it is used to put patients to sleep before surgery. It has also been used in physician-assisted suicide and in capital punishment. It can be administered orally, by suppository, or by injection.

Diazepam, which is commonly sold as Valium, is a benzodiazepine drug that has a variety of uses. It can be prescribed for panic attacks, anxiety, insomnia, vertigo, tetanus, sedation, status epilepticus, oxygen toxicity, and stimulant overdose. Diazepam is a highly addictive drug, and extended use can easily lead to tolerance and physical dependence. Overdose of diazepam can lead to impaired reflexes, drowsiness and confusion. In extreme cases, coma can result. Because of its broad range of uses, diazepam is included on the World Health Organization’s list of essential drugs. 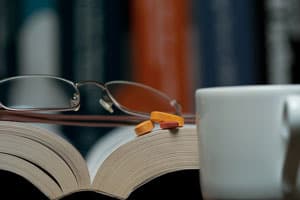 Methylphenidate is also known as Ritalin. It is commonly prescribed for ADHD and some other medical conditions. Methylphenidate prevents the brain from reabsorbing dopamine and norepinephrine, increasing the availability of the two chemicals to the brain’s neurons. It is part of the benzylpiperidine derivative family of drugs. This drug can lead to increased focus, longer attention span, better impulse control, and better performance of certain tasks. It stimulates the central nervous system, causing it to reduce fatigue. It is sometimes used to treat tiredness, obesity, and depression. However, these uses aren’t specifically approved by the FDA. It is sometimes used to help treat those addicted to methamphetamine. By taking methylphenidate and abstaining for methamphetamine, users can transition to a meth-free lifestyle. This drug has many side effects, including loss of appetite, stomach discomfort, suicidal thoughts, and sleepiness.

Amphetamines are stimulant drugs that are used for many different purposes. Amphetamines can be found in drugs like Dexedrine, Benzedrine, Adderall, and others. Therapeutically, it is prescribed to treat ADHD and related conditions. It is a commonly abused drug that is sought after for its ability to help the user maintain focus, stay awake, and concentrate. It can cause rapid heart rate, high blood pressure, fever, sweating, insomnia, tremors, seizures, and in extreme cases, coma, stroke, heart attack, or death. Occasionally amphetamine use can cause a psychotic episode.

Overuse or abuse of prescription drugs can cause serious addiction problems. Some drugs are more likely to cause dependence and addiction than others. It is important that you understand how likely the drug you are taking is to cause tolerance or dependence so that you can safeguard against addiction. However, if you or a family member already yourselves in the throes of prescription medication addiction, it’s easy to find help. Call our treatment center advisors to find out what prescription drug recovery programs are available in or around your city. That number is .