Shelly just used heroin for the very first time. It gives her a euphoric feeling that she’s never felt before…and she likes it. She’s in stage one.

After using heroin for a while, Shelly notices that, after a day or two without it, she feels anxious and very nauseous. To avoid those feelings, Shelly keeps using; she’s now in stage two.

After developing a consistent pattern of craving and use, Shelly can no longer resist the urge to use more and more heroin…even though she really wants to stop. She’s now in stage three. 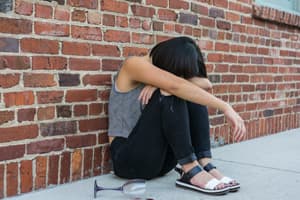 Researchers have identified these three stages of addiction to help us better understand what it’s like to be caught in the cycle. They hope a better understanding will eventually lead to more effective treatment methods that address each stage.

The model is based on the changes our brains undergo as we initiate and continue drug use. Published in the New England Journal of Medicine, the three stages are identified as:

Often, intoxication leads to changes in the brain. Connections are rewired and you begin to feel bad when you don’t have the drug in your system. You crave it. The brain is designed to figure out how to get you out of stressful situations and, in this situation, it’s determined that taking more drugs gets you out of the stress you’re feeling. You enter a vicious cycle of getting high, feeling euphoric, crashing, feeling horrible and going back for more in an attempt to feel good again. The brain learns this feedback loop and gets stuck in this pattern.

Researchers point out that these stages can overlap and blend somewhat once you enter this pattern. At any one time, you may be experiencing a combination of stages two and three. Experts also note that the stages do not conform to any specified time window. Addiction, or any one stage, does not automatically occur in X number of days. The amount of time and drug exposure that leads to addiction is not predictable and will be different for every individual.

Where Do We Go from Here?

With over 20 million people in the United States addicted to alcohol or other drugs, we desperately need to understand this issue and offer effective treatments. By recognizing what is happening in the brain during these three stages, medical professionals can hopefully provide better solutions that specifically address the issues of each stage. This should also help researchers develop medications to better treat addictions.
Additional Reading:   Are Successful People More Prone to Addiction?
Image Source: Shutterstock