PAWS: Round Two in the Withdrawal Fight

It’s safe to say we’ve all heard some horror stories about the withdrawal symptoms experienced immediately after quitting drugs and alcohol. But turns out there’s a second stage of withdrawal that’s not as widely known.

Post-Acute Withdrawal Syndrome, or PAWS, is a series of post-acute symptoms specific to those addicted to benzodiazepines, barbiturates, alcohol, opiates and (sometimes) antidepressants.

The onset of PAWS usually occurs around four to eight weeks after quitting, with each withdrawal episode generally lasting a few days. The symptoms of PAWS include: 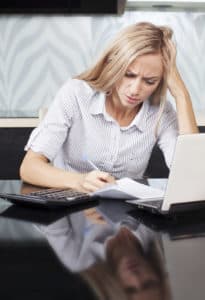 You’re probably asking yourself: Why does this second round of withdrawals even happen? Isn’t the first round of symptoms enough?

The damage done to our brain pathways after years of drug abuse is felt long after quitting; it takes time for us to recover. As our brains improve and return back to normalcy, the chemical levels in the brain fluctuate, causing those “not-so-welcome” side effects mentioned above.

The process varies from person to person – the time it takes for one body to recalibrate may not be the same for others. And while there is no obvious trigger for most PAWS episodes, many find solace in the fact that these episodes are time-limited and can lift almost as quickly as they started.

So, what can you do to help stay strong during these tough moments?

First, be patient. Effects from years of drug abuse aren’t suddenly going to disappear overnight. All you can do is take your recovery one day at a time and realize these post-acute withdrawal symptoms are a sign that your brain is recovering. Remember, things really are moving in the right direction.

Next, practice good self-care. This is a complete 180° from how you treated your mind and body during active addiction. Getting enough sleep, exercising and eating right will all give you strength during these PAWS bouts.

But maybe the best precaution you can take is to educate yourself about PAWS. Knowing your opponent and being prepared to do battle can give you a leg up…and that goes a long way towards your success in maintaining sobriety.
Additional Reading:   Will I Ever Get Back to Normal? Undoing the Damage of Drug Abuse