Is 28 Days Really the Magic Number?

What happens on day 28? Does the brain re-wire? Do cravings cease? After four weeks of treatment, is the struggle suddenly over?

Scientists have not discovered that 28 days is the perfect length for rehab treatment. Far from it.

Here’s what happens on day 28: Insurance stops paying. Yep, it’s that simple. Insurance companies typically pay for no more than 28 or 30 days of inpatient care. So, that’s how long it lasts.

This trend started with recovery programs in the military. In the 1970s, the first addiction program was established in the U.S. Air Force. How did they decide the length of treatment? Military personnel could be away from duty for no more than four weeks without being reassigned. The 28-day programs allowed men and women in the Air Force to get treatment and get back to their duties, avoiding reassignment.

Other programs began to follow suit and, eventually, insurance companies decided to use this standard, as well. Decades later, the practice continues.

A New Bag of Tricks 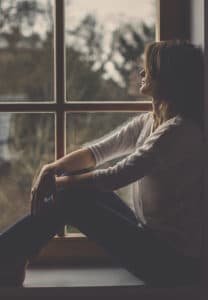 Unfortunately, the 28-day program has proven to be way off base. It has no basis in research, psychology or scientific facts. We now know that this time period can be way too short to prove effective. We also have a better understanding of the need for a variety of treatment methods and lengths.

A “one-size-fits-all” 28-day program simply won’t work for everyone.

In fact, research shows that, if there is a magic number, it’s probably 90 days. Although it’s still not a perfect process, multiple studies have shown treatment that lasts at least 90 days is much more effective, resulting in far fewer relapses. The National Institute on Drug Abuse (NIH) reports that both residential and outpatient treatments lasting less than 90 days have limited effectiveness. The NIH recommends significantly longer treatment to produce long-term results.

No Magic Wand for Insurance Companies

Despite the evidence, insurance companies are still stuck in the 70’s. Carriers rarely provide full coverage for the longer treatment that’s needed. And rehab can get pretty pricey.

Even the old-school 28-day inpatient programs are rarely less than $10,000. Some, such as those popular among celebrities, can cost as much as $33,000. However, since these programs fall under the 30-day cut-off for insurance, they may be covered. For those who seek the more effective, 90-day programs, the total bill typically ranges from $12,000 to $60,000 – and they may or may not be covered by insurance options or programs such as Medicare and Medicaid.

As more and more evidence mounts against the 28-day model, the hope is that insurance companies will join the new trend. Making longer programs more affordable could make an impact in millions of lives. Now that’s magical.