As a consequence of the opioid epidemic, we are now experiencing a significant increase in the number of opioid users in the United States and around the world. As a result, we’re also seeing a rise in the number of overdose-related fatalities worldwide. 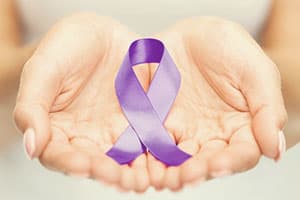 According to the 2014 World Drug Report, prepared by the United Nations, it’s estimated that 183,000 drug-related deaths occurred across the world in 2012, with opioid overdoes being the largest category.

Most importantly, it is a day to offer a heart-felt reminder to the millions of individuals who continue to suffer from drug addiction: You are valued and you are not alone.

Increasing the Risks of an Overdose

Signs of an Opiate Overdose

To assist someone who has overdosed, and potentially save their life, it’s critical to know the signs and symptoms of an opiate overdose. These include:

Lasting Effects of an Overdose

Although the most severe outcome of an overdose is death, another lasting effect of an opiate overdose is permanent brain damage. After only three to five minutes without oxygen, the brain quickly deteriorates.

Permanent consequences of this damage include:

The most severe cases of permanent brain damage can lead to a coma or a vegetative state.

Taking Action During an Overdose 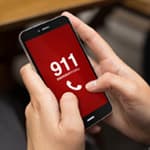 If you suspect an overdose, call 911 immediately. Once emergency assistance has been requested, take the following actions:

If unconscious, try waking him. Yell his name and rub your knuckles hard against the sternum (located mid-chest).

If not breathing, perform rescue breathing. Tilt his head back, pinch his nose and seal his lips with your mouth. Give two short breaths and one long breath every five seconds.

If you have a naloxone (Narcan) kit, administer the drug. Continue rescue breathing until the naloxone takes effect. If he is still unresponsive after a few minutes, administer a second dose of naloxone.

Make the Most of Overdose Awareness Day

International Overdose Awareness Day is not only about drugs or addiction…it’s a global event focused on assisting and educating the millions of people impacted by drug abuse.

Across the world, addiction affects sons and daughters, mothers and fathers, the rich and the poor. In an effort to combat rising rates of drug-related deaths, we must remove the stigma of drug use, and understand that saving lives is always a human issue, not a drug issue.
Additional Reading: The Polypharmacy Overdose: A Killer Trend