The human mind has a remarkable capacity to control the body when we concentrate. Hypnosis or hypnotherapy is a treatment that makes use of relaxation techniques to induce suggestions upon the unconscious mind.

Studies have shown hypnotism to be more effective than simply therapy or a placebo when dealing with substance abuse disorders, behavioral addictions and even chronic pain. 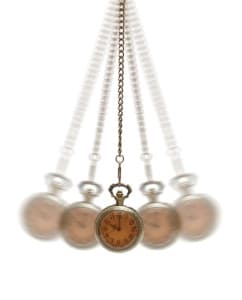 Trance states have been a part of ancient ceremonies and tribal cultures for thousands of years. In 18th century Europe an Austrian doctor named Franz Anton Mesmer introduced the first sizable body of evidence in support of hypnotherapy. At the time he was accused of fraud by the medical community, but we still have the word ‘mesmerized’ from his last name.

The hypnotic state may be brought about by a trained hypnotherapist using one of many techniques. The patient enters a state in which they feel awake yet completely relaxed. The heart rate and blood pressure may lower and there could be a difference in brain wave activity. In this dissociated state the conscious mind releases and the subconscious mind moves forward.

Read: Repressed Memory: What Substance Abuse is Helping You Hide

Professional Training
Trained hypnotherapists must have a masters or doctorate degree in a related field, and undergo a six to eight week training course from the American Society of Clinical Hypnosis. It is a common method of treatment in the US.

In 2003 German scientists found that hypnotism was almost twice more effective than therapy alone for psychosomatic illness, test anxiety and nicotine addiction. The success rate raised from 37 percent to 64 percent in patients that underwent hypnotherapy as part of a comprehensive treatment plan.

It is hard to say how long results last. But once you have convinced yourself that your drug of choice is physically repulsive it is very hard to un-believe it. That’s how I quit smoking cigarettes. There is no cure for being an addict, but you can quit addictive behavior.

If you or someone you know is struggling with substance abuse or addictive behavior, consider looking for addiction therapy options in your area.