It’s a prescription medication, not an illicit drug. That means it can’t be bad for you, right? Millions of kids with ADHD wouldn’t be taking something that could harm your body.

Used properly, Ritalin is prescribed for conditions like ADHD. Like any medication, Ritalin has possible side effects such as:

And these are the potential hazards – when used as prescribed. If used improperly, Ritalin can cause serious side effects on the heart and even death. 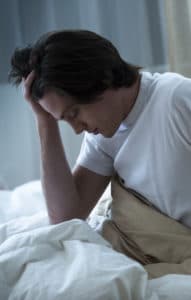 Ritalin is a central nervous system stimulant, closely related to amphetamine. The drug works by affecting chemicals in the brain and its potency requires Ritalin to be classified as a federally-controlled substance. Use is also closely monitored by prescribing physicians and carefully administered in controlled doses.

On the other hand, when abused, Ritalin can be deadly. Here’s what happens:

If taken in a way other than prescribed, Ritalin causes effects similar to cocaine. If it’s ground up for inhalation or injection, Ritalin is absorbed into the body more quickly. Since it isn’t designed to be taken this way, the extra potency makes it extremely dangerous. Taken in pill form, but in higher doses, similar effects can occur.

Ritalin shouldn’t be combined with certain other drugs or taken by those with specific health concerns. This is why proper Ritalin use is carefully overseen by a doctor.

When abused, the drug’s powerful effects can cause dangerous short-term issues:

As a powerful stimulant, Ritalin can easily overexert your systems. As a result, overdose is also a risk of misuse. Signs of a Ritalin overdose include:

Because Ritalin is a commonly-prescribed drug, it’s often easy for people to get their hands on these pills. They’re often misused as a stimulant study-aid, to get high at parties, or simply as an energy boost.

These are dangerous practices that can (and do) have lethal results – just ask the more than 30,000 Americans who are rushed to the ER each year due to stimulant medications. It’s not worth it.