Each year I challenge a class of psychology doctoral students with an experiential project to attend an open Alcoholics Anonymous meeting.

Each year they write about the ‘shock and awe’ related to the diversity of attendees; from those who look like them, to those who are millionaires or blue-collar workers. They seem to all perseverate on the normalcy that appears to represent who an ‘alcoholic’ is.

Alcoholism is one of the most wide spread addictions in the world. Unlike crack, heroin and crystal meth, alcohol is readily accessible to most all of its abusers. Not only is it accessible, it is celebrated across contexts. This level of availability combined with the physiologically addictive qualities of the drug makes alcohol abuse one very insidious and deadly addiction. 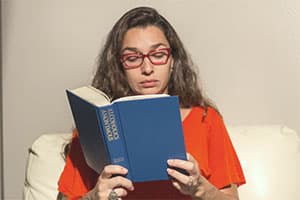 The Big Book
“Alcoholics Anonymous: The Story of How Many Thousands of Men and Women Have Recovered from Alcoholism” published in April of 1939 is the official AA rulebook. It is filled with roadmaps, tools and inspiration for its members on their tumultuous journey towards sustained sobriety. The Big Book has sold over 30 million copies worldwide and in 2012 was listed by the US Library of Congress as one of the 88 books that shaped America.

Each year millions of alcoholics utilize the tenets of Alcoholics Anonymous and its ‘Big Book’ to start their road to sobriety, maintain it or get ‘back on the wagon’ after a relapse. This April, Alcoholic Anonymous (AA) celebrates 75 years of abstinence coaching, communal support and individual sobriety sponsorship. AA is one of the most trusted brands in recovery and as a result has spawn several Anonymous cousins including Narcotics (61 years old) and Gamblers (57 years old).

Alcoholics, as they refer to themselves, use the 12-step model illustrated in the first hundred pages of The Big Book. These 12-steps provide a blue print for sobriety maintenance, trigger identification and the ability to discern between adaptive and maladaptive coping responses to negative emotions and natural impulses.

A summary of the AA steps

It is important to note that a higher being is simply one stronger than yourself and not necessarily God. One surfer in AA referenced the water as his higher being.

What are the arguments against AA?

Although millions abide by these steps year after year, solid empirical evidence of its efficacy is nil and detractors have valid arguments against the model. Some of the existing data on AA programs indicate that those diagnosed with alcohol dependence who quit on their own have similar success rates as those who utilize the AA model.

They might add that the ‘disease model of addiction’ absconds the addict of responsibility for their addiction, rendering them helpless to the throes of their environment. Some professionals believe that removing this accountability from the addict is a dangerous move and leaves room for ‘justified’ relapses. Some also contend that total abstinence is an ill suited model for many addicts and that the all or nothing paradigm is a set up for failure.

Whether you prefer AA or another recovery model for addiction, professional help is necessary. Family members and addicts must know that they cannot fight this fight alone. Getting the help that is right for you is critical. This was the help that Bill Wilson, AA originator, employed after allegedly being visited by God during one of his many detox visits to Towns Hospital in Manhattan. Not long after this experience he got his first sponsor, began holding meetings and published The Big Book.

If you or someone you know struggles with alcoholism, consider looking at alcohol abuse treatment options in your area. For more information on Alcoholics Anonymous, visit alcoholics-anonymous.org.

Donald E Grant Jr., PSyD, is a sociocultural analyst and a graduate professor of psychology in Southern California.