The prescription amphetamine Adderall is a stimulant that is widely recognized for its therapeutic benefit for people diagnosed with attention-deficit hyperactive disorder (ADHD). Adderall’s therapeutic stimulant properties, however, also make it a popular drug of abuse, especially among adolescents and young adults. Adderall may be used as a “study drug” by those who wish to stay focused and alert while cramming for a test or completing an assignment. But repeated use can lead to a number of physical and mental health issues, and regular users may find it difficult to quit. 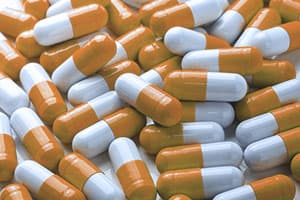 Adderall is a combination of amphetamine and dextroamphetamine. Amphetamines are psychoactive central nervous stimulants that increase dopamine and norepinephrine neurotransmitter activity in the brain.1

Adderall is typically prescribed to manage symptoms of attention-deficit hyperactivity disorder (ADHD); however, some people abuse Adderall for its stimulant and/or dose-dependent euphoric properties. Because it promotes wakefulness and increases focus and attention, Adderall is frequently abused by people seeking to boost their performance at work or school.2 It can also cause a pleasurable “high” and sense of euphoria, especially when taken in high doses or when crushed into powder form to be snorted or mixed with water and injected.2

Since 1971, the United States has classified amphetamines as Schedule II substances. This means that even though they can be legally prescribed for accepted medical uses, they present a high potential for abuse and addiction.1

Several “look-alike” drugs are available on the black market that are designed to mimic the effects of stimulants like Adderall. These drugs contain ingredients such as the FDA-banned stimulant ephedrine, as well as legally available, over-the-counter substances such as caffeine and phenylpropanolamine. These counterfeit pills may then be sold on the street as “uppers” or “speed.”1

For individuals diagnosed with ADHD, Adderall can have numerous therapeutic benefits, including:2

These benefits are typically the same ones sought by non-medical users of the drug. Evidence suggests that Adderall is also sometimes used for appetite suppression to enhance weight loss efforts.

Adderall can cause a range of undesired side effects, some of which are potentially life-threatening depending on the user’s medical history and the amount of drug taken. Side effects may include:3

ADHD is a chronic mental health condition that affects approximately 11% of children between the ages of 4 and 17.2 The number of children diagnosed with and prescribed medication for ADHD is rising each year. The percentage of kids ages 4-17 taking Adderall or other ADHD medications increased from 4.8% in 2007 to 6.1% in 2011.2

Children with ADHD may exhibit a variety of symptoms of hyperactivity and/or inattentiveness. 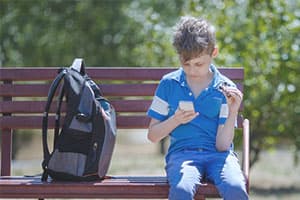 Common symptoms of hyperactivity include:4

Symptoms of inattentiveness include:4

ADHD can range in severity from mild to severe. While symptoms often improve during adolescence, difficulties can persist into adulthood for some people. Although less common, ADHD can be diagnosed in adult patients who meet certain criteria after other medical, psychiatric, or addictive disorders have been ruled out.4

When used appropriately, Adderall can help those with ADHD focus and stay calm.3 The medication comes as an extended-release tablet that is typically taken in the morning and early afternoon. Prescriptions typically begin in lower doses and are gradually increased until the desired level of symptom management is attained.5

What Are Study Drugs?

The term “study drugs” refers to the non-medical use of stimulant medications such as Adderall or Ritalin (methylphenidate) for the purpose of improving performance in school. Adderall may be used to stay awake and alert for a night of studying before a big exam, or more regularly to improve focus during class lectures and while completing assignments.

College students who use Adderall as a study drug actually have lower grade point averages than those who do not use it at all.

On Ivy League campuses, study drugs are so common that nearly 1 in 5 students report using them for increased academic performance, and 33% said they do not view this as cheating.8 Across the U.S., nearly 2/3 of college students report having been offered study drugs.9

Although students may believe that taking Adderall to help them concentrate will give them an academic advantage, research has shown that this is not the case. In fact, college students who use Adderall as a study drug actually have lower grade point averages (GPAs) than those who do not use it at all.10 In addition to lower GPAs, students who use study drugs are more likely to have other academic problems in college, such as skipping classes.10

What Are the Risks?

Even when taken as prescribed for the purpose of managing ADHD symptoms, long-term Adderall use can have potentially serious effects. Non-medical use, particularly in heavy doses, raises the likelihood of developing a problem.

Some of the health risks include:11

Even when taken as prescribed, long-term Adderall use can have potentially serious effects.

It is possible to overdose on Adderall, and some overdose cases have even been reported after low doses such as those prescribed for the management of ADHD.11 People who take Adderall in large doses or by injecting or snorting the drug are at greater risk of overdose than prescription patients.

People who take Adderall in large doses or by injecting or snorting the drug are at greater risk of overdose.Signs of an Adderall overdose include:11

Using Adderall alongside alcohol or other drugs greatly increases the risk of overdose or adverse reaction between drugs. If you suspect that you or someone near you is overdosing on Adderall, call 911 immediately.

What Is Substance Abuse?

Substance abuse can describe a variety of behaviors—from illicit drug use to the non-medical use of prescription medications. Consistent or chronic substance abuse increases the likelihood of developing an addiction, also known as substance use disorder. Though not necessarily present in all cases, the phenomena of tolerance and dependence underlie the compulsive behaviors associated with addiction.

People who take Adderall without a prescription, or in higher doses than prescribed, risk developing significant amphetamine tolerance. This means they have to take higher or more frequent doses in order to feel the desired effects. Physical dependence may also develop, which means that their body has adapted to the substance’s presence and they may experience withdrawal symptoms if they try to stop using Adderall. 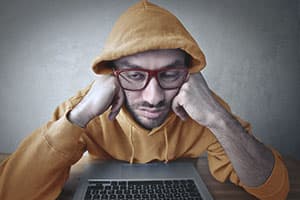 Adderall withdrawal symptoms can range from mild to debilitating depending on the frequency and average daily dose of the drug being used. The severity of effects also depends on other individual factors such as medical history, comorbid psychiatric diagnoses, and the use of other drugs or alcohol.

Physical withdrawal symptoms may include:12

Common psychological withdrawal symptoms may include:12

Withdrawal symptoms from prescription amphetamines like Adderall are typically strongest between the initial 24–72 hours after discontinuing the drug, though they can persist for several weeks.3

Uncomfortable withdrawal symptoms and intense cravings can make it difficult for users to quit using Adderall and can potentially lead to a substance use disorder, characterized by compulsive drug use and drug-seeking behaviors despite negative consequences such as health problems.

The following signs, symptoms, and behaviors could indicate that a person has a problem with Adderall use and would benefit from treatment for their drug abuse:4

How Is It Treated?

Entering rehab can be intimidating. In 2016, an estimated 21 million people needed substance use treatment; however, only 3.8 million actually received it.13 People seeking to stop using Adderall and regain control of their lives should know that help is available in a variety of settings, including: 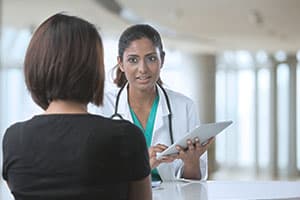 Substance abuse treatment typically begins with a detox period to allow the body to eliminate the drug from its system. Professional detox programs provide a safe, comfortable environment for the length of the withdrawal period. There are no medications approved specifically for treatment of stimulant dependence; however, during this time, supportive care, including the use of some medications, may be administered to alleviate some of the more uncomfortable symptoms of withdrawal.

The psychological portion of rehabilitation can take many different forms depending on both the provider and the patient’s individual needs. Some treatment methods commonly used to overcome stimulant abuse and addiction include:

If you or a loved one is struggling with stimulants, such as Adderall, please know that you are definitely not alone.

No matter where you are or how much you are struggling, it’s not too late to turn everything around. As long as you commit to getting the help that you need, it’s possible to make a full recovery and maintain a sober lifestyle.