Phenobarbital is an addictive drug that places users at high risk of developing dependence and experiencing severe withdrawal. Misuse of the drug, especially in combination with alcohol or other depressants, is associated with a range of short- and long-term effects and can increase the risk of a fatal overdose. 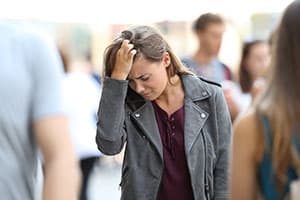 Phenobarbital is a central nervous system depressant used to treat seizures, manage anxiety, alleviate withdrawal symptoms from other drugs, and, in rare cases, treat sleeping problems.1,2 Also known by the brand name Luminal and the street names “barbs” and “downers,” phenobarbital belongs to a class of drugs known as barbiturates.3 These types of drugs act on the brain’s GABA receptors to depress brain activity and produce a sense of calm and drowsiness.

Phenobarbital is the most commonly prescribed barbiturate.4 Its effects, including sedation and drowsiness, may last for up to 24 hours.4 People may misuse phenobarbital in order to experience the drug’s pleasurable effects by taking it without a prescription or taking more than prescribed.

Barbiturates like phenobarbital can be highly addictive, especially when misused.1,4 Addicted users may continue taking the drug despite serious negative consequences to their physical and mental health and lifestyle. Taking the drug without the supervision of a medical professional may increase the likelihood of developing an addiction.

Phenobarbital poses several dangers. It is not simply the risk of overdose that users need to be concerned about but also what can happen when you quit; the acute barbiturate withdrawal syndrome can put your health at risk if you don’t detox under medical supervision.2 Additionally, the drug has a number of serious side effects that may require professional medical treatment.1

Consuming barbiturates like phenobarbital can cause an immediate “high” or intoxication. During a phenobarbital high, a user may experience a sense of calm, relaxation, anxiety relief, and drowsiness.2 However, not all of the short-term effects of barbiturates are positive. The high may be accompanied by: 1,3,45

It is important to contact your doctor or seek medical attention immediately if you experience breathing problems, swelling, rash, skin problems, fever, or confusion.1

In addition to the drug’s short-term effects, some chronic users may experience long-term physical and mental health issues.

Long-term physical and mental effects of barbiturates may include:4,6

While medical professionals have been able to identify some of the long-term effects of using barbiturates, there may be other effects that remain unknown.4

Phenobarbital users may become physically dependent on the drug after a period of time.2 The main sign that you’ve become dependent is that you feel the symptoms of withdrawal when you cut down on or stop phenobarbital use. 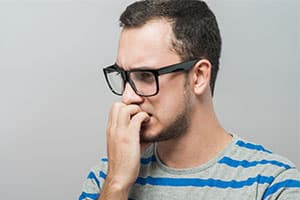 Chronic phenobarbital use can also negatively impact a person’s lifestyle and overall functioning, leading to situations such as:

Why Drinking on Barbiturates Is Deadly

A barbiturate overdose can occur if a person takes more of the drug than the body can handle, either accidentally or intentionally. 6

Barbiturates and alcohol are both central nervous system depressants that slow down breathing. As a result, when they’re consumed together, the risk of fatal respiratory depression increases significantly.2,4,6 So if you take a little more phenobarbital than you should and you decide to have a few glasses of wine, you could be putting your life at risk.

Approximately 1 in 10 phenobarbital overdoses is fatal.

To reduce the risk of an overdose, barbiturates should be taken exactly as prescribed under the supervision of a medical professional. These drugs should not be combined with other drugs, especially other CNS depressants like benzodiazepines and opioids. It is also important to disclose any over-the-counter or prescription drugs you are taking to your doctor, as some antihistamines may also compound the risk for overdose when combined with barbiturates.2

What Happens During Overdose? 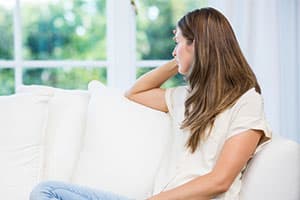 Psychological symptoms of a phenobarbital overdose can include:3,6

In some cases, a phenobarbital overdose can lead to dangerous complications such as:3,6

If you suspect that you or someone else is experiencing a barbiturate overdose, call 911. Compared to overdoses of other shorter-acting barbiturates, phenobarbital overdoses may require more intensive medical interventions.3 The faster you initiate emergency care, the better the chance of recovery.

Emergency medical professionals may work to restore breathing and circulation and perform necessary tests before taking the overdose victim to the hospital where they may be then admitted for extended care and monitoring.3 If a barbiturate overdose involves opioids, Narcan (naloxone) may be administered in an attempt to restore breathing and consciousness. However, there is no antidote medication for barbiturate toxicity itself. During hospitalization, doctors may need to provide ventilation assistance, monitor body temperature, and administer IV fluids. Activated charcoal may also be used to absorb any drug remaining in the stomach.

Famous People Who Overdosed on Barbiturates

Barbiturates like phenobarbital have been involved in the overdoses of many famous people, including Marilyn Monroe, Jimi Hendrix, and Judy Garland:4

Barbiturate users may experience dangerous and possibly life-threatening withdrawal symptoms when trying to quit. Symptoms of phenobarbital withdrawal may include:1

Seizures during phenobarbital withdrawal may persist for several weeks.11 Other symptoms, such as visual changes or distortions, may last for months. In some cases, barbiturate withdrawal may result in death.2

Because of the risks associated with the phenobarbital withdrawal syndrome, users should seek medical help when detoxing.1,2 Medical detox is a procedure supervised by doctors and nurses who monitor withdrawal symptoms and treat physical and psychological symptoms that arise. Barbiturate users may be slowly tapered off of the drug to prevent seizures. Sedative and/or anticonvulsant medications may need to be used, should severe agitation or seizure activity arise. Throughout detox, medical professionals carefully watch for seizures, ensure that the person is getting enough fluids, and encourage rest and a healthy diet. Medical detox may take place in a hospital or treatment facility.

Detox is typically the first step in barbiturate addiction treatment. However, detox is only one step on a longer road to recovery. Detox is typically brief and focuses on helping people safely withdraw from drugs. Once the body is cleared of toxic influences, it’s time to address the mind. Treatment utilizes therapeutic interventions to help you address the underlying reasons for your drug use and develop healthier, substance-free ways of coping.

Upon completion of detox, barbiturate users may benefit from enrolling in some form of substance abuse treatment: 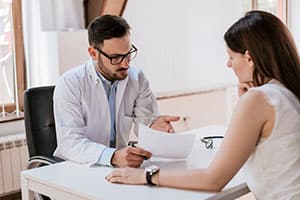 Quitting barbiturates like phenobarbital carries serious risks, but the dangers of continued use are far greater. If you or someone you know struggles with barbiturate dependence, recovery is possible. Seeking help for phenobarbital addiction can allow for a safer withdrawal and reduce the chances of a future overdose and long-term complications.