Treatment for Long and Short Term Effects of Oxycontin Abuse

Abuse of OxyContin and other opioid painkillers can wreak havoc on your life and the lives of those around you. Some things you should know about OxyContin include:

Misuse of OxyContin can result in addiction as well as a number of detrimental short-term effects and long-term consequences. However, with proper treatment, it’s possible to overcome OxyContin addiction and start the path to sobriety and recovery. 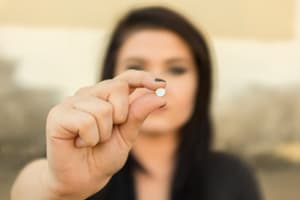 OxyContin is the brand name for an extended release formulation of oxycodone. It is a potent opioid painkiller that can quickly lead to addiction when misused. It is classified under the Controlled Substances Act as a Schedule II substance, which means that it has a high potential for abuse and dependence. People abuse OxyContin and other painkillers mainly to get a powerful euphoric high. Some people use it to alleviate the withdrawal effects of other opioids, like heroin.1

OxyContin is a controlled-release drug, meaning that it releases its effects slowly over many hours. Tampering with the tablets (crushing and snorting it, or injecting it) can deactivate the intended time-release mechanisms, resulting in an immediate-release of the full oxycodone dose all at once, producing both a strong high and introducing significant physical health risks.

Misuse of opioid painkillers like OxyContin has reached epidemic proportions in the United States. In 2015, close to 4.25 million Americans aged 12 and older reported misusing oxycodone-containing products.3 Unintentional deaths due to prescription painkiller abuse have more than quadrupled since 1999.2 What’s more, since 2002, there have been more overdose deaths involving prescription painkillers than those involving heroin and cocaine.

What Are the Short-Term Effects?

OxyContin’s immediate intoxicating effects are similar to those of heroin. Some of the short-term effects of OxyContin abuse include:1,2

Although using OxyContin can result in certain pleasurable sensations, its misuse is associated with several unpleasant and even dangerous side effects, including:1,4

OxyContin is one of the most notoriously addictive prescription drugs and has been a significant contributor to the opioid crisis in the United States. According to a  2016 report, there were more than 33,000 opioid-involved overdose deaths in 2015 alone.5 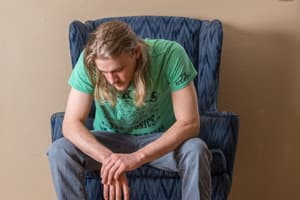 Drugs like OxyContin are no less dangerous or addictive because they are prescribed by a physician. Prescription drug abuse can cause the same kind of devastation that comes with an addiction to any illegal substance. In fact, because the high is so similar, some OxyContin abusers will eventually transition to heroin as a relatively cheaper and, in some cases, more easily obtainable option. Approximately 80% of people who are addicted to heroin were previously abusing prescription opioids.4

Oxycodone works by attaching to opioid receptors located in your brain, gut, spinal cord, and other organs and blocking pain messages sent from the body to the brain. When you take a drug like oxycodone, your opioid receptors release a large amount of dopamine, which is a neurotransmitter responsible for feelings of pleasure and reward. When you abuse OxyContin, this dopamine surge causes an addictive euphoric high.4

Since 2002, there have been more overdose deaths involving prescription painkillers than those involving heroin and cocaine.

Many people who became addicted to OxyContin began taking it with a prescription for pain but started misusing it at some point. Misuse can include:

Anyone taking opioids for an extended period of time, even if taking it as directed, will develop tolerance to these drugs. This means they will require increasingly larger doses to feel the same effects. Moreover, someone using OxyContin may eventually become physically dependent on it, which means that they will need to take it just to feel as though they are functioning normally and can get through the day without getting sick.

Being tolerant to or dependent on OxyContin doesn’t necessarily mean you are addicted, but both are contributing features of addiction. Addiction, specifically, is characterized by intense drug cravings and an inability to control drug use despite attempts to cut back or stop altogether. Avoidance of the extremely uncomfortable withdrawal symptoms in those with significant physical dependence can fuel the compulsion to continue abusing OxyContin despite their best efforts to quit.

Signs and Symptoms of Overdose

Overdose is a serious risk of OxyContin abuse. Each day, more than 40 people die from an opioid overdose.6

If someone has overdosed on OxyContin, they may exhibit signs such as:4

The respiratory depression associated with Oxy overdose may be fatal. If you suspect that you or someone you know is overdosing, it is crucial to seek immediate emergency medical attention. Call 911 or go to your nearest emergency room right away. An opioid receptor blocking medication called naloxone can help reverse the effects of opioid overdose, but it must be given quickly. Family members and friends who have access to naloxone kits can administer this medication, but it is not a replacement for medical attention.7

A number of factors can increase the risk of overdose, including: 7-9

Long-Term Consequences of Use

Abusing OxyContin can have a number of detrimental consequences that can affect your mental, social, and physical well-being and undermine your ability to function in day-to-day life. The most obvious consequence is the development of an addiction, or opioid use disorder.

Signs of an opioid use disorder that you may recognize in yourself or someone else include:9,10 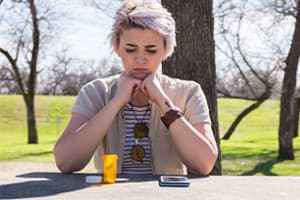 If you have an OxyContin addiction, you may suffer from long-term consequences such as:10,11

After dependence develops, when you stop using OxyContin, your body will likely struggle a bit as it adjusts to functioning without the drug-this is the withdrawal process that usually follows the cessation of OxyContin abuse. While opioid withdrawal can be physically uncomfortable (often described as being akin to a terrible flu), it is typically not life-threatening. Relapse tends to be the main risk for people going through withdrawal from opioids like OxyContin.12

During withdrawal from OxyContin, you might experience symptoms such as: 13

In addition to the symptoms above, some people experience severe depression during opioid withdrawal. In some cases, withdrawal depression may be accompanied by suicidal thoughts or behaviors.10 So while the physical impact of withdrawal may not be particularly dangerous, the psychological impact can. The psychological risks, combined with the possibility of relapse, leads many people attempting to recover from OxyContin addiction to seek detox in a supervised inpatient environment. Detox programs provide support and monitoring to ensure your safety and well-being as your body withdraws from the substance. Because withdrawal from OxyContin is seldom associated with immediately dangerous symptoms, you can safely choose between social or medical detox programs.

While the physical impact of withdrawal may not be particularly dangerous, the psychological impact can.Social detox, also known as non-medical detox, is mainly intended for those who are medically stable and who do not require a high level of supervision. It does not involve medical intervention but rather relies on peer and social support to help people through the acute withdrawal period. SAMHSA recommends social detoxification over unsupervised detoxification. Many reputable organizations offer this type of detox program.14

Inpatient medical detox offers 24/7 supervision and is staffed by physicians, nurses, and other medical staff. Inpatient facilities monitor you for any medical complications, offer support, and provide medication to ease the more distressing physical and psychological symptoms.

Outpatient medical detox programs also offer support and monitoring, but you live at home and travel on a regular schedule to receive detox services, so the level of care is not as intense.

The Substance Abuse and Mental Health Services Administration (SAMHSA) recommends hospitalization or another form of 24-hour care as “the preferred setting for detoxification” for those undergoing opioid withdrawal.14

How to Find Help for OxyContin Addiction

The recovery process does not end once OxyContin detox is complete. Without additional addiction treatment, the likelihood of relapse is high, as you won’t have learned the tools you need to stay abstinent. In order to take a solid step toward sobriety, you will need to address both the body and the mind by continuing your care in an addiction treatment program, options for which include: 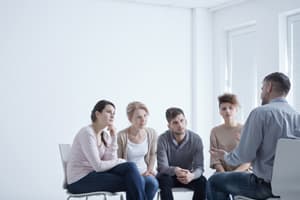 To maintain sobriety and prevent relapse once rehab is completed, people in recovery are encouraged to participate in aftercare. Aftercare is a way to help you readjust to life after treatment and can help you resist the urge to resume using. A variety of programs can be helpful for this purpose, including:

Putting off treatment can delay your recovery and postpone your ability to lead a happier, healthier, and drug-free life. It’s never too late to turn everything around. Engaging in a treatment program can be one of the best ways for you to start the road to recovery. Effective addiction treatment can help you stop using drugs, help you achieve long-term sobriety, and help you develop a more productive and fulfilling life.17 Professional treatment programs for OxyContin abuse provide the support, structure, and encouragement you’ll need to help you along the path to recovery.

More resources about Treatment for Long and Short Term Effects of Oxycontin Abuse:

OxycodoneOxycontin
Want to get help, but not ready to talk?
Instead, sign up for text support to receive: