Side Effects of Dilaudid Addiction and Finding Treatment

Dilaudid, a powerful opioid pain medication, can cause a pleasurable rush of euphoria—especially when it is misused. Besides the sensation of feeling “high,” Dilaudid abuse is also associated with dangerous short- and long-term effects, including overdose and even death.

Quitting Dilaudid can be especially challenging because stopping or reducing the dose can result in a very unpleasant (albeit rarely dangerous) withdrawal syndrome. Detox and other treatment programs can ease recovering individuals through this period and help teach them the skills they need to get and stay off Dilaudid for the long term. 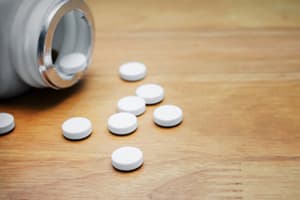 Dilaudid is the brand name for hydromorphone, a prescription opioid medication used to treat severe pain.1 The drug is available in several forms: as an injectable solution, oral solution, or tablet. Some Dilaudid users may misuse the drug by taking it in larger amounts or more frequently than prescribed, or by taking the drug without a prescription in order to get high.2 Dilaudid abuse can take many forms, including swallowing the pills, crushing and snorting the pills, or even injecting the drug. Snorting and injecting the drug gets it to the brain more quickly than oral routes and can increase the dangers and risk of overdose.2

Prescription opioids like Dilaudid are highly addictive. These drugs attach to opioid receptors in the brain and body and, in doing so, reduce feelings of pain and induce a rewarding euphoric sensation that can keep users continually returning to the drug.2 Dilaudid is slightly more potent than other notoriously addictive opioids like OxyContin (oxycodone). 3 Because of its significant addictive potential, Dilaudid is generally not prescribed for mild or moderate pain that can be effectively treated using other, less addictive medications.1

An estimated 20% of Americans ages 12 and over have misused prescription medications at some point in their lifetimes.2

This is especially troubling when opioid prescriptions are so common. In fact, approximately 1 in 5 pain patients are prescribed opioid painkillers by their physicians.4 Between 2000 and 2009, the number of hydromorphone prescriptions dispensed by American pharmacies increased by nearly 300%.5 These increases are accompanied by a troubling rise in deadly opioid overdoses.5

Those using Dilaudid must be careful to take it as prescribed and with monitoring from their physician, given its abuse liability. If you or someone you care about is currently suffering from an addiction to Dilaudid, there are resources for you to get help. Waiting to address the problem can result in serious physical and psychological effects, as well as fatal overdose.

Short-term effects of Dilaudid include:2

These immediate pleasurable effects may be accompanied by a long list of side effects, including:1

If you experience any of the following dangerous side effects while taking Dilaudid, seek medical care immediately:1

Combining Dilaudid with other drugs can increase the risk of dangerous side effects.1 Opioids like Dilaudid can be especially dangerous if combined with alcohol, benzodiazepines, or barbiturates, because these drugs also depress the respiratory system, so the compound effect can easily be fatal.2

While Dilaudid is intended to be used strictly for medical purposes, like other opioids, it is abused for its heroin-like euphoric high. 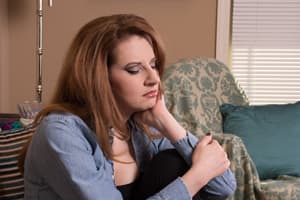 Dilaudid abuse can lead to addiction, a condition that involves changes in the brain, inability to control drug use, and significant negative consequences as a result of drug use.2 People who abuse or are addicted to Dilaudid may exhibit specific physical, psychological, and behavioral signs such as:

Dilaudid is slightly more potent than other notoriously addictive opioids like OxyContin (oxycodone).

Dilaudid addiction is a serious concern because of the risk of overdose and dangerous long-term effects. Fortunately, addiction can be addressed with therapy and sometimes medication. Many people addicted to opioids like Dilaudid go on to recover and live healthy, drug-free lives.

Abusing prescription opioids can increase the risk of eventually becoming addicted to heroin.7 Between 2002 and 2012, first-time heroin use was 19 times higher among people who had previously abused prescription painkillers like Dilaudid and OxyContin.

Prescription opioids and heroin both bind to opioid receptors in the brain, causing a similar high.7 Dilaudid users may make the switch over to heroin at some point because of the cheap cost as compared to that of pain pills. Heroin, unfortunately, is easy to access and inexpensive.7

Dilaudid users may make the switch over to heroin at some point because of the cheap cost as compared to that of pain pills.

People who are physically dependent on prescription opioids may be especially at risk for switching to heroin at some point. When you’ve become physically dependent on Dilaudid, you’ll feel like you need it just to avoid being sick (withdrawal) and get through the day. So if you can no longer access Dilaudid for one reason or another, heroin can seem like an appealing option to keep from experiencing the painful symptoms of withdrawal. But, making this switch is extremely dangerous, especially in light of the fact that heroin is so often adulterated with even stronger opioids like fentanyl. Heroin users are also more likely to inject the drug, which can increase the risk of contracting HIV, hepatitis, and other infectious diseases.

What Are the Long-Term Effects?

Prescription opioids like Dilaudid can have serious long-term effects, including:

Prescription opioids can significantly impair a person’s judgment and decision-making abilities.8 Dilaudid users may put themselves in risky situations while high, such as visiting dangerous areas to buy drugs, driving while impaired, or having unprotected sex. These dangerous behaviors can result in permanent and serious long-term consequences, such as serious injuries, unintended pregnancies, illnesses, legal problems, and even death.

Symptoms of a Dilaudid overdose include:1,9 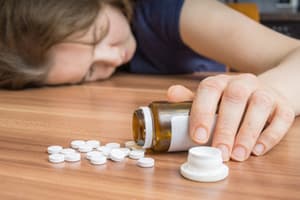 In some cases, a Dilaudid overdose may result in death.9 The number of fatal opioid overdoses has increased significantly since the late 1990s and, since 2002, has surpassed the numbers of cocaine and heroin overdoses combined.2,7 The risk of overdose is significantly elevated when prescription opioids are combined with other drugs, especially alcohol or sedatives.8

It is important to seek medical attention immediately, as some of the effects of an overdose may be reversed or reduced if treated properly with Narcan (naloxone). This drug can reverse the effects of an opioid overdose and is available as an injection or nasal spray. Generally used by first responders, Narcan, and training to use it, may also be provided to community members and loved ones of opioid users to administer in case they witness an overdose.

If you witness a Dilaudid overdose, call 911 right away.

What Happens During Withdrawal?

Withdrawal brings about a combination of physical and emotional symptoms and occurs when someone who is physically dependent on a drug tries to cut down or stop taking it.2 Acute withdrawal symptoms for Dilaudid typically last for 4-10 days.12

Acute Dilaudid withdrawal symptoms may include:2,11,12

While opioid withdrawal is often uncomfortable, it is unlikely to be physically dangerous in most cases.11 However, rarely some opioid withdrawal symptoms can lead to complications. For example, severe vomiting can result in dehydration, aspiration (inhaling fluid into the lungs), and lung infection. 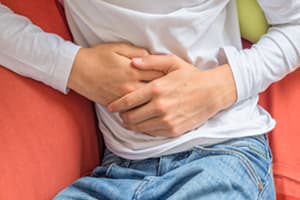 After the acute withdrawal period is over, some Dilaudid users may start to feel better and return to normal functioning. However, symptoms such as anxiety, irritability, depression, fatigue, and insomnia may persist for several weeks or months.12 This is known as protracted withdrawal.

Dilaudid withdrawal can be a severely physically distressing process and, when psychological symptoms are at their worst, suicidal thoughts may manifest. Participating in a detox program can help ensure a safer and more comfortable withdrawal. Detox programs may provide both medication-assisted treatment (MAT) and social support.

MAT involves prescribing medications to reduce withdrawal symptoms and cravings in order to prevent a relapse.2 Medications prescribed for Dilaudid addiction include:

Detox programs also offer the opportunity for participants to begin to establish a sober support network. These programs provide group therapy and introduce participants to recovery meetings. Medications combined with support can help improve the chances of a successful recovery. Some detox programs follow a social model and only provide supportive care and no medications. When picking a detox program, make sure you find one that suits your personal needs.

How Can I Get Help?

Recovery groups are free support groups for people in any stage of recovery, including anyone who may be contemplating quitting drugs and alcohol. Support groups help members connect with other sober people. Twelve-step groups like Alcoholics Anonymous and Narcotics Anonymous encourage members to work the 12 steps, which include admitting powerlessness over drugs and alcohol and developing a connection with a higher power. SMART Recovery is an alternative support group that teaches skills for dealing with cravings and maintaining abstinence.

Developing an aftercare plan is important for ensuring that people maintain recovery after treatment is over. Aftercare plans may include continuing therapy, living in sober housing, and attending recovery meetings. Aftercare can also involve developing a relapse prevention plan that includes managing triggers and coping with cravings.

Fighting Back Against Cravings and Triggers

Cravings are strong urges to use a drug. They can arise at any time but may be more common in early recovery and during times of stress. Almost every recovering drug user will experience a craving at some point in time. Fortunately, there are several ways to cope with cravings: 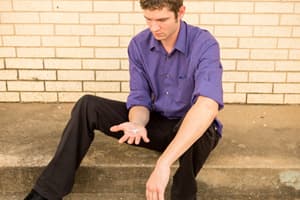 Triggers are anything that may cause or increase a craving to use a drug. If not managed, triggers can cause emotional distress and may lead to a relapse. Recognizing and managing triggers is an important part of staying sober. Triggers may include:

To identify your triggers, first ask yourself when, where, and with whom your drug use occurs. Think about what you may be thinking and feeling when using drugs. Create a list of all of your possible triggers. Next, decide whether your triggers should be avoided or managed. Some triggers, such as certain people or places, can be easily avoided. Other triggers, such as feeling depressed or anxious, cannot be avoided and should be managed instead.

A relapse prevention plan is a guide for you to refer to when you experience a craving or are faced with a trigger. It includes a list of triggers with a plan for managing each one and a list of different ways that you can cope with cravings that arise. A good relapse prevention plan should also include a list of local recovery meetings and the names and phone numbers of a few sober people. Keep this guide handy and refer to it any time that your sobriety feels at risk.

Taking a Step Toward Sobriety

Dilaudid addiction is a treatable condition that can be managed with professional help. Participating in addiction treatment is the first step in kick-starting the recovery process and turning your life around. Recovery allows you to take control of your physical and mental health and relationships and live a life without drugs and alcohol. If you need help, don’t hesitate to reach out; it could save your life.

More resources about Side Effects of Dilaudid Addiction and Finding Treatment: