How Much Alcohol Is Too Much During Pregnancy?

Written by: Katherine Schreiber
Last updated on May 24, 2022

We know that at the higher end of the alcohol consumption spectrum adverse outcomes can occur. But what about at the lower end? What about gray area drinking or any drinking during pregnancy? That’s where the data is a little less clear—and where Oster took a deep dive to draw some more scientific conclusions about moderate to light alcohol consumption’s effect on fetal and child development.

As Oster points out,

Heavy drinking is frowned upon everywhere, but some places in Europe have recommendations suggesting that a few drinks a week are fine. An occasional glass of wine or beer is much more common there. Yet there is no evidence of more fetal alcohol syndrome in Europe; if anything, rates are higher in the United States. If having a couple of glasses of wine a week lowered IQ, we would see big differences between the United States and Europe. This is simply not the case.

She goes on to highlight a handful of large-scale studies tracking the developmental outcomes of offspring born to women who drank heavily, lightly to moderately, or not at all. One study, published in a 2010 edition of the British Journal of Obstetrics and Gynecology (BJOG), tracked the drinking behaviors of over 1,800 Australian women throughout their pregnancies by asking moms to report at week 18 how much they’d drank during their first trimesters and at week 34 how much they were currently drinking, then assessed the behavior of these women’s children from birth to age 14. The women participants were categorized into five groups based on their drinking habits: No alcohol, occasional drinking (1 drink per week), light drinking (2 to 6 drinks per week), moderate drinking (7 to 10 drinks per week) and heavy drinking (11 or more drinks per week). The researchers controlled for confounding factors known to influence child health outcomes, such as maternal age and education, socioeconomic status, smoking status, and whether the child’s father lived in the same home as mom and child. 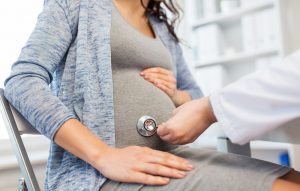 Their findings were surprising: Children born to mothers who reported drinking lightly and moderately during their first trimester—the time during which a fetus is thought to be most vulnerable to alcohol’s potentially deleterious effects—had fewer behavioral problems from birth to age 14 than children born to mothers who completely abstained from alcohol during their first trimester. Equally surprising: Heavy alcohol consumption didn’t appear to be strongly associated with poor behavioral outcomes either, though the researchers attribute this to a very small number of heavy drinkers being included in the study (42 in total—compared to 60 moderate drinkers, 419 light drinkers, 539 occasional drinkers, and 1,310 total abstainers).

Similar effects have been found for the likelihood of premature births: In a 2003 study Italian researchers found that women who drank up to 1 drink per day were actually less likely to have premature babies than those who did not drink at all.

As for other fetal outcomes like IQ, much evidence suggests that so long as moms limit their intake to less than one drink per day (read: a light to moderate amount) their offspring’s intelligence won’t suffer.

Why Would Light to Moderate Drinking Bode Better for Offspring Health?

How do researchers make sense of these findings that challenge standard advice to steer clear of any booze whatsoever during pregnancy? Some attribute light to moderate drinking’s positive effect on offspring outcomes to the known correlation between moderate alcohol consumption and other health behaviors and to a moderate amount of alcohol’s ability to help regulate mom’s stress response system—and thereby potentially lower her baby’s exposure to the harmful effects of cortisol and other stress hormones (which may increase offspring’s risk of developmental delays and childhood psychiatric disorders). As the authors of the BJOG study write: 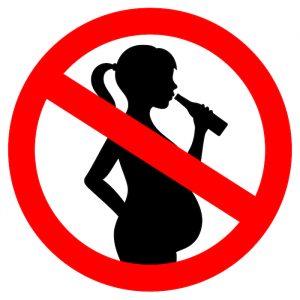 Substance-use research suggests that moderate drinkers are mentally healthier than both abstainers and addicts, which is attributed to the self?efficacy and behavioural self?management required for moderating substance intake.The self?control that allows light–moderate drinkers to contain and manage their drinking quite plausibly enables better parenting and positive child well?being.

…[B]iological mechanisms may also help to explain the results…Given that maternal prenatal anxiety is a risk for the development of behavioural problems in childhood, low doses of alcohol may have a moderating effect on maternal mood.

It’s worth noting that light to moderate drinkers also tend not to slam back their drinks, choosing to nurse them for many minutes—sometimes an hour or more. This measured pace of alcohol consumption allows any alcohol imbibed to be adequately metabolized and keeps blood alcohol concentrations low. (By contrast, the quicker you drink, the more you overwhelm your cells’ capacity to metabolize alcohol in a timely fashion and the more alcohol winds up in your bloodstream.) Same goes for drinking on a full versus empty stomach: Consume alcohol with food and alcohol stays in the stomach longer without passing to the small intestine (thanks to the pyloric sphincter, which separates these GI system segments, slamming shut when food enters the stomach to ensure foods’ adequate digestion by stomach acid). Not passing into the small intestine means that alcohol’s absorption is minimized—in large part because the greater surface area of the small intestine contains many more epithelial cells than the stomach which would absorb more alcohol into the bloodstream, but also because food (especially fatty food) can inhibit whatever absorption does occur in the stomach.

Pregnant women who drink moderately may also drink more slowly and be less inclined to drink on an empty stomach. As a result, they may have lower blood concentrations of alcohol and be able to metabolize it more efficiently—meaning: A negligible amount of alcohol ends up entering their fetus’s blood supply. (And with the relatively moderate amount of alcohol consumed and metabolized, fewer harmful metabolites, like acetaldehyde, also make it to the fetal blood supply).

The Takeaway: Is Total Abstinence from Alcohol During Pregnancy Necessary?

Prohibitions against drinking during pregnancy are nothing new. There are biblical admonitions against drinking during pregnancy—in Judges 13:4 an angel swoops down to advise an unnamed “Wife of Manoah” to abstain from wine so she can adequately bear the future Samson. Aristotle and Plato also cautioned both men and women against the consumption of alcohol during any attempts at conception, lest alcohol interfere with the process—despite these philosophers’ very limited understanding of the mechanics of embryo formation and implantation.

But the total abstinence approach that public health institutions in America promote may not be grounded in solid science. Of course, there will always be populations for whom drinking in any amount is inadvisable. People with a history of alcoholism or other addictive behaviors may have a different response to alcohol consumption and may find it impossible to drink moderately if they become pregnant. So for these folks abstinence really may be the better (and safest) bet. Additionally, certain medications may adversely interact with any amount of alcohol, rendering a fetus at even greater risk if alcohol interacts with said medication during a pregnancy. Some women also have genetic variations that alter their ability to metabolize alcohol and thus even light to moderate amounts of drinking could mean that their future offspring are subject to higher concentrations of alcohol via placental diffusion.

Suffice it to say, unless an expecting mom has a pre-existing medical condition, genetic predisposition, or takes a medication that’s known to adversely interact with alcohol, it’s probably not going to massively undermine her offspring’s physical, emotional, and cognitive health if she has an occasional drink throughout her pregnancy. This absolutely does not mean that women who do not drink prior to pregnancy should take up boozing once they become pregnant. But if you regularly consume a few drinks per week (at the rate of about one per sitting—slowly, at that, and ideally with food) studies suggest you needn’t cut yourself off completely throughout pregnancy. 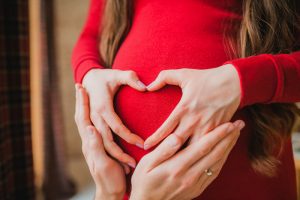 Based on her thorough review of the research into light and moderate drinking during pregnancy, Oster recommends capping your alcohol consumption during the first trimester to one or two drinks per week and no more than one drink per day in the second and third trimesters. Of course, you should talk to your doctor about your drinking habits well before you get pregnant and throughout your pregnancy to determine what’s best for your body—and your baby. If at any point you feel that drinking is becoming a problem for you, it’s crucial to your own, and your baby’s, health to seek help ASAP.