The Opioid Crackdown: Have We Gone Too Far? Part II

Common misconceptions and misinformation have fueled near hysteria about the so-called opioid “epidemic,” fed what’s been called a “civil war” within the medical profession, and downplayed concerns about other major drug problems. Furthermore, misinterpretation of the widely followed 2016 “CDC Guideline for Prescribing Opioids for Chronic Pain” – with its 12 “recommendations” for “determining when to initiate or continue opioids for chronic pain” – has left some chronic pain patients feeling defenseless against their agony.

Let’s examine commonly believed and widely reported information relayed to the general public and the medical community that has fueled these issues and see just how accurate it is.

Claim: The current opioid epidemic is the worst drug crisis in American history.

Reality: The most recent government figures (based on the year 2015) indicate that opioids, both prescription and illicit (such as heroin and fentanyl), are the main driver of drug overdose deaths which add up to nearly 33,100 deaths a year. Opioid overdoses have quadrupled since 1999, considered a dramatic increase. As stated in Part 1, addiction occurs in only a small percentage of chronic pain patients who take prescription opioids – rates of carefully diagnosed opioid addiction have averaged less than eight percent in published studies.

While certainly a very serious concern, what seems to get lost in the nonstop barrage of information about the opioid “epidemic” is the fact that alcohol is a drug, our deadliest one – that is, after tobacco. An estimated 88,000 men and women die from alcohol-related causes annually. Among adults aged 20 to 64, one in 10 deaths are because of excessive alcohol use, based on data from 2006 to 2010. As for alcohol use disorders (AUDs), “Remarkable increases” were reported in the September 2017 issue of JAMA Psychiatry. Over an 11-year period (2001-2002 to 2012-2013), the increase overall was by nearly 50 percent. For women and African Americans, the escalation in AUDs was much higher. Have you heard anyone talking about an alcohol or alcohol use disorder epidemic? Note, too, that we seldom hear that other drugs, such as alcohol and/or benzodiazepines, are often involved in opioid-related deaths. In such cases, any combination of these three drugs can be responsible because all of them can depress respiration.

Claim: Almost all prescription opioids on the market are just as addictive as heroin… Prescription drugs are driving heroin addiction. 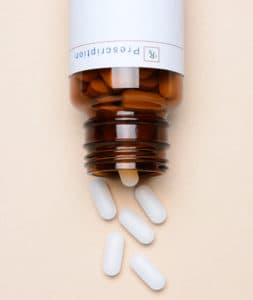 Reality: In a 2016 review paper (mentioned in Part 1) in the New England Journal of Medicine the National Institute on Drug Abuse Director, Nora Volkow, M.D. and renowned treatment researcher Thomas McLellan, Ph.D., state, “A small (estimated at 4%) but growing percentage of persons who are addicted to prescription opioids transition to heroin, mainly because heroin is typically cheaper and in some instances easier to obtain than opioids.” Certainly, use of prescription opioids is a risk factor for heroin use. However, although it’s been reported that nearly 80 percent of heroin users started with prescription opioids, a large annual government survey revealed that of people ages 12 and older who said they misused a prescription pain reliever (broadly defined as used in any way not directed by a by doctor), most obtained the medication from a friend, relative, drug dealer, or stranger – not directly from a medical prescriber.

When it comes to the recent increase in opioid-related overdose deaths, several US Centers for Disease Control and Prevention experts point out in an October 2017 JAMA “Viewpoint” that available data suggest that currently the “overwhelming driver” of overdose deaths is contamination of the heroin supply with illicitly manufactured fentanyl, a synthetic opioid that’s 50 to 100 times more potent than heroin.

Claim: There’s no evidence that opioids are beneficial for long-term chronic pain management.

Reality: Although even the “CDC Guideline for Prescribing Opioids for Chronic Pain” maintains, “No evidence shows a long-term benefit of opioids in pain and function vs. no opioids for chronic pain with outcomes examined at least 1 year later,” this only gives one side of the story. “Neither side has much evidence about the benefits or consequences of long-term use because almost no such studies exist.” (My italics.) So states a previously mentioned (see Part 1) well-researched article in Statnews.com about the “civil war” over painkillers in the medical community.

One primary care physician with addiction board certification who has given this issue a great deal of thought and study, putting time and energy into educating medical professionals about proper interpretation of the CDC Guideline is Stefan Kertesz, M.D. from the University of Alabama, Birmingham. He gave a well-thought-out presentation to medical professionals in April of this year, including an overview of what we do know about opioid use and chronic pain, while admitting the evidence of benefit of long-term use of opioids is inadequate. In summarizing the available research, he said that randomized controlled trials (RCTs – the gold standard in research) for chronic pain show modestly favorable outcomes for prescription opioids but are relatively short-term (as they are for non-opioid treatments for pain – see below.) Long-term observational studies involving opioids don’t have consistently favorable outcomes, and some show worse functioning over time. However, such studies do not reveal cause and effect, just associations. Moreover, Kertesz points out that in these kinds of studies, opioids are most often prescribed to pain patients who are also the most psychologically distressed and, therefore, are at higher risk of poor outcomes. 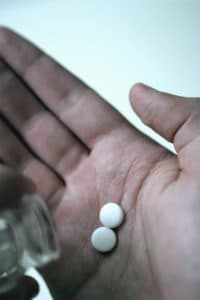 Reality: Dr. Kertesz points out that, although he agrees with the CDC Guideline that long-term use of opioids should be avoided if possible, he also maintains that we have few long-term studies for any of our chronic pain interventions. Yet take note of the opening words of the first recommendation of the CDC guideline: “Nonpharmacologic therapy and nonopioid pharmacologic therapy are preferred for chronic pain.”

Kertesz showed data from a 2016 review of the evidence by Tufts University researchers published in the America Academy of Pain Medicine’s journal, Pain Medicine, in which they compared durations of studies on opioid, non-opioid drug (including NSAIDS, anticonvulsants, and antidepressants), and behavioral therapies (such as cognitive-behavioral therapy and mind-body therapy) for chronic pain. Their focus was on duration of the studies because the CDC guideline “asserted that the literature contributes no evidence on efficacy [of opioids for chronic pain] because all trials had ‘inadequate duration.’” As such, the Tufts researchers included opioid studies dropped from the CDC report because of inadequate duration. (This study did not look at possible pain interventions such as exercise, physical therapy, or chiropractic.)

Their conclusions? “No common nonopioid treatment for chronic pain has been studied in aggregate over longer intervals of active treatment than opioids… Considering only duration of active treatment in efficacy or effectiveness trials, published evidence is no stronger for any major drug category or behavioral therapy than for opioids.” (The vast majority of studies for all types of treatments were 12 weeks or less.)

Finally and significantly – while acknowledging concerns about opioid misuse and possible diversion into communities posed by prescriptions at high doses for long periods of time – the Tufts researchers expressed concern about the CDC suggestion that nonopioid pharmacologic therapy is preferred for chronic pain. Why? Because the Guideline fails to mention “the overwhelmingly strong evidence for significant morbidity and mortality risk from the most likely nonopioid alternatives such as NSAIDS [related to gastrointestinal and cardiovascular problems] and acetaminophen [related to liver problems when taken in relatively small excess.]” They conclude, “The risk likely to result from an increased population-wide consumption as a consequence of following this recommendation are difficult to estimate.”

Part 3 will discuss concerns about misinterpretation of the CDC guideline as well as possible harms that can result when opioids are curtailed for management of chronic pain.

Additional Reading: The Opioid Crackdown: Have We Gone Too Far? (Part I)