Should Drinking be the Focus of Therapy for Alcoholism?

When most people think about alcoholism (or any addiction), it’s natural to focus on the behavior itself. As living creatures, we’re built to see behavior and respond to it. It took mankind thousands of years before people began to seriously look beneath the surface to try to understand the causes of behavior. That was the birth of modern human psychology.

Today, every good therapist tries to find the emotional factors that lead people to do what they do. But in addiction, this has often become sidetracked. Rather than looking at causes, therapists commonly focus on the behavior itself and its consequences. Certainly this is in part because the behavior is harmful. Therapists feel that they have to do something to get it stopped as quickly as possible. Patients and their families usually feel exactly the same way. This creates a great deal of pressure on the treatment.

Unfortunately, as every experienced therapist knows, trying to speed up treatment almost always either slows it down or makes it impossible. People have reasons and feelings, both conscious and unconscious, for what they’re doing, and trying to force a change is a fool’s errand.

But with the pressure on them, therapists often zero in on the behavior as if a more intense focus will burn it away. They talk to people with addictions about the awful, destructive consequences of their behavior, desperately hoping that this knowledge will cause them to stop it. In the past 35 years of treating people with addictions, I’ve never met anyone who was not already well aware of the destructive effects of their addictive behavior (and usually filled with regret about it). Instead of helping, focusing on the destructiveness of addiction leads people to feel they are being scolded for being bad, or blamed for being stupid. Neither message is helpful, and neither is valid.

…focusing on the destructiveness of addiction leads people to feel they are being scolded for being bad, or blamed for being stupid. Neither message is helpful, and neither is valid.-Lance Dodes 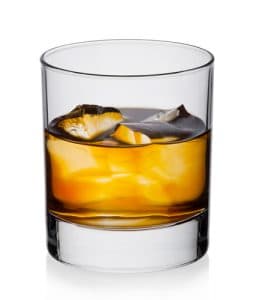 Treatment that is narrowly focused on ending behavior also leaves people feeling worse about themselves when it fails: “My therapist talked to me all the time about not drinking – I could see she was really trying to help me stop – so I feel terrible that I couldn’t do it.” Other unhelpful ways therapists focus on addictive behavior itself are: encouragement (“You can do it”; We’ll beat this together”), education (“Let me explain to you how different drugs work”), advice (“Try to get a lot of rest before the event so you don’t drink afterwards”), and monitoring (“Let’s keep track of how many drinks you had this week. We’ll try to get that number down”).

Besides the risk of leading people to feel worse, none of these approaches has had much success, and none helps in understanding the cause of the problem.

Of course, working to know the cause does not mean simply ignoring addictive behavior or its dangers. On the contrary, when one isn’t encouraging, educating, advising or monitoring, a lot of time and energy is available to do something more useful. Treatment can be devoted to uncovering and examining the emotional stresses that precipitated the addictive behavior. By this, I don’t mean what happened immediately before the behavior, like walking into a bar or driving to a casino. I mean finding the emotional precipitant that preceded thinking about walking into a bar or going to the casino. After all, what we want to know is what precipitates the emotional need to have that drink. That precipitant may have occurred hours or even days before. A person may have thought about drinking, then put it out of mind, only to drink a few days later when he had the opportunity, or something reminded him of the earlier distress.

When people learn what their own pattern is about, whether it is feeling abandoned, unloved, humiliated, worthless, terrified, and many other possibilities, they are in position to do something new.-Lance Dodes

Once folks look in the right time and place, what usually happens is they find not only an experience of feeling helpless or trapped, but given enough instances, they find that there is a pattern to all these episodes. This pattern consists of a clear personal set of issues that are being provoked, for which the addictive behavior that follows is a maladaptive (symptomatic) solution.

When people learn what their own pattern is about, whether it is feeling abandoned, unloved, humiliated, worthless, terrified, and many other possibilities, they are in position to do something new. They can foresee when those issues will come up in the future. At that point they can accomplish something remarkable. They can predict the next time they will have the urge to perform their addictive act. Having advance knowledge gives them time to both think through the issues that feel so overwhelming and, if necessary, change their plans to deal with them. (A description of this entire process may be found in my second book, Breaking Addiction.) Finally, knowing the emotional issues in them for which addiction is an attempted solution creates the opportunity to work out why these particular issues are so overwhelming. At that point, the therapy moves beyond understanding how, why and when addictive behavior recurs, to the root of the emotional issues that have created the need for this compulsive symptom.

At that point, the therapy moves beyond understanding how, why and when addictive behavior recurs, to the root of the emotional issues that have created the need for this compulsive symptom.-Lance Dodes

Focusing on the psychology behind addiction is also a boon to therapists. Nobody likes to push for change, only to hit a wall. When therapists put themselves in the position of arguing, pressuring, educating, or encouraging people to change their behavior, they become frustrated, and often angry with their patients. But when their focus shifts from behavior and its consequences to its causes, things change. Both therapists and patients can feel they are on a worthwhile mission to understand and solve the patient’s internal dilemmas, rather than being engaged in an often fruitless single-minded battle to defeat the behavior.

Lance DodesAUTHORLance Dodes, M.D. is a Training and Supervising Analyst Emeritus at the Boston Psychoanalytic Society and Institute and has retired from his position as assistant clinical professor of psychiatry at Harvard Medical School. He is the author or co-author of many journal articles and book chapters about addiction, and is the author of three books: The Heart of Addiction (HarperCollins, 2002), Breaking Addiction: A 7-Step Handbook for Ending Any Addiction (HarperCollins, 2011), and The Sober Truth: Debunking the Bad Science Behind 12-Step Programs and the Rehab Industry (Beacon Press, 2014). He has been the Director of the substance abuse treatment unit of Harvard’s McLean Hospital, Director of the Alcoholism Treatment Unit at Spaulding Rehabilitation Hospital and Director of the Boston Center for Problem Gambling. He is Chair of the American Psychoanalytic Association's discussion group, The Psychology of Addiction. l Dr. Dodes has been honored by the Division on Addictions at Harvard Medical School for "Distinguished Contribution" to the study and treatment of addictive behavior, and has been elected a Distinguished Fellow of the American Academy of Addiction Psychiatry. Breaking Addiction was honored in its category as a Library Journal Best Book for 2011. In 2012 he was awarded the Author Prize as one of the most cited authors by Psychoanalytic Electronic Publishing.
Take the next step