Setting the AA Record Straight Part III: Not Meant as the Only Way… On Paper

More than 15 years ago, when I proposed the ideas for the book that would become Sober for Good – about hundreds of people who recovered in many different ways – my editor was shocked to learn that recovery is possible without joining AA and following its tenets. Fast forward to when I started writing Inside Rehab about 10 years later, when Tom McLellan, Ph.D., co-founder of Philadelphia’s Treatment Research Institute said to me, “I personally do not know of a single program – other than methadone programs for heroin addicts – that could reliably be characterized as anything other than 12-step.”

A woman who went to a prominent 12-step-based rehab told me she was upset that in a lecture, other models of treatment were mentioned, but when she asked what they were, she couldn’t get an answer.-Anne Fletcher

As previously stated in this series, although AA support groups are not treatment, the vast majority of formal addiction treatment programs in this country incorporate the 12 steps of AA in some fashion. While writing Inside Rehab, I mentioned to an addiction counselor at an outpatient program that I had visited some non-12-step treatment facilities, and it was as if he couldn’t fathom it. He asked, “What would it be? Treatment came out of AA.” An administrator and counselor who had worked at a prominent rehab for many years said to me, “I wouldn’t recommend that someone go to SMART Recovery. I don’t know anything about it.” (SMART Recovery is a non-12-step support group based on scientific cognitive-behavioral principles that at that time had been around for about 15 years. It has hundreds of groups nationwide, as well as an on-line presence.)

Indeed, few people I interviewed for the book told me they were exposed to any support groups or philosophies aside from AA and its 12 steps. A woman who went to a prominent 12-step-based rehab told me she was upset that in a lecture, other models of treatment were mentioned, but when she asked what they were, she couldn’t get an answer.

Traditional residential rehabs were quite forthright about the fact that they were 12-step-based. I also got the sense that most clients went to them knowing and expecting this. But with constant media exposure to the 12 steps and so little information on alternatives, how would they know otherwise? (When was the last time you saw anyone on a TV show deal with a substance problem without attending AA? Think “Nurse Jackie.”)

When was the last time you saw anyone on a TV show deal with a substance problem without attending AA?-Anne Fletcher

AA Not Meant to Be the Only Way

In a 2010 paper, addiction and recovery historian William White, MA and AA scholar, the late Ernest Kurtz, Ph.D., expound on the many ways AA co-founder Bill Wilson emphasizes “respect for the varieties of recovery experience” in a paper titled “A Message of Tolerance and Celebration: The Portrayal of Multiple Pathways of Recovery in the Writings of Alcoholics Anonymous Co-Founder Bill Wilson.” Noting that Wilson repeatedly denied that AA is the only way to resolve alcohol problems, they documented such statements of his as the following: 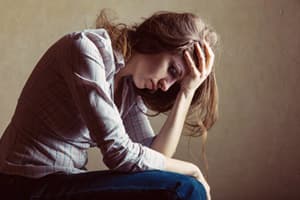 Many people complain of the dogma imposed upon them at AA meetings – sometimes expressed in the form of slogans or squelching of attendees who question, express their own opinions, or do things their own way. I’ve heard of expressions relayed to others such as, “Leave your brain at the door”; “Don’t analyze”; and “Sit down and shut up.” (These can be seen as put-downs of being intellectual and ways to put newcomers or questioners in their place.) And certainly people are pressured to do AA according to certain protocols, such as “working the steps” and getting a sponsor.

On the issue of dogma, White and Kurtz point to the following statement from Wilson: “Simply because we have convictions that work well for us, it becomes very easy to assume that we have all the truth… This isn’t good dogma; it’s very bad dogma.” And Wilson repeatedly stressed that adherence to the steps or other teachings of AA is not a condition of AA membership. Following are some examples offered by White and Kurtz:

As a commenter to one of my earlier columns in this series pointed out, Bill Wilson’s writings certainly do contain inconsistencies. For instance, in AA’s guiding Twelve Steps and Traditions, he wrote, in Tradition Nine, “Unless each AA member follows to the best of his ability our suggested Twelve Steps to recovery, he almost certainly signs his own death warrant. His drunkenness and dissolution are not penalties inflicted by people in authority; they result from his personal disobedience to spiritual principles.” Although he apparently supported the notion of having no musts and welcoming challengers of AA tenets, perhaps this serves as testament that he believed one had to practice AA tenets to be “saved” from the ravages of “alcoholism.”

Unless each AA member follows to the best of his ability our suggested Twelve Steps… he almost certainly signs his own death warrant.-Bill Wilson, Twelve Steps and Traditions

I asked White for his thoughts about this, and he responded, “Bill Wilson’s voluminous writings span more than 30 years and his ideas continued to evolve with his own and AA’s collective experience. Any seeming contradictions in his writings may reflect that evolution or sentiments of the moment that do not reflect the major thrust of his writings. AA critics are prone to attack AA for its perceived rigidity and lack of evolving thought, yet are equally quick to attack what they see as any inconsistencies over time.”

Some administrators at traditional programs said they’d support other routes to recovery, but I saw little indication of this in practice, particularly at residential rehabs. One stated, “We’re not all about ‘the 12 steps are the only way’” and that they’d work with clients who expressed interest in a non-12-step support group after discharge. Yet a doctoral-level staff person who previously worked there said, “We never had any discussions of treatment models other than the disease model and the 12 steps.” (He shared that at one point, professional staff were expected to carry AA’s “Big Book” in a backpack at all times.)

[Carrie G.] told staff that AA wasn’t working for her but was informed that if she wouldn’t do it, she wouldn’t succeed.-Anne Fletcher

In writing my books, I spoke with too many people who were made to feel like they failed because they didn’t connect with AA. Carrie G. went to an exclusive celebrity rehab and found that, although she had a “spiritual counselor” with whom she really connected, the program was “entirely twelve-step based” and she let them know she hated AA meetings. She told staff that AA wasn’t working for her but was informed that if she wouldn’t do it, she wouldn’t succeed. She said, “I felt punished and was made to feel like there wasn’t a lot of hope.”

Wyatt D., who sadly died of drug-related causes while I was writing the book, had been to more than a dozen 12-step-based rehabs – from top-tier to “street places.” He was sometimes “kicked out,” usually because they didn’t like his personal attitude to “the 12-step stuff,” which was “infecting the other people.” I met him after he’d finally found a non-12-step program, where he was introduced to other approaches. Until then, he’d been told that alternatives to AA wouldn’t work. He found the message to be “The 12 steps are the only way… It’s this dogma and if you don’t accept it, they tell you you’re going to die. But if it’s the opposite of how you think, then what hope could you have?”

We know from research that people with substance use disorders are likely to have better outcomes when they’re offered choices for and have a say in recovery and treatment approaches.-Anne Fletcher

We know from research that people with substance use disorders are likely to have better outcomes when they’re offered choices for and have a say in recovery and treatment approaches. A psychologist who used to work at a high-end 12-step rehab told me a story about a man who paid the price of not being treated this way. The man had abandoned his religion some time ago. However, the psychologist said, “For thirty days, all we did was argue about accepting a higher power. If not for that, I think he might have stayed in treatment longer.”

The psychologist wondered, “Couldn’t we have found a different way to reach him? The clear message at the rehab, however, was that the only curative treatment for addiction is the twelve steps… ‘you will believe or else,’ as opposed to a client searching, questioning, and discussing.”

A friend of mine who’s been reading this series on AA (along with the derogatory comments about AA) who happens to be a brilliant psychology professor and member of AA said, “I just find it so interesting when people talk about what ‘AA’ says or does as if it is an entity in and of itself rather than a group of people, each of whom is an individual rather than an agent of AA. It makes this topic a challenge to talk about.” For these reasons, it’s important to inform the public – particularly AA members and treatment professionals – about AA’s original underpinnings so that attendees’ experiences can be what they were intended to be.