In 1610, Galileo published unequivocal empirical evidence that the earth revolves around the sun.

In 1616, the Inquisition ruled that Galileo was propagating heresy. He was told to stop teaching or writing about the motion of the earth and sun.

Galileo partially complied, but continued to write in support of heliocentrism. In 1633, the Inquisition ruled he was steeped in heresy, forced him to recant, and sentenced him to indefinite house arrest, which lasted until his death in 1642.

By now, there must be very few who doubt the words Galileo is said to have murmured as he left the hearing “and yet it moves.” Even the inflexibly retrogressive Church belatedly came around to the truth – 360 years late. In 1992, after a 13-year investigation, it admitted that Galileo had been right and the Church had been wrong.

Lesson: When it comes to achieving an accurate understanding of our world, unfettered scientific research is essential; hide bound prejudice and ideology are great obstacles.

There are two vital public health questions that are left unanswered because our government has been tied up in ideological knots that resemble those of the Catholic Church 400 years ago.

Those two taboo topics are:

The first is blocked by the National Rifle Association’s bullying of Congress, which has refused funding for it. The second is blocked by the Drug Enforcement Agency, which refuses to allow the growth of marijuana plants in order for the research to be conducted.

It makes no sense to legalize pot for medical purposes, while making it impossible to do the research needed in order to determine which medical indications it is best suited for. 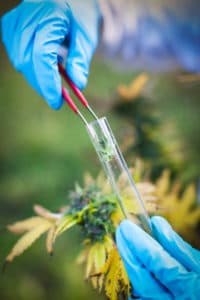 Twenty-nine states have already legalized pot for medical purposes, and twelve others are considering it. Pot is widely used for a wide variety of medical problems, including: pain, nausea and vomiting, cancer, neurological diseases, glaucoma, anxiety, depression, insomnia, and anorexia.

But there is this big disconnect.

Because research on pot has been so tightly restricted, we have very little knowledge on its efficacy, safety, dosing, interactions with other drugs, risk/benefit ratio, preferred preparations, means of delivery, patient preferences, risks of diversion, etc.

No Pharma-produced medication would ever get FDA approval with so little research evidence to back it up.

For reasons stated in previous blogs, I strongly support legalizing pot, even though it has been so poorly studied. Prohibition has failed to curb pot use and it is a far safer alternative to the prescription and street opioids causing a catastrophic epidemic of overdose deaths. But it’s crazy to have states facing this practical reality by rapidly legalizing pot for medical purposes, while, at the same time, the ideologically-driven federal government is doing all it can to discourage research on pot’s proper medical role.

The DEA has always defined its role narrowly – to fight the drug wars via interdiction, not to promote research or treatment solutions. It has discouraged marijuana research by authorizing only one antiquated growing facility.

The paradox is that the only people in the US who can’t score pot are pot researchers. And you can’t do pot research without pot.

The Obama administration saw the absurdity of this and was working towards a more rational, evidence-driven drug policy. It prevailed on the DEA to request proposals for new facilities to grow pot for research purposes. Twenty-five proposals were received – none have been acted upon positively or negatively.

The DEA offers vague bureaucratic excuses, but the obstacle is more likely political and ideological. The Trump/Sessions administration does not want to be seen as promoting and paying for pot growers. And the DEA likes to be an enforcement heavy, not a research softy.

Politics and ideology make for no science and irrational policy. We are, as a nation, trending rapidly toward the universal acceptance of pot as an approved medical treatment. However, we will be flying blind if we have no evidence as to what it should be approved for.