Pros and Cons of Pot Prohibition

The recent election results bring good news and bad news for those who favor decriminalizing marijuana. Legalized pot was a landslide winner in state elections – on the ballot in 9 states, it won in 8.

Recreational pot was approved by voters in California, Massachusetts, Maine, and Nevada – losing only in Arizona. It has been previously approved in Alaska, Colorado, Oregon, Washington, and DC.

Marijuana for medical use was approved by voters in Florida, North Dakota, Arkansas, and Montana – bringing the total of medical pot states up to 28, plus DC. Since medical indications for pot prescription are often loosely defined, approval of recreational use in these states will probably not lag far behind.

Voting Trends and the Uncertain Future of Pot

Voting trends and polling data suggest that pot will soon be legal in most, if not all, states – regulated and taxed in the same way states regulate and tax alcohol. But Trump’s election victory might make for a much more uncertain future. He has previously been all over the map on legalizing pot – as he has been on most issues. Trump seems personally to favor legalization and to support states’ rights in making this decision, but his close colleagues – Mike Pence, Rudy Giuliani, and Chris Christie – are strongly prohibitionist and more likely to be assertive about federal prerogatives. 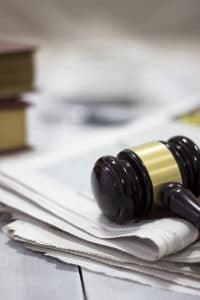 It is too early to predict whether it will be Trump, or his triumvirate, who has the final say in determining federal pot policy. Will Trump, the populist, go with the voters? Or will he follow the advice of his pot puritanical advisors? The politics get even more complicated considering that Trump’s most avid fans are in the deep south states that have been resistant to any form of pot legalization.

Until recently, there was a messy conflict between federal anti-pot enforcement policies and the more pot-friendly laws in some of the states. The disagreement was resolved by congressional and executive action in favor of reinforcing states’ rights. Congress passed the Hinchey-Rohrabacher amendment, prohibiting the Department of Justice from enforcing federal pot prohibitions in states where medical marijuana has been legalized. And a DOJ memo also freed states to follow their own inclinations regarding legalized pot for medical or recreational use, so long as they follow some loosely defined guidelines.

Both of these states’ rights positions could easily be reversed by a GOP Congress and GOP Executive Branch. This would doubtless lead to a federal vs states’ rights constitutional battle that would be decided by a GOP Supreme Court. It would not be technically hard for Trump’s advisors to slow down the legal pot trend, and perhaps reverse it, should they succeed in getting his approval to resume fighting the pot drug war.

The irony, of course, is that the GOP has, for many years, been supporting states’ rights to promote its conservative social agenda. To suppress pot, the party would now have to have to take the exact opposite stance of supporting federal power to rule the states. But don’t forget that political hypocrisy is more norm than exception.

All of the negatives about legalizing marijuana are absolutely true and nontrivial. It will almost surely increase pot use and, in some people, will cause mental and medical harms. By far the biggest danger of legalized marijuana is that it will result in more road and work accidents. Pot is already second only to alcohol as a risk factor, roughly doubling the odds of having a fatal car crash. There is no good roadside test for drug levels and its active ingredients may remain detectable for several days or even longer. And people who use pot often also use alcohol or other drugs, synergizing risk. 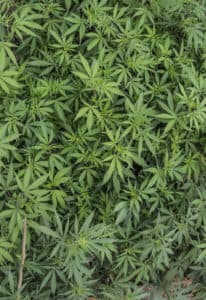 But these dangers pale in comparison to the dangers of substances that are already legal and pushed by the liquor and drug industries – e.g., alcohol, prescription opioids, benzodiazepines, stimulants, and sleeping pills.

More than 20,000 people die each year due to overdoses with legal substances. For purposes of striking comparison – no one dies from pot overdose. It is crazy to criminalize the much safer substance, while simultaneously allowing legal pushing of the dangerous ones.

And decriminalization has a tangible and very substantial beneficial effect. Studies show a 1/4 to 1/3 reduction in opioid deaths in those states that have legalized marijuana. Making pot more accessible results in much less opioid use and its much greater harms. A very good trade-off.

Sometimes, you are best known by your enemies. Marijuana has the most villainous of possible enemies – the campaigns against pot legalization are heavily financed by liquor and drug companies. And drug cartels also fear its competition.

Voters in most states will increasingly support legal access to marijuana. Trump will waffle, but eventually yield to the anti-pot sentiment of his inner circle. There will be a number of constitutional test cases probing whether jurisdiction should reside in the states or with the feds. The Supreme Court will back the states. And most states will eventually legalize pot – because voters want it, because it is a much lesser evil, because it makes sense, and mostly because it is a tax bonanza.

As predicted might happen, the legalization of marijuana has now entered into dangerous and uncertain legal and political terrain. Trump has yielded to the radical right in his appointment of Jeff Sessions as new Attorney General. Sessions is one of the country’s strongest and most ideological opponents of legalization. He is on record saying that: “Good people don’t smoke marijuana” – a remarkable denigration of all the good people already using pot legally in a majority of our states and an insult to the vast majority of illegal pot users who are also good people by any reasonable definition of the term.

It is quite likely that a federal/state jurisdiction battle will be fought in the courts, ultimately to be settled by the GOP Supreme Court. I would bet that the judges will decide in favor of states rights, pragmatics, and common sense – but anything is possible given crazy tenor of the times. I will update further when the dust begins to settle.