Nothing Matters More Than Saving His Life: A Case for Heroin Prescription in Acute Care

It’s happening again. It’s 2:17 and I’m standing outside my office, on the phone with a nurse at a local university hospital.

“It’s my understanding that K is not being given methadone, which is the standard of care, for his heroin withdrawal.”

There’s nothing the nurse can do. She offers to call me back with him and “answer your questions,” but he’s losing hope. He won’t call. He’s getting ready to sign out Against Medical Advice (AMA.)

“I tried,” I text his friend, who is a participant in a peer support group I facilitate and a friend. “He won’t get on the phone.”

The fact is, he’s not ready to face withdrawal, or even maintenance on methadone or Suboxone. He’s tried those before and always gone back. He wants his drug.

And he’s just been diagnosed with acute endocarditis. The doctors say that if he leaves the hospital, he will die.

I’m home doing my PhD work when I hear from my support group participant again. He’s signed out. They don’t know where he is.

When last she talked to him, he was already out and said if they could get him enough heroin to last the hospital stay, he would go back in. He said he’d call her when he got to the train station where he and his other homeless heroin user friends live outdoors…but that was hours ago. For all we know, he’s dead. 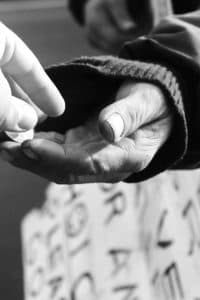 I’m about to go to bed when I get another text. He’s called her. He says that he will go back to the hospital and stay if she and their friends can get him enough heroin to last the stay.

“Jim is panhandling to raise the money now,” she tells me. Jim is another homeless friend who is still in active use. He is a kind and protective man who insists on walking her to her train when she visits them. She is only seven months abstinent herself, a veteran of homelessness and hospitalizations. But she is a rock, single minded in her quest to save her friend’s loss. “We are going to bring it to him tomorrow and we’re going to take him back.”

“Don’t have the drugs on you at any time,” I counsel her. “Let Jim hold them. He would have it in his blood if you were caught anyway. If you get caught, pretend you didn’t know. Protect yourself. You have a future.”

I wait a minute as I process the magnitude of the question. Am I angry that she is giving her friend drugs in order to make sure he receives the medical treatment without which he would surely die? How could I be? I would be less than human if I condemned her friend to death because he can not yet stop using.

“I’m not mad at all. I’m so proud of you I’m about to cry. Actually I’m crying. You’re saving a life right now. Nothing matters more than saving his life.”

I’m at my office; it’s the next day and I’m waiting on an update. His mother and brother are coming too and are going to bring him what he needs to use the drug. Amazing. The family is supporting him. He has a chance to get well.

Family support is critical to a person’s overcoming of a drug problem, yet the dominant paradigm tells families to practice “tough love” and kick their children out of the house and off their health insurance, often endangering their lives. Unfortunately, this only makes the person more likely to suffer more harms from their drug problem, and feel less motivation to get better.

Yet some families are fighting for compassionate, effective drug policies that give drug users a chance. Families for Sensible Drug Policy is a national non-profit organization whose mission is “Bringing our communities together to embrace enlightened drug policy – empowering families, restoring health and saving lives.”

A few hours later I get the text, “Mission accomplished.”

“He’s nodded out now,” she writes. “Hope no nurses come by!”

“People sleep in hospitals,” I write back.

“But they’re easier to wake up,” she answers. “And now Jim has nodded out in the bathroom and I have to pee!”

“This would be a clown show if it wasn’t real!” I write.

She sends me a pic of her friend, nodded out in a hospital bed with IVs in his arm. It’s the most beautiful thing I’ve seen in a long time. In spite of the system, he will get the care he needs. His life has a chance to be saved.

The idea of heroin maintenance is not new. Heroin assisted treatment has been proven effective in reducing harms to health in a randomized controlled trial in Switzerland of over 1,000 users (1). Use of street heroin, which is often contaminated and far more dangerous than pure heroin, declined in those who were treated in a supervised injection site in the UK (2). 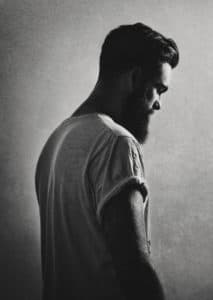 Provision of medical grade heroin under the supervision of a medical significantly decreases the risks of overdose, infection with HIV or Hepatitis due to use of shared needles, and crime due to having to buy drugs illegally. For those who, for whatever reason, can not quit, medically supervised heroin maintenance may be the only option that will save their lives.

In the acute care setting, we meet people who have uncontrolled diabetes, who continue to smoke in spite of lung cancer and multiple heart attacks, and who can’t lose weight but still get a knee replacement. Yet we refuse to treat people who use drugs unless they can get through withdrawal, which is one of the most horrible experiences a person can have. Providing heroin users with medical grade, safe and prescribed heroin, then monitoring their condition as a whole, with full transparency between medical team and patient, could help us treat these patients’ physical complaints and end the revolving door of ER admissions and sign outs AMA.

I can sleep tonight knowing that K is safe in the hospital. But I know he would get better care if his medical team were able to provide him with pure heroin, measure the dose and discuss with him and his friends who care for him the possible interactions. Taking away someone’s only coping mechanism when they are in acute physical crisis is a strategy that is bound to fail, and at worse to kill.

If doctors could provide prescription heroin to patients, they could become trusted partners instead of authorities who are feared. If they could meet the patient where he or she is, drug use and all, they might be able to create that spark of hope that life could be better without chaotic substance use. As it stands now, when their inability to prescribe heroin and at worst, their refusal to provide methadone for withdrawal, they are set up to break their oath to Do No Harm.

Today, we saved a life. My friend put her own safety on the line to do what it took to get her friend to stay in the hospital. I can only hope to change the national conversation to one where we value people’s lives over the content of their bloodstream.