What is Recovery? Here is My Personal Definition

My recovery from an alcohol use disorder was “established” in 1983.

Not long ago, I decided to borrow this terminology from “The Anonymous People,” a documentary feature film created by Greg Williams, owner of 4th Dimension Productions, about the more than “23 million Americans living in long-term recovery from addiction to alcohol and other drugs.” The film encourages such people to “come out of the closet” in order to break the stigma surrounding addiction, using a the tagline, “No longer will we remain silent.”

As interviewees tell their stories, captions such as “Established, 2001” signify when their recovery began. While the term is undefined in the film, I spoke with Williams after being invited to a preview of the film, telling him how consistent “established” is with my personal definition and experience of recovery.

I “came out” quite a while ago – in the introduction to my 2001 book, Sober for Good. To do so was one of the toughest decisions I’ve ever made, and it happened when the book was about to go to press. At this late stage, the book had no introduction because my editor had taken the introductory material and turned it into a chapter. Because it felt like something was missing, I turned to my husband for suggestions. He’s very private, so I was shocked when he said, “The introduction should be your story.” I was mortified (in large part because of the stigma of addiction) when upon publication, Amazon posted “my story,” front and center, on the book’s main page. (Interestingly, almost no one seemed to notice or ask me about it.)

When Does Recovery Begin?

When I’m asked, “How many years of sobriety do you have?” there’s not an easy answer. As is the case for more people than not, recovery hasn’t taken a straight and narrow path. Typically, my summary statement is that I’ve been abstinent for the vast majority of 31 years because in 1983, my recovery was “established.” At that time, after about seven years of struggling, I finally admitted to myself that I had a serious drinking problem and took definitive steps to do something about it. After that, my problem would be in remission for five to six years, then I’d test the waters by drinking again but soon come to realize that moderate drinking just wasn’t in the cards for me.

One never knows for certain, but I’m pretty certain that I’m done with that pattern. I certainly don’t live in dread of it repeating itself and feel confident of my skills should the problem recur. Indeed, there is evidence that teaching people to be prepared for instances of the possibility of using alcohol again and to manage them appropriately are much less likely to have serious recurrences of their drinking problems than those who consider drinking any amount of alcohol to be a relapse and then use again.

Even when drinking excessively, I was a high-functioning person who was able to perform well in my professional life, run five to six miles weekly, and carry on a good personal life.-Anne Fletcher

Even when drinking excessively, I was a high-functioning person who was able to perform well in my professional life, run five to six miles weekly, and carry on a good personal life. But long story short, I got caught up in a cycle of drinking and depression (with one fueling the other) until I finally decided that the costs outweighed the benefits. While my alcohol use disorder wasn’t severe and I didn’t know much about addiction during my early struggles, somehow, I was aware of the need for on-going support and always had a mental health/addiction specialist to return to when the problem flared.

It’s now widely recognized that for many people with substance use disorders, particularly more severe ones, the problem waxes and wanes. That’s why there’s a strong movement afoot to apply to addiction the same type of chronic care model that we use for disorders such as diabetes, asthma, or cardiovascular disease. Focusing on abstinence and having people “count time” from their last use experience can be at odds with this model and can get in the way of progress. Individuals with other chronic conditions usually learn to manage them, accepting that there will be some recurrence of symptoms, rather than see themselves as achieving complete remission.

William White, M.A., author of Slaying the Dragon, notes that the “conceptual fuzziness” over the term “recovery” has led to contention within support groups [such as AA] over when the state of recovery is achieved, lost, and reacquired. He also points out, “Imposed or self-embraced words that convey one’s history, character, or status have immense power to wound or heal, oppress or liberate. … A particular definition of recovery, by defining who is and is not in recovery, may also dictate who is…hired and who is fired, who remains free and who goes to jail, who remains in a marriage and who is divorced, who retains and who loses custody of their children, and who receives and who is denied government benefits.”

My Definition of Recovery 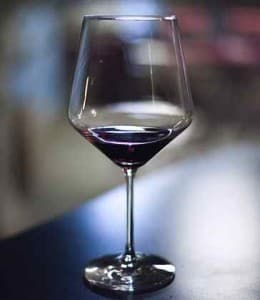 For me, recovery is the length of time between the present and the time when I clearly admitted to myself that I had a serious drinking problem and decided to take action.

Each week in my work at an outpatient facility that “meets clients where they’re at,” I meet individuals who continually work on getting on top of their addictions despite periods of “using again.” I’d say they are “in recovery” because they don’t give up despite setbacks. And after a long period of “being on top,” many people see themselves as recovered – past tense.

If it helps to ‘count time,’ so be it. But… any accrued sober time is always yours, even if you have a recurrence of alcohol or drug use.-Anne Fletcher

I do firmly believe that it’s up to each individual to choose his or her own definition, as suggested in my recent column, “What Exactly is Recovery?” which included a description of a study about how thousands of recovered people answered questions about the topic. Most seem to find that abstinence is the safest route. But for many who once had substance use disorders, recovery doesn’t include abstinence from alcohol and/or drugs. If it helps to “count time,” so be it. But keep in mind that any accrued sober time is always yours, even if you have a recurrence of alcohol or drug use.
Aurora Photos: Holly Wilmeth, Denis Darzacq, Elyse Butler